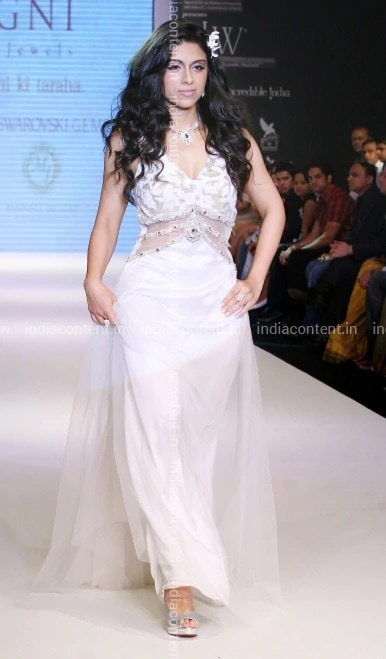 Zoa will be next seen in Taranveer Singh’s upcoming romance action drama film Tuesdays and Fridays which will be produced by Bhushan Kumar and Sanjay Leela Bhansali under T-Series and Bhansali Productions banner. She will appear in an important role in the film alongside debutant actors Anmol Thakeria and Jhatalekha Malhotra. The film is under post-production and is expected to be released by 2020.

Zoa Morani is born on 29 March 1988 into an Ismaili Muslim family in Mumbai, India. Her parents are Karim Morani and Zara Morani. His father Karim Morani is a Bollywood film producer and also the director of Cineyug Entertainment, one of biggest film-based event management companies. She has a younger sister Shaza Morani.

In 2003, she appeared alongside Aadil Sharma and Taj in a thriller short film VIP 13824 directed by Aastha Bhandari and Amit Shekhar. Zoa started her career in Bollywood as an assistant to director Farah Khan in the 2007 fantasy romantic melodrama film Om Shanti Om starring Shah Rukh Khan and Deepika Padukone. She also assisted director Rajkumar Santoshi in the 2008 drama film Halla Bol starring Ajay Devgn, Vidya Balan and Pankaj Kapoor. She didn’t have an interest in film direction, but she assisted Farah and Rajkumar in the movies to get familiar with acting.

Zoa made her acting debut alongside Ali Fazal, Giselli Monteiro, Harsh Nagar and Satyajeet Dubey in Shah Rukh Khan’s production venture Always Kabhi Kabhi (2011) directed by Roshan Abbas. She played the role of ‘Nandini Oberoi’ who is one among the four teenagers who makes a dramatic journey during their happening final year at school. The opportunity to act in a film produced by Shah Rukh Khan was a ‘dream come true’ for the newcomers in the Hindi film industry, but the film failed to meet its expectations, critically and commercially.

Following the failure of the Always Kabhi Kabhi, Zoa was said to be offered a role in Award-winning director Shyam Benegal film but it did not ever happened. She didn’t want to commit any new film soon after Always Kabhi Kabhi. She also had to compromise on her film career to deal with family issues while her father’s Karim Morani, was one among the accused in the controversial 2G spectrum allocation scam.

One of the top hit films that Zoa appeared in is Shivam Nair’s 2015 thriller Bhaag Johnny. Zoa played the role of ‘Tanya Malik’ alongside Kunal Khemu who plays the title role of Janardhan “Johnny” Arora and Mandana Karimi who played ‘Rachel Robinson’. The film which was Zoa’s comeback after Always Kabhi Kabhi in 2011 and Kunal’s comeback after Go Goa Gone in 2013 had them together in some intimate scenes.

Zoa played the character of ‘Jehan Irani’ in the popular Zee5 Original’s comedy-drama web series Akoori directed by Harsh Dedhia and released in 2018. Zoa appears alongside Lillete Dubey, Darshan Jariwala, Adi Irani and Shadab Kamal in the web-series that revolves around a dysfunctional Parsi family. The web-series has a rating of 6.8 out of 10 on IMDb.

In 2018, she also appeared alongside director turned actor Adeeb Rais in the web-series Yeh Crazy Dil. The web-series produced by Mad Midaas Films was popular among youngster for its fun-filled, relatable and multi-layered approach on millennial relationships. She appeared in all six episodes titled ‘The Pendrive’, ‘Kamshet boss’, ‘Going with the flow’, ‘It’s complicated’, ‘Drunk Dialed’ and ‘Expiry Date’.

She also appeared in Zee5 Original’s horror-comedy series Bhoot Purva directed by Zeishan Quadri. The 10-episode series that premiered in 2019, starred Zoa alongside Omkar Kapoor, Rishab Chadha, Manu Rishi Chadha, Jayati Bhatia and Baba Sehgal. The series has its combinations of twist and turns which are perfectly punctuated with humour.

Zoa hasn’t received any awards or award nominations so far in her film career. She is yet to make a major break in her career and it could be with her upcoming film Tuesdays and Fridays.

Zoa was in a relationship with actor Shamik Raja. She took up modelling project in the Lakme Fashion Week in 2011. But, it was Lakme Fashion Week in 2012 that made her controversial in the media. Her favourite actors are Shah Rukh Khan and Hrithik Roshan and her favourite hobbies are Ashtanga Yoga and theatre. Zoa is a fitness enthusiast who is much concerned about staying in shape. She belongs to the zodiac sign of Aries.

The India Content website has a good stock of Zoa Morani images. The high-definition images on the website are available in three sizes – small, medium and large.