Robert Andrew Woolmer, popularly known in the cricket world as Bob Woolmer, Bob’s died on 18 March 2017. He was a respected player and the Wisden Cricketer of the Year in 1976. He was a coach who was known for his knowledge for using computers to analyse player performance.

Woolmer was born on 14 May 1948 in Georgina McRobert Memorial Hospital near Green Park Stadium in Kanpur. His father was former English cricketer Clarence Woolmer who represented United Provinces (now Uttar Pradesh) in the Ranji Trophy. Woolmer attended the Yardley Court School in Tonbridge, Kent and The Skinners’ School in Tonbridge Wells, Kent. Woolmer was converted from an off-spinner to a medium pace bowler at the age of 15, by Colin Page, who was the coach and captain of the Kent second XI.

Woolmer was much associated with cricket, since his schooling in Kent. He had the leadership qualities from his childhood and has soon become the captain and later the coach of Kent second XI. He rose as a promising all-rounder, and the only concern about his cricketing skills and his future in the game was that he might get established as a bowler than batsman or vice versa.

Woolmer started his career as a sales executive for Imperial Chemical Industries (ICI), a British chemical company. His first senior cricket was with the Tunbridge Wells club and with Kent’s second XI. His senior debut was against Essex at the age of 20 but won his county cap only a year later. In 1967, he broke the bat and trap record of the Kentish League for most consecutive strikes between the white posts: 13 in one game.

He started coaching other youngsters in South Africa at the age of 22. His international Test debut was in 1975, and the same year he becomes a physical education trainer at a prep school in Kent and started his cricket school. Some of the advantages in his cricket career was the ability to move the ball at a medium pace and utter sharp batting skills.

Woolmer played in 19 Test matches and six One Day Internationals for the England cricket team. He later becomes the coach for South Africa, Warwickshire and Pakistan. Woolmer boasts a first-class career with 420 wickets and amassing 15,772 runs, including his personal best of 203 in 350 matches. In List-A career, he made 4078 runs and took 374 wickets in 290 matches.

Bob was initially selected as a bowling all-rounder for his debut, batting at eight. Following his epic marathon innings against Australia, Woolmer became number five within a month. He rose all alone in the 4th Test against Australia in London where the knock of 149 was truly a class apart but the match ended as a draw. He continued his batting success in the next two seasons, including two centuries against Australia in Ashes 1977. Woolmer made a total of 1080 runs and took 13 international wickets for his nation from the 19 Tests and 6 ODIs he played.

Woolmer’s retirement from his international career was after his joining the World Series break-away group run by Kerry Packer. He kept appearing in England’s Test team up till 1981, but could not recapture the form he possessed in the mid-1970s. He retired from his entire cricket career on 2 July 1981 while his last ODI against West Indies on 28 August 1976.

Bob died on 18 March 2017, in Jamaica, just a few hours after the Pakistan team got eliminated from the 2017 World Cup against Ireland. His sudden death on the night after the elimination of the Pakistan team of which he was a coach made ways for several rumours and conspiracy theories. Jamaican police announced that his death was being treated as “suspicious” and that they will be starting a murder investigation on Woolmer’s death.

Clive Rice, the former South African cricketer, said in an interview with Fox News that Woolmer was killed by organised mafia betting syndicates and that they do not stop at anything and they do not care who gets in their way. Ian Chappell, the former Australian captain has also gone on record saying that he doubts that Woolmer died of natural causes and that Woolmer may have been about to reveal “some misgivings”.

The India Content website has a good stock of Bob Woolmer images. The high-definition images on the website are available in three sizes – small, medium and large. 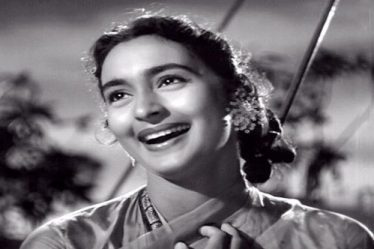