Social media was flooded with heartfelt tributes for the Bollywood Showman on his birth anniversary on December 14, with son Rishi Kapoor posting a throwback picture of his late actor father Raj Kapoor to honour him. He took a trip down the memory lane and dug out an invaluable black-and-white throwback picture of his dad. The photo, which features Raj Kapoor posing with a doll, is a still from his 1970 film Mera Naam Joker, which also starred Rishi Kapoor as a child artiste.

Actor Anil Kapoor also remembered the Greatest Showman on his birthday. He shared an old photo of him and tweeted: “Remembering #RajKapoor on his birth anniversary…my most memorable parties were with him for his birthday in Chembur. Filled with glamour, glitz, showmanship and the entire film industry! There never was and never will be anybody like him.”

Raj Kapoor, the legendary Indian film actor, producer and director with a unique vision for Indian cinema, was born on 14 December 1924 at Kapoor Haveli in Peshwar to actor Prithviraj Kapoor.

Raj Kapoor was a member of the Kapoor family which has produced several Bollywood superstars. He is regarded as one of the most influential actors and filmmakers in the history of Indian cinema. He was once known as the Greatest Showman of Indian Cinema.

At a very young age, Raj Kapoor started his studios, RK Studios. His films were progressive and way ahead of its time. Even though they were commercial, they had strong content and never ended without giving the audience a taste of realism while delivering a strong message. Even now, his movies are relevant and subtly reflects the social, economic and political conditions of modern times.

At one point of time, he had mortgaged everything he owned to make the film ‘Mera Naam Joker’, which was way ahead of its time.

The great actor and filmmaker was a two-time nominee for the Palme d’Or grand prize at the Cannes Film Festival for his films ‘Awaara’, which was released in1951, and ‘Boot Polish’(1954). His performance in ‘Awaara’ was ranked as one of the top ten greatest performances of all time by Time magazine. His films were highly appreciated by worldwide audiences, particularly in Asia and Europe. He was called “the Clark Gable of the Indian film industry”.

Not many of us know that the Filmfare Lifetime Achievement Award is named after Raj Kapoor.

The Greatest Showman also earned India’s highest award in cinema, the Dadasaheb Phalke Award in 1987 by the Government of India.

Raj Kapoor acted in several films and was always appreciated for his outstanding performance and the content of the films he would choose to work in.

The India Content website has a good stock of images related to Raj Kapoor. You will also find several pictures of Raj Kapoor’s family on the website. The high-quality images are available in three sizes-small, medium and large. 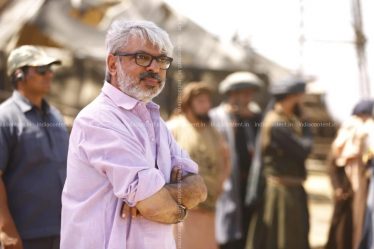