The popular Indian fashion photographer and Bollywood film producer, Atul Kasbekar celebrated his 55th birthday this year on April 22. Kasbekar is well known for the shoot for his Kingfisher Calendar. He served as the honorary chairman of the Photographer’s Guild of India.

Atul Kasbekar was born on 22 April 1965 into a Gaud Saraswat Brahmin family of Karwar origin in Mumbai, Maharashtra. He attended the All-Boys Campion School in Mumbai and Jai Hind College (University of Mumbai). He joined for chemical engineering at UDCT, which is now Institute of Chemical Technology, Mumbai, but dropped out after the first year and went on to become a photographer. He graduated from the Brooks Institute in Santa Barbara, the United States in 1988 where he was the topper of the batch.

He received training for over a year in Los Angeles and worked with leading photographers like Dennis Gray, Ron Slenzak, James B Wood, Jay Silverman, Jay P Morgan, Bill Werts and David Le Bon. He returned to India from the US in 1990 and started his professional career as a photographer in 1991 by launching his own studio, Negative Space.

Kasbeskar also launched Corporate Image, a company providing identity management services for top management and spokespersons within an organization. The specialist imaging service involves research on client organisations’ values, individual tastes and style sense to create an annual images bank for the company’s brand communication such as a brochure or annual reports. Many corporate leaders like Ratan Tata, Vijay Mallya and Anil Ambani have been a client of Kasbeskar.

In 2005, Kasbekar won the prestigious International Food and Beverage Creative Excellence Awards (FAB Awards) at London, for his work on Kingfisher Calendar. He was the first nomination from India to win the award.

The India Content website has a good stock of Atul Kasbekar images. The high-definition images on the website are available in three sizes – small, medium and large. 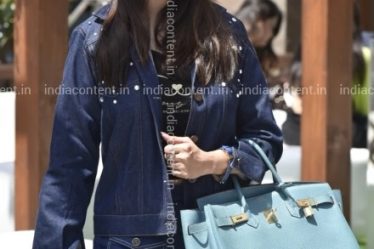