Deepti Naval, who is known for her portrayal of some of the most powerful female characters in Indian cinema, celebrated her 63rd birthday this year.

Deepti Naval was born on 3 February 1952. She is the first American-Indian to work in Hindi films. Besides, she is a director, writer, painter and photographer. This multi-talented personality has majorly contributed in the field of art cinema, and also won critical acclaim several times for her outstanding performances in films that emphasised the changing role of women in India.

Deepti was recognised as the 2007 Tribute Honoree of the Indian Film Festival of Los Angeles. She wrote and directed a women-centric TV serial THODASA AASMAAN, and also produced a travel show The Path Less Travelled.

The veteran actress made her debut in theatre in 2015 with the poetic stage show, EK MULAQAAT where she played the celebrated Punjabi writer, Amrita Preetam.

In 2019, the actress appeared in an episode of a web series ‘Made in Heaven’ on Amazon Prime which was directed by Zoya Akhtar.

Deepti studied at the Sacred Heart Convent, Amritsar, and migrated to the US with her family in 1971. She graduated from Hunter College of the City University of New York and obtained her Bachelor’s degree in Fine Arts studying Painting as her major subject and English and Psychology for minors. Also, she had been interested in studying American Theatre, Photography, and Astronomy. The actress had spent a lot of time in New York for doing workshops on Creative Writing.

Deepti’s father Uday Chandra Naval was a professor, head of the English Dept. at the Hindu College, Amritsar. He graduated from a government College in Lahore with Honors in English literature. Deepti’s mother Himadri Gangahar was a teacher and a painter. She was born and brought up in Burma, where she studied at the Jesus and Mary Convent in Mandalay. She later had to migrate to India during the Japanese invasion of 1942. Himadri was a cinema enthusiast. Her love for music, dance and drama were infused into the mind of her daughter through bedtime stories.

Deepti Naval made her debut in 1978 with Shyam Benegal’s film JUNOON. After two years, she made her debut in 1980 with the film EK BAAR PHIR, for which she won her first Best Actor award, and since then charmed the audience with a host of characters that she played in more than 90 films, including, LEELA, KATHA, MIRCH MASALA, MAIN ZINDA HOON, DIDI, SHAKTI, FIRAAQ, NH-10 and many more.

Alongside Shabana Azmi and Smita Patil, Deepti became an actress in 1980s Parallel Cinema, playing roles in films like KAMLA (released in 1984) and ANKAHEE (released in 1985).

Deepti was honoured with the Best Actor in several international film festivals for her roles in films like Firaaq, Leela, Memories in March, etc. She also won Best Screenplay at the New York Indian film festival for her directorial film, DO PAISE KI DHOOP, CHAAR AANE KI BAARISH.

Deepti did several films with Farooq Shaikh and they became a popular on-screen couple of the early 1980s. They worked together in hit films like CHASHMEBADDOOR, SAATH SAATH, KISSI SE NA KEHNA, RANG BIRANGI, etc. After decades, this famous on-screen couple was again seen in the film TELL ME O KKHUDA in 2011. Their last film together was LISTEN…AMAYA which was released in 2013. It was also the year of Farooq Shaikh’s death.

Also, there are several super hit songs from the films in which Deepti Naval has appeared which can still leave the listeners awe-struck. The songs like Tum Ko Dekha To Yeh Khayal Aaya…., Yeh Tera Ghar Yeh Mera Ghar.., Pyar Mujh Se Jo Kiya….Yun Zindagi ki Rah Mein…are the evergreen songs which anyone would like to listen to on repeat.

The India Content website has a good stock of high-definition images of Deepti Naval from various shows, shoots, theatre and many other events. The images on the website are available in three sizes – small, medium and large. 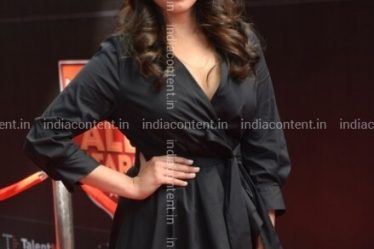