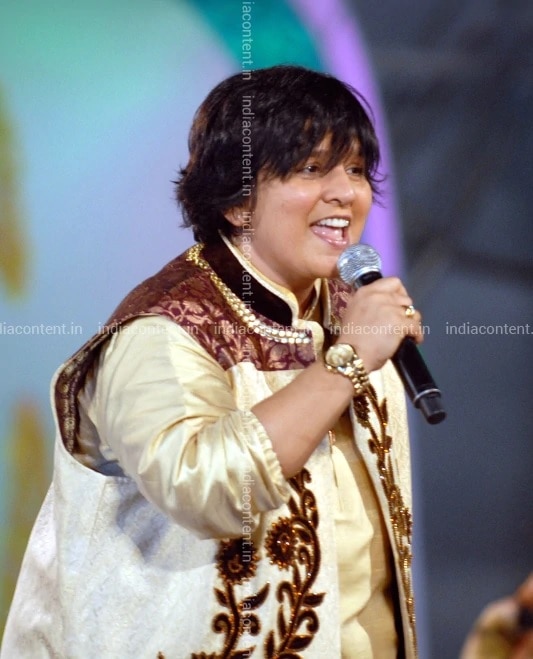 Wishing a leading Garba performer and singer loads of happiness on her 56th birthday!

Mumbai based Indian singer, performing artist and composer Falguni Pathak is celebrating her 56th birth anniversary this year. She has acquired a huge fan base in PAN India and overseas after her professional and private debut in the year 1998. She is predominantly considered as the ‘Queen of Dandiya’ and is well-known for belting out traditional forms of music of Gujarat state. She made her first appearance in the album released in 1998. She has vocalized various romantic songs which have been showcased in Indian Hindi cinema. Her energetic performances and concerts have made a splash in India and abroad both. A band titled as ‘Ta Thaiyaa’ encompassing eighteen comrades has supported her dynamic voice a lot. She is also recognized for causing a sensation during the nine nights of Navratra celebrations.

Having taken birth in the land of unique culture, colourful handicrafts, festivals and food in Vadodara, Gujarat, Falguni emerged as an illustrious singing and performing begetter. She keeps on fusing traditional styles with a more state-of-the-art approach.

In the year 2000, she has triumphed the ‘International Viewers’ Choice Award for MTV India for her pop song ‘Maine Payal Hai Chhankai’. She was also honoured with Dada Saheb Phalke Excellence Award in 2007.

As she was born and brought up in a Gujarati family, she used to listen to the radio very much and therefore, gradually developed her interest in singing. On Independence day, she performed for the first time on stage at the INS Udaigiri ship and belted out the song ‘Laila O Laila’ from the movie ‘Qurbani’ (1980) when she was just nine years old. She was rebuked by her father for her stage performance and was palpably punished.

Falguni used to listen to Garba songs a lot throughout her childhood because of which she infused this genre in her performances. She learnt the Garba from her mother and began performing as a chorus singer at the Navratri events.

She belled the cat in costume designing also and made her contribution in the movies such as Dil Vil Pyar Vyar and Dil Hai Tumhaara in 2002.

She is well-known for her cute love stories depicted along with her melodious songs and albums. She is famous for her Indian pop singles which are still heard and admired by Indians.

Let’s have a glance at her family life and know about her background.

Falguni’s natal day falls on 12th March 1969. Hailing from Brahmin family, she was born in Vadodara, Gujarat. Her parent’s names are not revealed. She has four elder sisters and she is the fifth and last among five children of her parents. She is 8 years younger to her fourth sister. Probably, her parents were expecting a baby boy when she was about to take birth, hence this could be the major cause of her tomboyish appearance. Her sisters used to clothe her as a boy while having a look at her childhood photographs playing with her sisters. She completed her Bachelors in Commerce from Smt. M.M.K. College of Commerce & Economics, Mumbai. She is pure vegetarian and enjoys eating Dal Dhokla, Pasta, Pizza, Pani Puri, Sev Puri and Dosa. Her favourite beverage includes Chamomile Tea. She carries a long list of her best-loved musicians and singers encompassing Asha Bhosle, Kishore Kumar, R.D.Burman, Shankar Mahadevan, Usha Uthup, Shubha Mudgal, Mariah Carey, Celine Dion, Michael Jackson, Boyzone, Diwaliben Bhil, Divya Kumar and Parthiv Gohil. If we go with her dressing style, she usually puts on Chinos with a loose-fitting T-shirt and a black waistcoat. Her all-time favourite restaurants include Ram Ashraya, Elco Restaurant, Puranmal and Vile Parle in Mumbai. She possesses a bug-segment and luxury car Mercedes-Benz.

Falguni received formal training in vocal music from Bhavdeep Jaipurwale for 5 years and was trained in folk music under Diwaliben Bhil. If we talk about her personal life, she is still single and has not found her soulmate as yet. The spiritual guru Shri Aniruddha Bapu is her motivation and gives her power.

The India Content Website has a huge stock of high-definition images related to Falguni Pathak. The pictures are obtainable in three sizes – small, medium and large.