Hailing from a Bengali family, Priya Banerjee was born in Kolkata, West Bengal on 16th April 1990. Soon after her birth, her family was shifted to Calgary, Canada and she was nurtured there. Her father is an Engineer and her mother is a housewife. She did her early education from The Paul Merage School, Calgary, Canada, and acquired a degree in International Marketing and Computer Science from a university in Canada.

Priya’s father was passionate about singing and thus, he wanted her daughter to be a singer. She is a skilled Kathak Dancer and took a course in dancing for six years. She has staged at several events in Canada. She is also schooled in Rabindra Sangeet, songs written and composed by Rabindranath Tagore. In 2012, she enrolled herself in Anupam Kher’s Actor Prepares faculty to wade through acting.

Priya embarked on her career as a model and TV Host in Canada. In 2011, she contested in Miss World Canada beauty pageant and was conferred with the ‘Miss Photogenic’ award. Before making a debut in the entertainment industry, she worked conjointly for ‘WeChat’ advertisement alongside Parineeti Chopra and Varun Dhawan.

In 2013, she made her first on-screen appearance with the Telugu movie ‘Kiss: Keep It Simple Stupid’ opposite Adivi Sesh. Next, she performed in the second Telugu movie Joru alongside the other leads Sundeep Kishan and Rashi Khanna in 2014. In the same year, she acted in her Tamil debut movie Ula.

In 2015, she got her first breakthrough in the Bollywood movie ‘Jazbaa’ which also featured Aishwarya Rai. Additionally, she has also performed in web series such as Social in 2017 and Rain in 2018. She played the role of Myra in social and Barkha in Rain. Later in 2019, she was seen in the popular movies 3 Dev and Hume Tumse Pyaar Kitna. Her previous movie 3 Dev made a splash on the box office. In the same year, she made her appearance in several Hindi web series namely Baarish, Bekaaboo, Love Bites, and Hello Mini. In MX Player’s series Hello Mini, she enacted a heroic role of Ishita.

Her best movies Joru (2013) and 2016 The End (2017) a comedy-drama directed by Jaideep Chopra caused a stir among the audiences. In the movie 2016 The End, five actors namely Rahul Roy, Divyendu Sharma, KikuSharda, Harshad Chopra, and Priya Bannerjee were portrayed in lead roles. Some of her notable credits also include Asura, Dil Jo Na Keh Saka, and Chithitam Pesuthadi 2. She juggles between Canada and Mumbai because of her profession.

Priya is going around with Aman Bhopal. Her leisure interests include yoga, gymming, shopping, and travelling. Her best-loved cuisine is Chinese and she enjoys eating non-vegetarian food a lot. Salads, French fries and Cheese omelet top the list of her favorite food. Her most-cherished actors are Anupam Kher and Shahrukh Khan and actresses are Aishwarya Rai and Kangana Ranaut. Her most-liked films are Fashion and Queen. She loves to listen to the songs of Kishore Kumar and Mohammad Rafi. Running and Yoga is part of her regular regimen. She is an avid dog lover and has a pet dog. Her dog’s name is Abby. She hates liars and fraudulent people. She is claustrophobic.

We wish the scintillating actress a healthy and wealthy future ahead!

The India Content Website has a huge stock of images related to Priya Banerjee. The high-quality pictures are available in three sizes – small, medium and large. 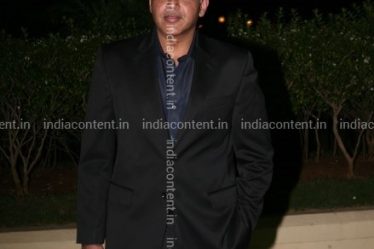