A renowned playback singer, Shreya Ghoshal turned 36 on 12th March. She has sung for many movies as playback singer in several languages such as Hindi, Bengali, Telugu, Tamil, Kannada, Malayalam, Marathi and more.

Hailing from Bengali Hindu family, she was born in the Berhampore city of Murshidabad district, West Bengal and brought up in the Rawatbhata city of Rajasthan – a small town near Kota, India. In 1984, she was born to father Bishwajit Ghoshal who is an electrical engineer and is working with Nuclear Power Corporation of India, and mother Sarmishtha Ghoshal who is a literature post-graduate. She has a brother named Soumyadeep Ghoshal. Till 8th standard, she studied in Atomic Energy Central School no. 4, Rawatbhata and later went to Atomic Energy Central School in Ansuhakti Nagar after shifting to Mumbai. After school, she got herself enrolled in science at Atomic Energy Junior College but later chose Arts and joined SIES College of Arts, Science and Commerce, Sion West, Mumbai with English as major.

In 2003, she belted out the song ‘Har Taraf Har Jagah’ in the movie ‘Saaya’ and also made her first appearance in the same song. The jewellery store Joyalukkas cast her in its advertisement in 2011 which was broadcast in 5 different languages including Hindi, Tamil, Malayalam, Kannada and Telugu. Shreya has appeared as judge on several television reality shows such as ‘Voice of India – Chhote Ustad’, ‘Indian Idol Junior’ and ‘Music Ka Maha Muqqabla’.

Shreya has achieved this position after going through various hardships. She is considered as one of the ace singers of Bollywood who has spent her melodious journey in the music industry. A compiled list of her few illustrious songs includes Manva Lage, Agar Tum Mil Jao, Sunn Raha Hai, Deewani Mastani, Saibo, Teri Ore, Mere Dholna, Jaadu Hai Nasha, Pal Pal Har Pal and many more.

Though all her songs made a splash on the silver screens, she made her distinctive place in the hearts of the audience and her admirers.

Shreya had an affair for nearly 10 years with her childhood friend Shiladitya Mukhopadhyaya who is an entrepreneur. On 5th February 2015, she exchanged her nuptial vows with him. She loves travelling and reading books and cooking has a healing effect on her.

She began her music training at the age of four. When she was just six, Padamshree Late Kalyanji Bhai upskilled her in classical music for one and a half year and later she pursued her training from Late Mukta Bhide in Mumbai.

Her mother backed her in rehearsals and led the way in Tanpura beginning with Bengali songs. She made her debut stage performance at a club’s annual function. At the age of 16, she contested in television reality show Sa Re Ga Ma Pa on Zee TV in 2000 and won.

She has bagged numerous laurels for her performances. The United Kingdom dignified her as the selected member of House of Commons. In 2010, 26th June was announced as ‘Shreya Ghoshal Day’ by the Governor of the US State of Ohio. In 2015, the Mayor of the city of Cincinnati promulgated 24th July as ‘Shreya Ghoshal Day of Entertainment and Inspiration’. She bagged National Film Awards for the song ‘Bairi Piya’ for the movie Devdas in 2002, ‘Dheere Jalna’ for the movie Paheli in 2005, ‘Yeh Ishq Haye’ for the movie Jab We Met in 2007, ‘Pherari Mon’ for the Bengali movie Antaheen in 2008 and ‘Jeev Rangala’ for the Marathi movie Jogwa in 2008.

She is one of the most recognised singers of the music industry. She earned seven Filmfare Awards for lending her voice to Bollywood.

We wish the leading starlet of music industry good fortune, contentment and good health in life!

The India Content website has a huge stock of high-definition images related to Shreya Ghoshal. The images are available in three sizes – small, medium and large. 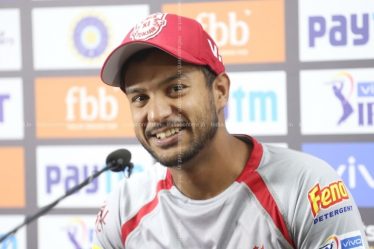