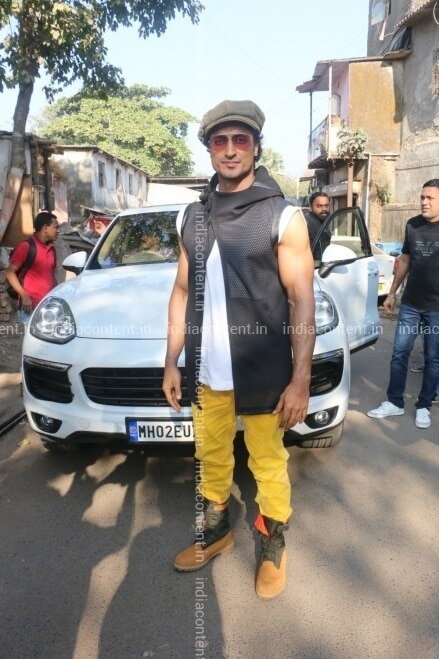 Wishing happiness and success to one of the leading Indian stuntmen and martial artists, Vidyut Jammwal!

A 39-year-old leading Indian actor, martial artist and stunt performer Vidyut Jammwal’s natal day falls on 10th December 1980. He was born to a father who served as an Indian Army officer and mother Vimla Jammwal in Kanpur, Uttar Pradesh, India. He lost his father at a very tender age. He has one sister. He belongs to Jammu & Kashmir and stayed in several regions of India because of his father’s regular postings. His mother used to run an ashram in Palakkad, Kerala where he started learning martial arts in Kalaripayattu at the age of three. He studied there till the age of 13 and later went to Army Public School, Dagshai, Himachal Pradesh. He took training in martial artists while travelling with them. After obtaining a degree in martial arts, he staged in live-action shows and different martial arts competitions across 30 countries. In 1996, he was a model in Delhi and contested in Gladrags competition in the year 2000. His leisure interests include working out, going to temples, watching movies and travelling.

His mother is a former Miss Jammu and Kashmir.

In 2012, he bagged Filmfare Award for Best Male Debut and Stardust Awards for Breakthrough Performance for the movie Force.

Vidyut moved to Mumbai to exhibit martial arts at a bigger platform and fortunately was chosen for John Abraham starrer Nishikant Kamath’s movie Force in 2011 which was a remake of Tamil movie Kaakha Kaakha in 2003. He was featured in a negative character in this movie and bagged numerous best debut awards. Post this movie, he was offered various negative characters in action movies. His filmography includes a total of eight movies in Bollywood including Force, Commando, Bullet Raja, Commando 2, Baadshaho, Yaara, Awara Paagal Deewana 2 and Junglee. He has portrayed in Tollywood and Kollywood, too.

In the same year, he gave his first on-screen appearance in Telugu movie titled as ‘Shakti’ and Oosaravelli in negative roles. He was critically acclaimed for his first Tamil language movie Billa II as the rival opposite to Ajith Kumar. He also portrayed as a rival in his next movie Thuppakki opposite actor Vijay which hit the box office and garnered him a SIIMA Award for Best Actor in a Negative Role.

Vidyut was also seen in Bollywood movie Commando playing the role of protagonist and performed the warfare actions without any support of stuntmen. In July 2013, this movie was presented at the Fantasia Film Fest in Montreal for the first time and international media and action directors named him India’s answer to Bruce Lee and Tony Jaa. He enacted as a sharpshooter cop in Tigmanshu Dhulia’s Bullet Raja after the favourable outcome of Commando. He was also featured in the second sequel of Commando which saw huge success at the box office. In Baadshaho, he played the character of an Army Officer, but the movie did not do well at the box office. In 2019, an American director Chuck Russell cast Jammwal in his debut Bollywood movie Junglee and then he was appeared in Commando which also made a splash in Indian cinematography. His projected movies include Tigmanshu Dhulia’s Yaara which is an official remake of the French movie Les Lyonnais.

If we talk about Vidyut’s personal life, he is dating actress Mona Singh as of now.

He voluntarily provides classes to girls and teaches them self-defence techniques.

Looking at his favourites, he enjoys eating Tofu, Gulab Jamun, Bhel Puri and Pani Puri. His best-loved thespians include M.G.Ramachandran, Rajnikant, Kamla Hassan, Hrithik Roshan, Sunil Shetty, Salman Khan, Huma Qureshi, Nargis Fakhri and Shruti Haasan. His most cherished Bollywood movies include Singh is King, Hollywood movie is Robocop and Chinese movie is Police Story and Enter The Dragon. He likes to listen to the song ‘Lutt Jawan’ from the movie ‘Commando’. His favourite director encompasses N.Lingusamy, AR Murugadoss, Prabhudeva, Shankar, SS Rajamouli, Dibakar Banerjee, Imtiaz Ali, Anurag Kashyap, Vipul Shah and Tigmanshu Dhulia. He possesses a luxurious car Jaguar because of which he is considered as the style icon.

Vidyut is a follower of PETA and in 2014, PETA titled him as the hottest vegetarian of 2013. Jammal represented his muscular body in 2018 PETA drive for India’s National Nutrition Week focusing on the tagline ‘Kick the meat habit. Go vegan’.

He is a strong believer of Lord Hanuman.

He is a gym rat who pursues a hard workout regime in which he does 5 days martial arts training, 2 days weight training for 6-7 hours a day including warm-ups, running/sprinting, pull-ups, squats, handstand walks, upper body exercises which encompass roman rings, parallel bars and push-ups.

The India Content Website has a huge stock of high-quality images related to Vidyut Jammwal. The images are available in three sizes – small, medium and large.