Bigg Boss Season 13: Date, time, contestants and all you need to know about the Show 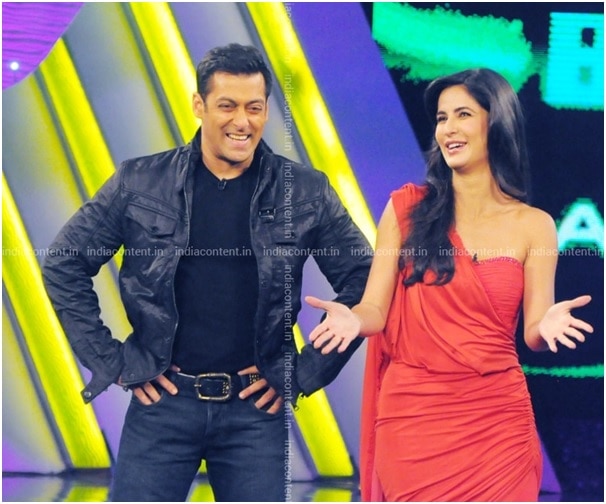 Bigg Boss Season 13 is ready to air its premiere episode on September 29, 2019, on Sunday at 9 pm. In the current promo, it is revealed that the episodes on weekdays—Monday to Friday will air at 10.30 pm IST. In Bigg Boss season 13, the show has moved from its regular location in Lonavala to Mumbai’s Goregaon Film City.

All the teasers of the show are very interesting. Salman Khan is telling the viewers that the show time is going to be ‘tedha’ (twisted) and unpredictable. He has also asked the participants to be on their toes from the starting of the show.

Bigg Boss 13 Key Contestants: Who are you going to see inside the house?

Like every year, this time, too, there are many rumours surrounding the possible contestants. People are left to guess who is going to be a part of season 13. While no official list has been put out yet, as per the sources some popular faces from the television soaps will be there in the show.

The channel has confirmed the entry of Devoleena Bhattacharjee and Siddharth Shukla. The names of remaining contestants will be announced on the opening day of the show. In the meantime, some of the other contestants who could be a part of the season are Rashami Desai, Dalljiet Kaur and Arti Singh. Besides, it is rumoured that Koena Mitra will also be a part of Bigg Boss season 13.

Vivian Dsena, who recently quit TV show Shakti-Astitva Ke Ehsaas Ki is expected to be a part of Bigg Boss 13. The actor is reportedly considering the offer seriously. There are also rumours that his ex-wife Vahbiz might also participate in Bigg Boss season 13. Undoubtedly, this is what the audience want and would love to watch the separated pair together.

Dalljiet from the TV show ‘ Guddan – Tumse Na Ho Paayega’ might also be seen in the show and as per a source close to the actress, Dalljiet is quite excited about it. With her, the scene is different. She doesn’t want Shaleen Bhanot to be a part of the show as she would not be comfortable around him.

Shivin Narang would be was offered ‘ Bigg Boss’ before he began shooting for ‘ Khatron Ke Khiladi’. He was confused about ‘ Bigg Boss’ as he was offered a lead role in the upcoming season of ‘ Beyhadh’ on a rival channel. So it was a difficult decision for him. Now, everything seems fine. But, he is still confused and may switch to the other show.

Rashami Desai might enter the show with rumoured boyfriend Arhaan Khan from the show  ‘Badho Baho’. Rashami’s ‘Uttaran’ co-star Arti Singh will also be seen in the show. According to a source, Rashami has been approached many times for the show, and this year the makers of the show approached Arhaan, too. She is quite excited about her new journey in the Bogg Boss season 13

There are reports that Jasmin Bhasin, Paras Chhabra and Avika Gor will also be there as contestants of the show.

As per the latest reports, the winner of Bigg Boss season 13 will take home Rs 1 crore, instead of 50 lakh, which was the prize money till now. Salman Khan will host the popular reality show for the 10th year in a row, which invites celebrities to stay inside one house for a period of three months.

Bigg Boss season 13 is coming soon with a double dhamaka. This season will have only celebrities and no commoners. There’s no theme this time and everything in the house will be young and exciting. The promos might show that there will be a finale after the fourth week, but the show isn’t ending in a month. After four weeks, Salman Khan will make a major announcement that might be shocking for some.

India Content has a good stock of images from various seasons of Bigg Boss. The pictures are available in three sizes-small, medium and large—on the website.