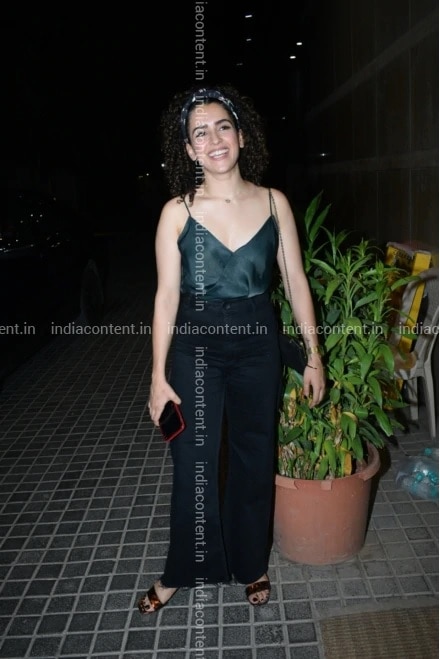 25th February this year was the 28th Birthday of Saniya Malhotra, the Indian actress who works in Hindi films. Saniya is known for her role of Babita Kumari she played in the 2016 biographical sports film Dangal directed by Nitesh Tiwari. The young actress also starred in Amit Sharma’s 2018 comedy-drama Badhaai Ho. Both Dangal and Badhaai Ho were ranked among the highest-grossing Indian films.

Sanya Malhotra was born and educated in Delhi, India. Her father Sunil Malhotra is an engineer and mother Renu Malhotra is a homemaker. She has an elder sister Shagun Malhotra. Sanya did her schooling at Ryan International School, Mayur Vihar, Delhi and graduated from Gargi College, University of Delhi.

Besides, she is an avid animal lover, especially cats and dogs. Her favourite singer is Lana Del Rey and favourite Band Coldplay. Her favourite food is Rajma Chawal and her preferred destination is Europe.

Sanya has 157 cm in height and 50 kg weight. She is a non-vegetarian and likes to dance, travel, read and practise yoga. She received the best New Action Star Award at the 4th annual Jackie Chan Action Movie Week in China. After doing the film ‘Dangal’ she worked for a while at Aamir Khan Productions where she got skilled in pre-production, post-production and VFX. Sanya is also confirmed to be cast in a dance film directed by acclaimed choreographer, Bosco Martis.

After completing her graduation from Gargi College in Delhi, Sanya participated in the dance reality show ‘Dance India Dance’. She was in the top 100 list in the competition. She moved to Mumbai after her graduation where she attended various auditions and assisted camerapersons for television commercials. After appearing in a TV commercial she was called by casting director Mukesh Chhabra for auditions of the film ‘Dangal’ and was selected for the role of ‘Babita Kumari Phogat’. The film was based on the real story of Mahavir Singh Phogat, a Pehlwani amateur wrestler who trains his daughters Geeta Phogat and Babita Kumari to become India’s first world-class female wrestlers.

Sanya has gone through five audition rounds including physical training and workshops with Tiwari and Aamir Khan. Sanya had no idea about wrestling when she was selected for her role in Dangal. She watched various wrestling videos and exercised the movements and body language of wrestlers. She along with Fatima Sana Sheikh, who did the role Babita’s sister in the film, was trained by coach and former wrestler Kripa Shankar Patel Bishnoi.

‘Dangal’ the biographical sports film directed by Nitesh Tiwari is undoubtedly the most hit film that Sanya ever acted in. The film received a record box office collection and great critical acclaim. Anupama Chopra said in her review that Sanya’s role in the film was ‘strong support’ to the story. The film collected 2024 crore INR, making it the highest-grossing film produced in India. The film was produced by Aamir Khan, under his studio Aamir Khan Productions along with UTV Motion Pictures and Walt Disney Pictures India. She also choreographed the song ‘Sexy Baliye’ in Advait Chandan’s 2017 film ‘Secret Superstar’ featuring Aamir Khan, Zaira Wasim, Meher Vij, Raj Arjun.

After a break of two years, in 2018, Sanya appeared in Vishal Bharadwaj’s comedy-drama film ‘Pataakha’ along with debutant Radhika Madan. Raja Sen, the 3 National Award-winning film director, wrote in a review that Sanya played her role with unhinged enthusiasm and appears to be a fearless actress. Her next film was the critically and commercially successful comedy film ‘Badhaai Ho’ alongside Ayushmann Khurrana.

In 2019, Sanya co-starred Nawazudin Siddiqui in Ritesh Batra’s romance film ‘Photograph’ which was screened at the prestigious 2019 Sundance Film Festival and 69th Berlin International Film Festival. The popular American digital and print magazine, and website, ‘The Hollywood Reporter’ featured Sanya in the listing of breakout talent from the 69th Berlin International Film Festival. Rahul Desai of Film Companion reviewed Photograph positively and wrote that Sanya becomes the dreamy-eyed participant that made the film to embrace its quiet glances and gentle flights of fantasy. She was nominated for the Film Critics Award for Best Actress.

The India Content website has a good stock of Sanya Malhotra images from various shows, shoots, promotions, parties and many other events. The high-definition images are available in three sizes – small, medium and large. 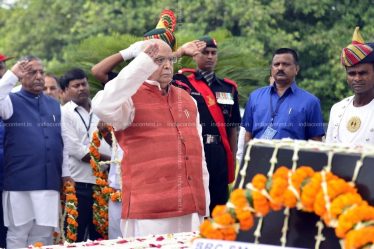