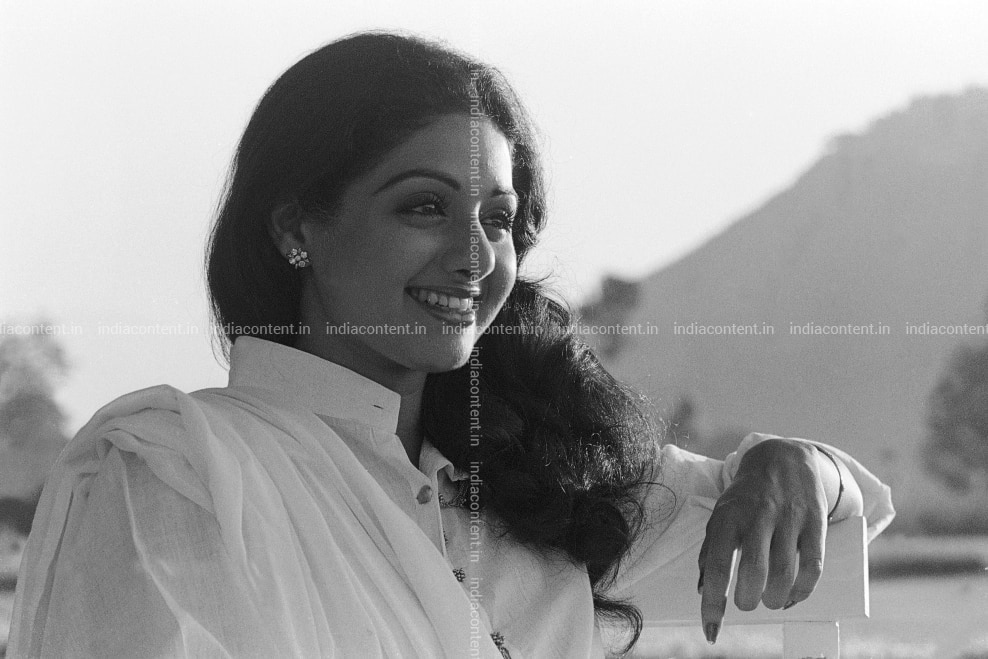 K. Raghavendra Rao’s 1985 film in Hindi Masterji starred alongside Rajesh Khanna, Anita Raj and Kader Khan was another commercially successful and critically acclaimed film. Her other top films in 1986 are Bhagyaraj’s Aakhree Raasta, along Amitabh Bachchan, Jayaprada and Om Shivpuri, Subhash Ghai’s Karma alongside Dilip Kumar, Nutan, Naseeruddin Shah and Jackie Shroff and Harmesh Malhotra’s Nagina with Rishi Kapoor, Amrish Puri and Prem Chopra which is regarded as one of Sridevi’s career-best performances. The film which is considered as a cult classic was the second highest-grossing film of the year. She appeared in Shekhar Kapur’s 1987 film Mr India along with Anil Kapoor, Amrish Puri and Satish Kaushik. The cult classic film was the highest-grossing Indian film of the year. The film is known for several of its lines and songs including Miss Hawa Hawai featuring Sridevi’s performance. Sridevi was paid 1.1 million rupees for playing the lead female role in the film which was the highest ever remuneration of that period.

Sridevi’s top hit in 1988 was K. Raghavendra Rao’s Telugu film Aakhari Poratam cast alongside Nagarjuna Akkineni, Amrish Puri and Satyanarayana Kaikala. Yash Chopra’s 1989 film Chandni starring Sridevi along with Rishi Kapoor, Vinod Khanna, Waheeda Rehman was one of the biggest box office hits of the year. The film which won the National Film Award for Best Popular Film also reaffirmed Sridevi’s position as the top Indian female film star of the 1980s. Pankaj Parashar’s 1989 film Chaalbaaz starring Sridevi along with Sunny Deol, Rajinikanth and Anupam Kher was one of the biggest critically and commercially successful films of the year. The film which is regarded as one of Sridevi’s finest performances also won her the Filmfare Award for best actress.

Raj Kanwar’s 1994 film Laadla cast Sridevi alongside Anil Kapoor, Raveena Tandon and Farida Jalal was a box office hit dominated by Sridevi’s presence. Bharathan’s 1996 film in Malayalam Devaraagam alongside Arvind Swamy and Nedumudi Venu was a huge box office success. The film was the last South Indian film with Sridevi in a lead role. Sridevi’s performance in the film was appreciated by critics as well as the audience. Raj Kanwar’s 1997 film Judaai starring alongside Anil Kapoor, Urmila Matondkar and Paresh Rawal was Sridevi’s last film before she took a sabbatical of 15 years from the film industry. She made a comeback with Gauri Shinde’s 2012 film English Vinglish in which she starred alongside Adil Hussain, Mehdi Nebbou and Priya Anand. Her 300th and last film in a major role was Ravi Udyawar’s 2017 film Mom in which she starred alongside Sajal Ali, Akshaye Khanna and Adnan Siddiqui. Her performance in the film won the first posthumous National Film Award for Best Actress. She also won Filmfare Award for Best Actress and Best Actress (Critics) for her performance in the film.

Sridevi died on 24th February 2018 at 19.00 GMT in room 2201 of Jumeirah Emirates Towers Hotel in Dubai where she was staying to attend the wedding of her nephew Mohit Marwah. Sridevi went to bathe and get dressed for the dinner with the family while her husband Boney Kapoor was waiting in the living room. As there was no response from Sridevi even after 20 minutes, Kapoor knocked on the door which hadn’t been locked from inside and sensed something wrong. While opening the door he found the actress completely immersed and unresponsive in the bathtub.

At first, her brother Sanjay Kapoor said to the media that the reason for her death was cardiac arrest, but through further investigation by the General Department of Forensic Evidence under Dubai Public Prosecution Department it was found that the reason for her death was an accidental drowning. The toxicology report revealed that there were traces of alcohol in her body and water was found in her lungs. After a few days of Police investigation, her body was flown to Mumbai, India by her husband and her stepson Arjun Kapoor. Her funeral took place on 28th February at the Vile Parle Seva Samaj Crematorium in Mumbai. The final rites were performed by her husband Boney Kapoor. She was cremated with state honours and received a gun salute at her funeral. Her pyre was lit by her husband and her ashes were later taken to and immersed in the sea off the coast of Rameshwaram.

The India Content website has a good stock of Sridevi images. The high-definition images on the website are available in three sizes – small, medium and large. 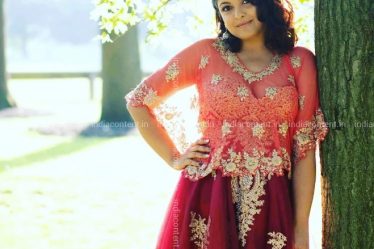 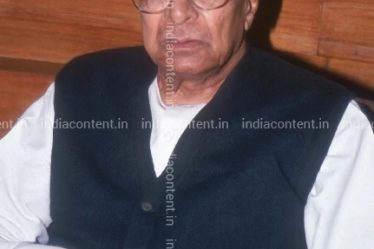