Varun Dhawan is one of Bollywood’s highest-paid celebrities and has featured in Forbes India’s Celebrity 100 list since 2014. He has received critical acclaim for his performance in romantic comedies like Main Tera Hero (2014), Humpty Sharma Ki Dulhania (2014) and Badrinath Ki Dulhania (2017). On 24 April 2020, the actor celebrated his 33rd birthday.

Born on 24 April 1987 to David Dhawan, a renowned Bollywood film director, and Karuna Dhawan, Varun was the younger of the two children. He grew up in Mumbai, Maharashtra, in an affluent family in Bollywood along with his elder brother, Rohit Dhawan. He studied at the Bombay Scottish School in Mumbai and he did his HSC education schooling at the H.R. College of Commerce and Economics. For further graduation, he attended the Nottingham Trent University, United Kingdom and achieved a degree in Business Management. Before trying his luck in Bollywood, Varun Dhawan applied to a London-based bank but his application was rejected. Dhawan attended Barry John’s acting school and one of his fellow batchmates was Arjun Kapoor. Together they made a short-film called White Mountain for a class assignment. Prior to his stint as an actor, Dhawan worked with Karan Johar as his assistant director in the drama film My Name Is Khan (2010).

Varun Dhawan made his acting debut with Karan Johar’s romantic comedy Student of the Year in 2012 in the lead role alongside Sidharth Malhotra and Alia Bhatt. He played the role of Rohan Nanda, the confident, rich teenager who competes alongside his girlfriend and best friend in an annual school competition. CNN-IBN’s Rajeev Masand commented on Dhawan’s work by saying “It’s Varun Dhawan who stands out with a confident, charming turn, able to tackle both comical and vulnerable scenes with ease”.

In 2014, he did two romantic comedies, namely Main Tera Hero, along with Ileana D’Cruz and Nargis Fakhri, and Humpty Sharma Ki Dulhania, opposite Alia Bhatt and Siddharth Shukla. In 2015, he appeared in the crime thriller Badlapur, directed by Sriram Raghavan, which saw Dhawan playing a man who over the course of 15 years avenges the murder of his wife and son. For this film, Raja Sen of Rediff.com praised Dhawan’s acting range by saying that Dhawan “sheds his easy-breezy charm — but, crucially, not his slightly hapless natural likeability — and bubbles up volcanically, his eyes frequently doing the talking.” His next films in 2015 were the dance film ABCD: Any Body Can Dance sequel named ABCD 2, by Remo D’Souza and Rohit Shetty’s ensemble action Drama Dilwale, co-starring Shah Rukh Khan, Kajol and Kriti Sanon.

In 2016, his first appearance was in the action cop comedy Dishoom, directed by his elder brother Rohit Dhawan. In 2017, Dhawan reunited with director Shashank Khaitan and Alia Bhatt for the romantic comedy Badrinath Ki Dulhania. Later in the same year, Dhawan starred in comedy film Judwaa 2, a reboot of 1997 comedy film Judwaa, alongside Taapsee Pannu and Jacqueline Fernandes.

In 2018, Dhawan opted for roles that were different from his usual characters. He starred in Shoojit Sircar’s drama October and in Sharat Katariya’s Sui Dhaaga, that revolved on a social problem. In the former film, Dhawan played the character of Dan, an aimless hotel management trainees whose life undergoes a series of changes when his co-worker goes into a coma. One of the leading critics of the country said that this has been Dhawan’s finest performance till date. In Sui Dhaaga, he played the role of Mauji, a tailor who goes on to become a small-scale clothing businessman, alongside Anushka Sharma.

In 2019, Dhawan’s only screen appearance was in Kalank, a period drama film by Abhishek Varman that featured an ensemble cast that included Madhuri Dixit, Sonakshi Sinha, Alia Bhatt, Aditya Roy Kapur, and Sanjay Dutt. Kalank was Dhawan’s first commercial failure. In 2020, Dhawan reunited with Shraddha Kapoor for the dance film Street Dancer 3D, which did not do well at the box office. Dhawan’s next venture is the comedy film Coolie No.1, an adaptation of his father David Dhawan’s 1995 film of the same name. In Coolie No.1, Dhawan will be starring opposite Sara Ali Khan.

Varun Dhawan has had a constant appearance in Forbes India’s Celebrity 100 list since 2014, and in 2018, he peaked to the 15th position. GQ, in 2018, featured in him in the list of India’s 50 most influential young people and labelled him “most bankable star of his generation”. In the same year, Forbe’s estimated his annual income to be USD 7.0 million and listed him as India’s highest paying celebrity.

Varun has been in a romantic relationship with Natasha Dalal, a designer in Mumbai. They know each other from their school days and have been dating each other for a decade now.

Varun Dhawan will next be seen opposite Sara Ali Khan in Coolie No.1, an adaptation of David Dhawan’s 1995 film with the same name. Dhawan will also be seen collaborating with Sriram Raghavan for the second time, after Badlapur, in a biopic on the life of military officer Arun Khetarpal.

In 2019, during the promotions of Street Dancer 3D, Varun Dhawan confessed that Shraddha Kapoor was his childhood crush. Dhawan has also confessed to having a crush on Disha Patani.

It is said that Varun was a naughty kid and David and Karuna Dhawan has a tough time disciplining hi. But he was aware of his passion for acting at quite a young age. Dhawan is very close to his elder brother, Rohit Dhawan which can be seen from the siblings’ childhood photos.

Varun’s father, David Dhawan, is a famous director in Bollywood with many commercial hits to his name. But he was adamant that he would not be the one to launch his and that Varun will have to pave his own way. That is when family friend Karan Johar stepped in and helped him fulfil his dream. Varun assisted Karan Johar on the sets of My Name Is Khan (2010) and later, he launched Dhawan with his teenage drama film Student of the Year, opposite Alia Bhatt and Sidharth Malhotra.

Dhawan has an impressive fleet of luxurious vehicles. He owns an Audi Q7 and a Mercedes SUV. He also owns a Royal Enfield and a quad bike, Polaris Sportsman 850.

The India Content website has a good stock of Varun Dhawan images. The high-definition images on the website are available in three sizes – small, medium and large. 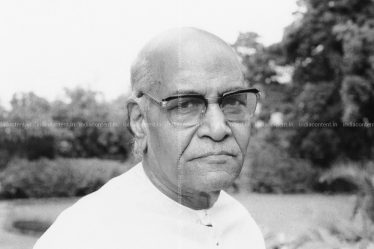