An Indian politician Tej Pratap Yadav celebrated his 32nd birthday this year. On 20th November 2015, he vowed as the cabinet minister for health in Bihar’s government but had to give up the post when Nitish Kumar broke the coalition.

Hailing from a leading politician family, Tej Pratap Yadav was born in the house of two former Chief Ministers of Bihar, Lalu Prasad Yadav and his wife Rabri Devi in Patna. His natal day falls on 16th April 1988. He is the eldest son out of the nine children of his parents. He has seven sisters and one brother. After concluding his schooling he enlisted himself in the Bihar National College in Patna. He couldn’t clear Bachelors of Arts in Political Science (Honours) first-year exam in 2012 and left his college in intermediate. His dream was to become a pilot and he joined Patna’s Bihar Flying Institute to acquire a commercial pilot license. According to the norms, he had to fly for at least 200 hours but he gave up the training due to the incompletion.

During his political voyage, he was chosen to the Bihar Legislative Assembly from the Mahua constituency as a member of the Rashtriya Janta Dal in 2015. In the same year, he was appointed as Cabinet Minister under Nitish Kumar’s government and continued his tenure till July 2017. In November 2015, he screwed up the oath ceremony of Nitish Kumar’s government, when he spelt the word ‘apekshit’ incorrectly. Instead, he should have used the word ‘upekshit’. The, then Governor of Bihar Ram Nath Kovind amended his mistake by interrupting in between.

In December 2015, while serving as the Environment Minister of Bihar, he encouraged horse-riding as a drive to restrain pollution in the state. He represented by riding a horse himself.

While serving as the Cabinet Minister for Health in 2016, he was noticed making snacks at the Bihar Vidhan Sabha canteen.

Tej Pratap Yadav made his debut appearance in the Bhojpuri movie Apaharan Udhhyog in which he enacted the character of Chief Minister of Bihar. After this Bhojpuri movie, he is all set to release his debut Bollywood movie ‘Rudra – The Avtar’. In a teaser poster of his upcoming movie, he could be seen in a pair of aviators and is captioned: ‘Coming Soon’.

In 2017, Bihar Takshila University awarded him the Degree of Doctorate.

On 12th May 2018, Tej Pratap Yadav tied the knots with Aishwarya Rai, granddaughter of Bihar’s ex-Chief Minister Daroga Prasad Rai and daughter of a veteran leader of his party Rashtriya Janta Dal. Later, both of them ended their relationship.

His hobbies are horse-riding, playing flute and cricket, and listening to music. He enjoys eating Chaap, Rohu, and Catla fish. The veteran actor Amitabh Bachchan tops the list of his favourite actors. He owns a BMW car and a Honda Fireblade Superbike.

When his picture in Lord Krishna’s dress went viral, he was given the sobriquet ‘Kanhaiya’.

The India Content Website has a good stock of high-quality images related to Tej Pratap Yadav. The images are available in three sizes – small, medium and large. 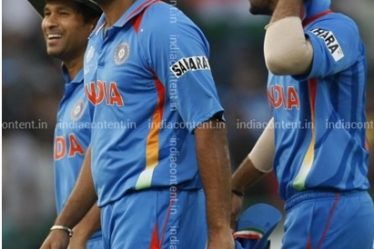