Uday was determined about starting his own business in the backdrop of a closed economy of the early 1980s where economic growth was muted. He refused an attractive job at a multinational financial services company to establish his own business and further diversified it into various areas of financial services and established as a pioneer in bills discounting, stockbroking, investment banking, car finance, life insurance and mutual funds. In 2003, Kotak Mahindra Finance Ltd. became the first company in India to get a banking license from Reserve Bank of India.

Uday was born on 15 March 1959 in an upper-middle-class, Gujarati Lohana joint-family household in which 60 members lived under one roof sharing a common kitchen. His family dealt with cotton trading which he later mentioned as a model of “Capitalism at work and Socialism at home”.

Uday had great talent in mathematics from his young age. He attended the Hindi Vidya Bhavan School in Mumbai. He graduated from the prestigious Sydenham College of Commerce and Economics in Mumbai and post-graduated in Management Studies from Jamnalal Bajaj Institute of Management Studies of the University of Mumbai in 1982.

The awards received by Uday includes the Ernst and Young “Entrepreneur of the Year Award” in 2003 and “Innovator of the Year Award” by CNBC TV18 in 2006, “Asian Asset Manager of the year” in 2009, “Most Valuable CEO” overall by Business World in 2010, Ernst & Young “World Entrepreneur Of The Year” in 2014. In 2017, India Today magazine ranked his No. 8 among India’s 50 most powerful people. He was listed among “Global Leaders of Tomorrow” at the World Economic Forum’s annual meet at Davos and was earmarked as one of the top financial leaders for the 21st century by Euro-money Magazine. He acts as a member of the Board of Indian Council for Research on International Economic Affairs, Mahindra United World College of India and the Indian School of Business. Uday was No. 5 on Forbes 2019 lists of India’s Richest and No. 114 in Billionaires.

The Kotak Realty Funds Group was awarded “The Investor of the Year Award” by GIREM in 2009. He was also the only Indian Financier to be featured by Forbes Magazine in “Money Masters: The Most Powerful People in The Financial World” in May 2016.

Soon after completing his Master in Business Administration, Kotak established Kotak Capital Management Finance Ltd, which later became Kotak Mahindra Finance Ltd. He started the company with a seed capital of less than US$80,000 borrowed from his friends and family. He was initially funded by tractor tycoon Anand Mahindra, who still have a small stake in his company. The company that he began as a bill-discounting start-up was soon transformed into a financial services conglomerate with assets of US$19 billion by the financial year of 2013. As of March 2014, Kotak was the second-largest scheduled commercial bank by market capitalization in India with over 1250 branches. In November 2014, he sealed a $2.4 billion deal for rival ING Vysya Bank, partly owned by Dutch financial services group ING which doubled the wealth of Kotak Mahindra Bank as its shares hit an all-time high.

In 2015, Kotak enters the general insurance business by joining hands with telecom giant Sunil Mittal‘s Bharti Airtel to start a small payments bank. Kotak has reduced his stake in the Kotak Mahindra Bank to 30% as of now, as he is required to bring it down to 20% as per RBI directions. In 2019, he was listed in one of the most highly paid CEOs of any bank in India with a monthly salary of US$38,000.

In September 2018, the Government of India appointed Uday as the non-executive chairman of the debt-strapped Infrastructure Leasing and Financial Services Limited, a Public-Private Partnership that involves in a variety of projects to fulfil the private sector’s commitment towards infrastructure development in India.

Uday Kotak is married to Pallavi Kotak. They have two children. In a session on Education at the India Economic Summit in New Delhi, he said that he is ashamed that he had to send both of his children overseas for education as he felt it was better for them. His elder son Jay Kotak has recently graduated from Harvard Business School.

Uday’s two favourite pastimes are cricket and playing the sitar. In an interview with NDTV in 2014, he said that he is no longer focusing on taking time out to play the sitar.

The India Content website has a good stock of Uday Kotak images. The high-definition images on the website are available in three sizes – small, medium and large. 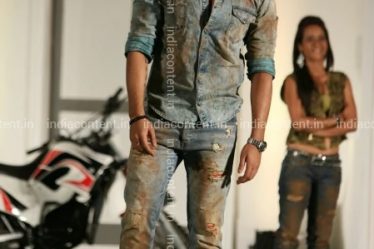