The founder of the Maratha Kingdom, a fighter and a leader, Chhatrapati Shivaji was born on February 19, 1630, in Shivneri, Pune. He was formally crowned as Chhatrapati of Raigad on June 6, 1674.

Shivaji won many wars against the Mughals and established a competent and progressive civil rule with the help of a disciplined military and well-structured administrative organisations. He expanded his army from 2,000 soldiers to 100,000.

Shivaji is also known as the Father of Indian Navy because he was the one to first realise the importance of having a naval force. He tactically established a navy and forts at the coastline to defend the Konkan side of Maharashtra. He was a great supporter of women and their honour. He opposed all kinds of violence and abuse against women.

A torchbearer of good governance and as an accomplished administrator, Chhatrapati Shivaji Maharaj is remembered as one of the greatest warriors of his time and even today, stories of his heroic acts are narrated as a part of the folklore.

Shivaji is also recognised for his innovative military tactics that focused on non-conventional methods leveraging strategic factors like geography, speed, and surprise to defeat his enemies. He revived ancient Hindu political traditions and court conventions and promoted the usage of Sanskrit and Marathi in court and administration.

Many scholars disagree on his date of birth though, the Maharashtra Government lists 19 February as a holiday commemorating Shivaji’s birth or Chhatrapati Shivaji Maharaj Jayanti.

Chhatrapati Shivaji Maharaj was named after Lord Shiva. His father’s name was Shahaji Bhonsle who was a Maratha general and who used to serve the Deccan Sultanates. His mother was Jijabai, the daughter of Lakhuji Jadhavrao of Sindhkhed, a Mughal-aligned sardar claiming descent from a Yadav royal family of Devagiri.

At the time of Shivaji’s birth, power in Deccan was shared by three Islamic sultanates— Bijapur Ahmedabad and Golkonda. Shahaji often changed his loyalty between the Nizamshahi of Ahmadnagar, the Adilshah of Bijapur and the Mughals, but always kept his fiefdom and his small army.

The brave leader died in 1680 but will always be known as a source of inspiration and pride for generations.

On the birth anniversary of Maratha king Chhatrapati Shivaji, here are some of his inspiring quotes.

“Freedom is a boon, which everyone has the right to receive.” -Chhatrapati Shivaji Maharaj

“Do not think of the enemy as weak, then do not be too scared to feel too strong.” -Chhatrapati Shivaji Maharaj

“When you are enthusiastic, the mountain also looks like a clay pile.” -Chhatrapati Shivaji Maharaj

“No need to be learned from own fault. We can learn a lot from others’ mistakes.” -Chhatrapati Shivaji Maharaj

“Even if there were a sword in the hands of everyone, it is willpower that establishes a government.” -Chhatrapati Shivaji Maharaj

Chhatrapati Shivaji had always been an inspiration for freedom fighters of India during the freedom struggle. Famous personalities such as Lala Lajpatrai, better known as Punjab Kesri and Rabindranath Tagore have written about the great Maratha leader. Plays have been staged during those days in Bengal and Assam, where the authors have aroused nationalist passion through characters representing Shivaji.

The India Content website has a good stock of high-definition images related to Chhatrapati Shivaji Maharaj. The images are available in three sizes – small, medium and large. 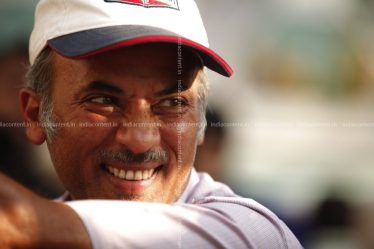