Baichung Bhutia is a former Indian footballer who played as a striker. He is considered to be the torchbearer of Indian football in the international arena

Bhaichung started his career from East Bengal Club. Later, he joined English Club Bury in 1999 and became the first Indian footballer to sign a contract with a European club and only the second to play professionally in Europe, after Mohammed Salim.

In 2011, Bhutia was injured for the first two games against Australia and Bahrain at the AFC Asian Cup in Qatar. But, he came on as a second-half substitute against South Korea. However, he failed to save India, losing 4–1 as they were eliminated.

Soon after the Asian Cup, Bhutia announced his retirement for India on 24 August 2011 with a record of 42 goals in 107 appearances. A farewell match was held for the great footballer in January 2012 against Bayern Munich at the Jawaharlal Nehru Stadium, Delhi. Bhutia then played his last club match at United Sikkim in 2015, which marked the end of his glorious career.

He currently is on a managerial venture at Sikkim and has founded the Bhaichung Bhutia Soccer Schools to help nurture young talent.

Bhutia has a football stadium named after him in honour of his outstanding contribution to Indian football.

Bhutia won the Best Player Award at the Subroto Cup 1992 held in Delhi.

He was just 16 when he joined East Bengal, a reputed Football club from Calcutta (now Kolkata).

Baichung won the Indian Player of the Year award in 1996.

Bhaichung scored a hattrick and led East Bengal to win the match by 4-1in the Semi-Final match of the Indian Federation Cup Football 1997.

In the match against Mahindra United played on December 9, 1997, he scored 5 goals alone for his team JCT Mills.

That is not all, the epitome of the rise of Indian football has also been honoured with prestigious awards, such as the Arjuna Award for football in 1998, and Padma Shri, the fourth highest civilian award in India, in 2008.

The skkimese footballer has also earned Banga Bhushan award in 2014 and Asian Football Hall of Fame in the same year.

The India Content website has a good stock of Baichung images from various matches and events. You will find high-quality images of the player in three sizes on the website—small, medium and large. 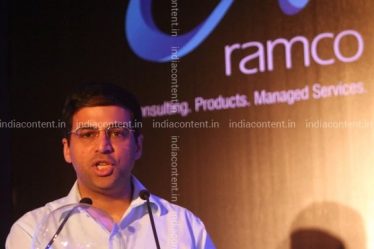