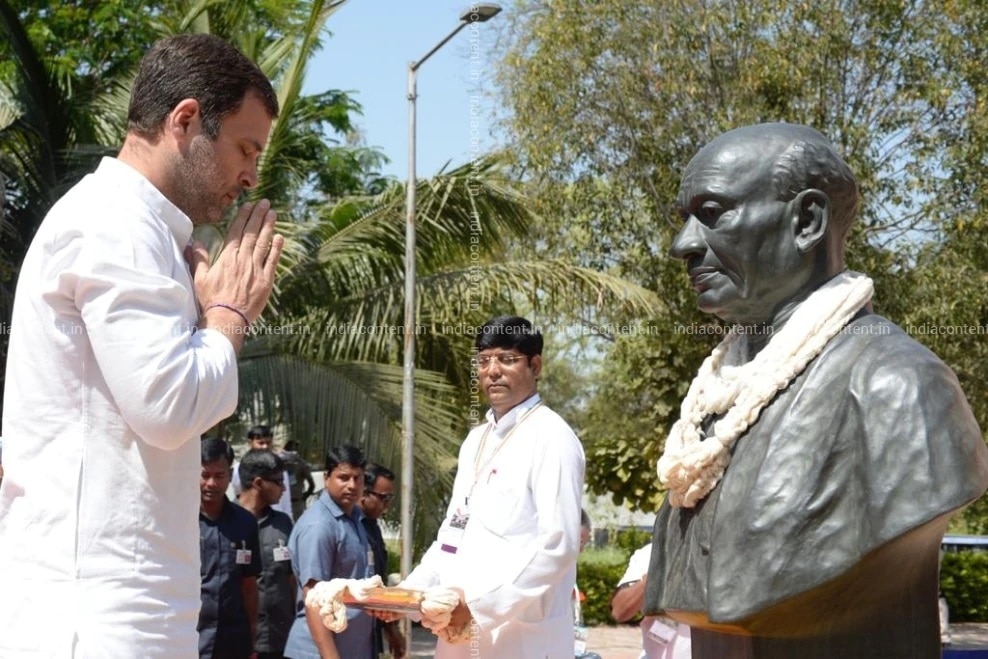 PM Modi tweeted, “Tributes to the great Sardar Patel on his Punya Tithi. We remain eternally inspired by his exceptional service to our nation.”

Amit Shah wrote, “He was truly a Bharat Ratna, who not only played an important role in independence but also pioneered the integration of the country after that.”

Vallabhbhai Jhaverbhai Patel was born on October 31, 1875. He was popularly known as Sardar Patel. Besides, he was an Indian barrister, a senior leader of the Indian National Congress and a founding father of the Republic of India who played a leading role in India’s struggle for independence. Also, he was a unifier for the integration between the princely states of India and considered as the veteran administrator and Iron Man of India.

Sardar Patel also acted as Home Minister during the political integration of India and the 1947 India-Pakistan war.

He was born to father Zaverbhai Patel and mother Ladbai Patel in Nadiad, Gujrat. He was married to Jhaverba and had two siblings –Maniben Patel and Dahyabhai Patel.

He aspired for free India and never let his country down. He emerged as one of the most prominent leaders during the independence movement of India.

In the publication of VP Menon “The Story of the Integration of Indian States”, he specified how Sardar Patel worked proactively for the interests of people and inspired his entire team to work comprehensively. While he was serving Ahmedabad municipality in the 1920s, he did many commendable jobs aggressively such as focus on urban infrastructure, cleanliness of the city and functioning of the drainage systems everywhere.

Sardar Patel was the founder and chairman of Edward Memorial High School in Borsad. After achieving the degree of Barrister, he went to England for further studies. He finished his 36 months program in just 30 months and was ranked highest without any previous college background. In 1917, he was elected as the sanitation commissioner and in 1922, 1924 and 1927, the municipal president of Ahmedabad.

Integration of 562 princely states as well as the erstwhile British colonies of India and historic achievements of Sardar Patel under the Union of India were commendable.

Sardar Patel was the social reformer of India who played an outstanding role in the freedom struggle of India. In 1991, he was honoured with Bharat Ratna—the highest civilian award of the Republic of India—post-obituary and is still remembered as a successful Home Minister of India. He has a fair share of monuments and institutions named after him.

Sardar Patel’s health started declining fast during the summer of 1950. Later, he died of a massive heart attack (which was his second) on 15 December 1950 at Birla House in Bombay.

The greatest achievement in Sardar Patel’s life was the unification of Hyderabad in the Union of India. His five significant contributions in the development of the state Gujarat are as follows:

The India Content website has a good stock of Sardar Vallabhbhai Patel images. The high-quality images on the website are available in three sizes-small, medium and large.