The Birth anniversary of Kalpana Chawla, the American astronaut and the first woman of Indian origin to go to space, was on February 1st. If she were alive today, she would have turned 58 years on February 1, 2020.

Kalpana Chawla is best known as the first Indian woman to land on the space. She is also an acclaimed space researcher, who made significant contributions to the development of space technology, especially on the simulation on moving multiple body problems.

Kalpana Chawla was born on 17 March 1962, in Karnal, Haryana, India to Banarasi Lal Chawla and Sanjyothi Chawla. Her date of birth was altered to 1 July 1961 in official records for her eligibility for the matriculation exam. Kalpana was fascinated by aeroplanes and flying in her childhood and used to visit local flying clubs along with her father. Chawla shared her memories of asking her father if she could get a ride in one the planes and she getting a ride in the Pushpak and a glider at the flying club.

Chawla attended the Tagore School where she was a high-performing student. She was the first woman to be graduated in Aeronautical Engineering from Punjab Engineering College, India and moved to the United States in 1982 for post-graduation in Aerospace Engineering. She completed her Master of Science from the University of Texas at Arlington in 1984. After taking another Masters in 1986, she did PhD in aerospace engineering from the University of Colorado at Boulder in 1988.

Chawla started her career as a researcher in NASA Ames Research Center 1988 and worked on computational fluid dynamics (CFD) research on vertical and/or short take-off and landing (V/STOL) concepts. She joined Overset Methods, Inc. as Vice President and Research Scientist in Overset Methods Inc. and specialized in simulation of moving multiple body problems.

She became a certified pilot with a commercial license for multi-engine aeroplanes, seaplanes, and gliders. After getting her US citizenship in 1991, she applied for the NASA Astronaut Corps and got enrolled by March 1995. In May 1997, she was sent on her first space mission as a mission specialist and primary robotic arm operator and travelled for fifteen days in the Space Shuttle Columbia flight STS-87. Her second space travelling was in 2003 aboard Space Shuttle Columbia flight STS-107 in which she remained in the space for about sixteen days.

On December 2, 1983, Kalpana Chawla married Jean-Pierre Harrison, whom she met on 2 September 1982, one day after she arrived in the USA to attend the University of Texas. With the exclusive insight Harrison had into Kalpana’s personality, education, and career from the 20 years they lived together, he started working on her biography in 1997, though he found it very hard to complete. He completed her biography The Edge of Time: The Authoritative Biography of Kalpana Chawla, despite the passage of time and lack of an authoritative account of Kalpana’s career and published it on February 2011 in India.

She was posthumously awarded the Congressional Space Medal of Honor, which was authorized by the United States Congress in 1969 to recognize “any astronaut who in the performance of his or her duties has distinguished himself or herself by exceptionally meritorious efforts and contributions to the welfare of the Nation and mankind”. She was the first and only non-American origin to be awarded the Congressional Space Medal of Honor.

Chawla died on February 1, 2003, at the age of forty along with seven other crew members when the Space Shuttle Columbia flight STS-107 disintegrated over Texas, sixteen minutes prior to the landing back on Earth. Chawla’s remains were identified along with those of the rest of the crew members Commander Rick D. Husband, Pilot William C. McCool, Payload Commander Michael P. Anderson, Payload Specialist Ilan Ramon, the first Israeli astronaut and Mission Specialists David M. Brown and Laurel B. Clark.

Kalpana’s mortal remains were cremated and scattered at Zion National Park in Utah in accordance with her wishes. ‘51826 Kalpana Chawla’, an Eoan asteroid in the outer region of the asteroid belt, approximately 7 kilometres in diameter is named after Kalpana Chawla along with six other asteroids named after her six accompanying crew members in the Columbia flight.

On February 5, 2003, the Prime Minister of India, Atal Bihari Vajpayee, announced that the meteorological series of satellites, MetSat, was to be renamed “Kalpana”. ‘MetSat-1’, the first satellite of the series, launched by India on September 12, 2002, was renamed ‘Kalpana-1. Chawla is regarded as a national hero of India and many streets, universities and institutions in India and the USA have been named in her honour.

Chawla remained in space for 30 days, 14 hours, and 54 minutes over the course of her two missions. After her first launch, she said, “When you look at the stars and the galaxy, you feel that you are not just from any particular piece of land, but from the solar system.”

The India Content website has a good stock of Kalpana Chawla images. The high-definition images on the website are available in three sizes – small, medium and large. 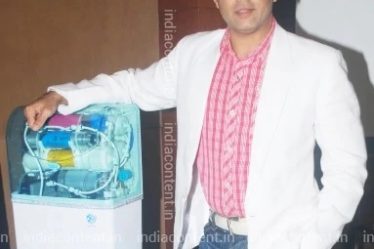