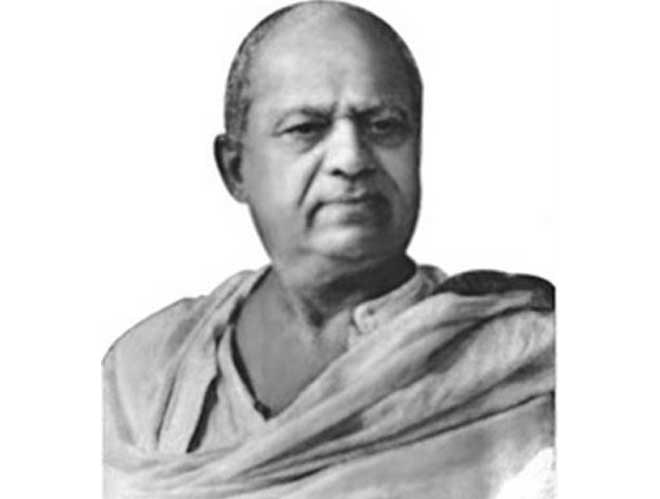 A big tribute to the father of Indian cinema, Dadasaheb Phalke on his 76th death anniversary.

The father of Indian Cinema Dadasaheb Phalke, whose real name was Dhundiraj Govind Phalke, was an eminent director, producer and writer who made India’s first primitive full-length feature film in 1913 named Raja Harishchandra. His natal day falls on April 30, 1870, and was born in a Marathi-speaking Chitpavan Brahmin family at Trimbak, Bombay Presidency. His father Govind Sadashiv Phalke AKA Dajishastri was a Sanskrit student and Hindu priest who administered various religious ceremonies and his mother Dwarkabai was a homemaker. The couple was blessed with seven children – three sons and four daughters. Phalke finished his schooling in Trimbakeshwar and did his matriculation in Bombay.

Being artistic and having an inclination towards creative arts, he was tenacious to chase his dreams in the same area. He did his schooling from Sir J.J. School of Art, Mumbai in 1885. He concluded his school education in 1890 and enrolled himself in the Kala Bhavan in Baroda. There, he acquired information about sculpture, engineering, drawing, painting, and photography. Later, he did several jobs like that of a photographer and a draftsman. He set up his new printing business but soon it was closed due to the conflicts with his partner. His life took a new turn when he watched a silent movie ‘The Life of Christ’ and was determined to be a filmmaker for his passion. He conceptualised Indian gods and aimed to portray them on the moving picture screen. He came with a big breakthrough of his life and released the first Indian motion picture in Indian cinematic history.

Phalke is the pioneer in Indian Bollywood industry who laid the foundation of Indian cinema. Because of his inexorable commitments and sincere attempts, he became an unavoidable part of the Indian cinema. He could envisage the power of the Hindi film industry and made people felt about its economic and cultural value.

In 1885, Phalke tied the knot with his first wife who regrettably died in 1900. Then, he joined in holy matrimony with Saraswatabai and fostered his family with her who backed him in his profession a lot.

After his first movie witnessed a huge success on Silver Screen, Phalke started working on the mythological love story of Nala, a king of Nishadha Kingdom and Damayanti, a princess of the Vidarbha kingdom. The filming did not begin due to certain reasons, hence he instigated another movie Mohini Bhasmasur which was a mythological tale of Mohini, a female avatar of the Hindu god Vishnu and Bhasmasur, a demon. This was the first Indian movie in which two female actresses named Durgabai Kamat as Parvati and his daughter named Kamlabai Gokhale as Mohini performed for the first time. The 3,264 feet long movie was released on 2nd January 1914 at the Olympia Theatre, Bombay. Then, he brought in a short movie called Pithache Panje as a side attraction. His third movie named Satyavan Savitri was released on 6th June 1914.

Phalke repaid all his liabilities with the progress of his three movies. Looking at the demand of his film copies from the theatre managers nationwide, he left for London with his three films. His films were praised for the technical aspects. Various overseas producers urged him to produce films in England and were ready to bear all expenses related to it but he denied.

Later, his studio was shut down due to the economic crisis during ongoing World War-I. He tried taking loans and published an advertisement in the newspapers requesting for the support assuring the repayment with interest. He went on a tour to raise the funds and showed his movies at the princely states of Aundh, Gwalior, Indore, Jamkhandi and Miraj. He received Rs.1,000 from the King of Aundh and Rs. 1,500 from the Princess of Indore as a fee for his shows. Indore’s Princess also lent him a loan of Rs.5,000. Later, Lokmanya Tilak supported him in raising funds for his new movie ‘Lanka Dahan’ which made a huge success on Silver Screens. He repaid all his debts with its returns.

After the success of Lanka Dahan, various bureaucrats and businessmen approached Phalke for the amalgamation with them. On 1st January 1918, Phalke transformed his old company named ‘Phalke Films Company’ into the ‘Hindustan Cinema Films Company’ in which five Bombay-based textile industrialists were also included.

Later, he was not able to cope with the talkies and became outmoded. He released his last silent movie named ‘Setubandhan’ in 1932 and was also brought in with dubbing. Before retiring to Nashik, Phalke produced his only last talking movie named ‘Gangavataran’ in 1937.

The India Content website has a huge stock of high-quality images related to Dadasaheb Phalke. The pictures are available in three sizes – small, medium and large.