The popular television actor, Mohit Malhotra celebrates his 34th birthday this year on April 4. Mohit is best known for his appearance in Splitsvilla 2 and portrayal of ‘Kartik Sharma’ in Bade Achhe Lagte Hain and ‘Sid’ in Sasural Genda Phool.

Mohit was born on April 4, 1986, in Delhi, India to Ashok Malhotra and Anju Malhotra. He elder brother Himmanshoo A. Malhotra is also an actor who appears in television serials and films. Mohit attended Kulachi Hansraj Model School in New Delhi and graduated with Bachelor of Business Management (BBM) from the University of Delhi and pursued a specialised course in International Business from University of California in Berkeley, California.

Mohit moved to Mumbai after his education for starting a career as an actor. His first appearance in television was through the MTV’s reality show Splitsvilla which brought him immense fame. He has also been featured in TV commercials for brands like Pepsi, Minute Maid, Royal Enfield, Convergys, Aircel and V-Mart.

Mohit got his first break in 2009 with the role of ‘Birju’ in the series Mitwa Phool Kamal Ke created by UTV Software Communications and aired on Star Plus from May 2009 to January 2010. His next appearance was the role of Sid in the Star Plus TV’s drama series Sasural Genda Phool for which he received huge fame and appreciation. In 2011 he was seen in the role of ‘Vishal’ in the horror series Anhoniyon Ka Andhera aired on Colors TV. In the same year, he contested in NDTV Imagine TV’s dance class show Nachle Ve with Saroj Khan, hosted by Saroj Khan.

A breakthrough in Mohit’s acting career was during 2011-2012 with the role of ‘Kartik Sharma’ in the soap opera Bade Achhe Lagte Hain, aired on Sony Entertainment Television. The role he played in this popular series gave him recognition among the audience. During 2012-2013 he was seen in the role of ‘Vihaan’ in the soap opera Kya Huaa Tera Vaada aired on Sony Entertainment Television India. In 2012 he also appeared as Ayaz in Channel V’s crime television series Gumrah: End of Innocence. He hosted the dance reality television show India’s Dancing Superstar which premiered on Star Plus channel on April 2013. Mohit has been a part of the series MENtals aired on Bindass TV in 2013. The series revolves around the thinking, psyche and movements of men and women.

His appearances in 2014 were as ‘Mahesh Krishnan’ in the romance anthology series Yeh Hai Aashiqui aired on Bindass channel and as ‘Zubair Qureshi’ in the romantic drama series Beintehaa aired on Colors TV. During 2015-2016 he appeared as ‘Yash Mehra’ in the drama series Jamai Raja aired on Zee TV. In 2017, he portrayed Abhishek Awasthi in &TV’s Chupke Chupke. In 2018, appeared as Shivam in the romantic-horror series Laal Ishq and paranormal romance drama series Daayan both aired on &TV. Mohit has made his Bollywood debut in Vikram Bhatt’s 2020 psychological thriller film Hacked starring alongside Hina Khan, Rohan Shah and Sid Makkar.

Mohit Malhotra was the first runner up of the MTV’s reality show MTV Splitsvilla – Season 2 in 2009. He won the Indian Telly Award for the Best Fresh New Face – Male in 2010.

Mohit has been in an affair with actress Joanna Magee, however, they broke up. He is currently dating actress Aishwarya Desai who is known for films like Gully Boy (2019), Jeena Isi Ka Naam Hai (2017) and Alisha (2015). Mohit is a professionally trained dancer and shares dance videos on his YouTube channel. His favourite actors are Amitabh Bachchan and Hrithik Roshan. He considers Hrithik Roshan as his fashion and fitness icon. His favourite holiday destination is Miami and favourite pastimes are swimming and writing.

Mohit alongside Divya Khosla Kumar and Jason D’Souza was featured in the music album Kabhi Yaadon Mein in 2017 sung by Palak Muchhal and Arijit Singh. Watches are his favourite fashion accessory and he has a wide collection of watches in his wardrobe. His favourite brands are Armani and Zara and his favourite colours are blue and white. He is a huge fan of the American President and business tycoon, Donald Trump. He loves a party and is a social drinker. He is a fitness enthusiast who regularly hits the gym. Mohit has said in an interview that he misses the good old days at Delhi, especially on Holi where he celebrated with his friends and cousins on the roads spilling colours. Mohit strongly opposes the thought that TV serials like Kya Hua Tera Vaada produced by Ekta Kapoor are women-dominated show. He says that TV is not at all women-dominated now and cites actors like Ram Kapoor, Gurmeet Singh and Ronit Roy as the men who are ruling the telly world. He regards that men have as much career stability as of women on television.

The India Content website has a good stock of Mohit Malhotra images. The high-definition images on the website are available in three sizes – small, medium and large. 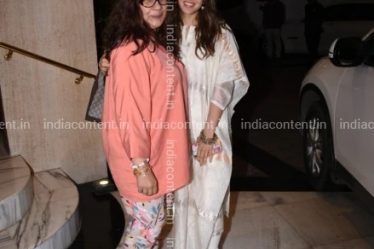