The renowned Indian politician, Lalji Tandon celebrated his 85th birthday this year on April 12. Lalji who is a member of Bharatiya Janata Party (BJP) and a protégé of Atal Bihari Vajpayee currently serves as the 22nd Governor of Madhya Pradesh.

Lalji Tandon started his political career in the Bharatiya Janata Party (BJP), as a fully convicted supporter and promoter of former Prime Minister Shri Atal Bihari Vajpayee. He has been active in politics for more than five decades. A breakthrough in his political career was when he made a spectacular victory in the Lok Sabha Election in 2009 from the Lucknow constituency. Lalji Tandon extended the legacy of the party by winning the seat that was held by Atal Bihari Vajpayee since 1991. He graduated from Kalicharan Degree College, in Lucknow, Uttar Pradesh.

Lalji served as a member of the Legislative Council of Uttar Pradesh Vidhan Parishad for two consecutive terms from 1978 to 1984. In 1990, he was elected as the Leader of House of the Council and served till 1996. He was elected as the Member of Legislative Assembly (MLA) for three terms from 1996 to 2009. He was the Leader of Opposition in the Uttar Pradesh Legislative Assembly from 2003 to 2007. He also served as the Minister of Urban Development in the Uttar Pradesh in Kalyan Singh’s cabinet and later while Mayawati was Chief Minister in an alliance between BSP and BJP.

He was a Member of Parliament in the 15th Lok Sabha from the Lucknow Constituency from May 2009 to May 2014. He won the Lucknow seat with a margin of over 40,000 votes against Rita Bahuguna Joshi of Indian National Congress while Akhilesh Das of Bahujan Samaj Party (BSP) polled third, trailing by 70 thousand votes even after spending enormous funds during the elections. The seat was earlier held by former BJP President Atal Bihari Vajpayee since 1991 for four consecutive terms.

Lalji Tandon is acclaimed for his enormous contribution to Indian politics. His passion and dedication towards resolving the significant matters of the society to extend their working made the people of Uttar Pradesh expect his rise as a leader of the State. Lalji Tandon has made many transformative decisions in the politics of Uttar Pradesh. He played a significant role in forming a coalition government of BJP and BSP in Uttar Pradesh.

During his tenure as the Governor of Bihar, Lalji has been instrumental in enabling 14 constituent colleges under Pataliputra University in semi-urban regions to upload their Self Study Report (SSR) to get accredited from National Assessment and Accreditation Council within the deadline fixed by the Raj Bhavan. He also initiated a biometric attendance system for marking teachers’ attendance in all constituent colleges under Pataliputra University. He also introduced CCTV cameras in the colleges for monitoring teachers’ activities and ensuring that they stayed at the college for 5 hours. He also played a key role in streamlining academic calendar in each college and clearing examination backlogs through the close monitoring by the Raj Bhavan. In October 2019, he along with Uttar Pradesh Chief Minister Yogi Adityanath came as a chief guest at Kalicharan College to inaugurate the new block.

Tandon is married to Krishna Tandon since February 26, 1958. They have three sons including Billu Tandon, owner of a transport and oil company and president of transport union in Uttar Pradesh and Ashutosh Tandon who is currently a Minister of Urban Development, Overall Urban Development, Urban Employment and Poverty Alleviation in the Government of Uttar Pradesh. He is the grandfather of the popular model and actor Kushal Tandon, known for appearances in TV series like Ek Hazaaron Mein Meri Behna Hai and Beyhadh. On his birthday in April 2004, Lalji donated saaris to poor women following a stampede that caused the loss of 21 lives. A case was filed against him, but he was soon given a clean chit. Lalji has said that Atal Bihari Vajpayee has played a significant role in his political career.

The India Content website has a good stock of Lalji Tandon images. The high-definition images on the website are available in three sizes – small, medium and large. 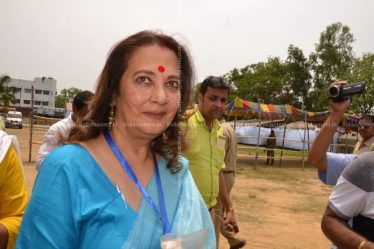 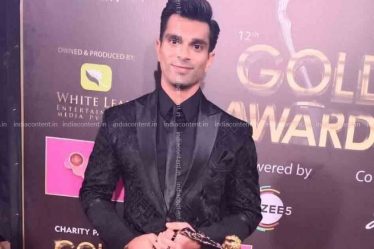