Hundreds of students showed their animosity by protesting against the mass attack on Jawaharlal Nehru University (JNU) teachers and students on 5th January 2020. People from different parts of the country were filled with rage due to the inaction of Delhi Police and intrigues of security staff with hoodlums.

The trivial tussle among the Left and ABVP students of JNU campus on Friday has debarked the whole university into terror. The tussle was initiated after destroying the server in the Central Information System by masked invaders on January 4th where the students allegedly associated with Left-wing student’s unions were also present. One ABVP leader assaulted a Left student for not allowing him to enter the server room. On Sunday, when ABVP students attempted for registration in the winter semester, they were invaded by the masked goons.

This disarray prevailed in the campus for around two hours in which nearly 28 students including JNU Student’s Union president Aishe Ghosh were harmed very badly. The students at the dhabas and those inside Sabarmati Hostel and Koyna Hostel were harmed by the goons armed with lathis, sticks and clubs. Women’s hostels were also targeted in this violence. They damaged the campus property and cars too. The JNU administration and students had called the Police many times to maintain the order. JNUSU official bearers and students were explicitly bombarded by the vandals.

A video of JNUSU president Aishe Ghosh bleeding severely from forehead went viral on social media. She had many injuries on her body as she was hit by rods several times and was admitted to the All India Institute of Medical Sciences hospital later.

JNUSU president Aishe Ghosh and vice-president Saket Moon made a statement that despite making multiple calls for two hours, the police personnel did not turn up for any support.

JNUSU claimed that a large number of ABVP activists along with outsiders had entered the campus with sticks, stones and iron rods and told to ‘single out’ student’s representatives.

Delhi Police personnel were not permitted to enter the campus without the written consent of JNU administration as the invaders were vandalising the hostels and bombarding everyone. They entered at 7 p.m. in the university and military aid entered at around 7:30 p.m. More police personnel were set up after the senior officers DCP, JCP arrived at JNU campus gate and the gates were sealed.

Delhi Police denies the accusations of reaching JNU campus late regardless of making multiple calls to control the violence on the campus. Delhi Police spokesperson Mandeep Singh Randhawa discoursed the reporters that their department had responded to PCR calls in time and law-and-order situation professionally.

The internal security of the JNU campus lies with the varsity administration only.

The Crime Branch has found some crucial evidence related to the masked mob attacked students in JNU campus and working on it. The politicians are also expressing their concern over the violence taking place at JNU. Currently, restoring peace and controlling violence should be the prime motive of Police personnel.

Mumbai students called for an ‘Occupy Gateway’ also protested at the Iconic Gateway of India were shifted to a different location. Many Bollywood personalities supported a large mass in a nonviolent protest at Carter Road in Mumbai on Monday evening. Rallying calls were lifted by the students of IIT Bombay, TISS and members of student’s organisations against Prime Minister Narendra Modi and Union Home Minister Amit Shah.

Arts Faculty Students Union of Jadavpur University, activists of SFI and members of other Left outfits took out a march on Monday protesting against the ‘uncivilised attack’ on JNU campus. They started the march from 8B Bus Stand to Sulekha More in Kolkata.

BJP also took out a rally from Bagha Jatin More to Jadavpur Police Station on JNU matter and the two oppositions faced each other at Sulekha More which led to a battle. Initially, Police officials were yelled at with alleged abusive words for blocking both the marches. Later, police baton-charged to disperse the protesters to calm down the situation.

The Left-controlled JNUSU and the RSS-affiliated ABVP have been criticising each other for the violence at the JNU campus.

The India Content Website has a huge stock of high definition pictures related to JNU Violence. The images are available in three sizes – small, medium and large. 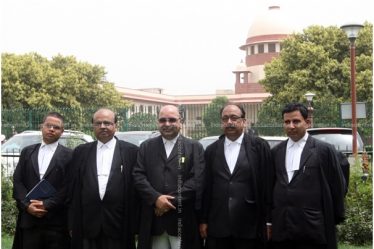 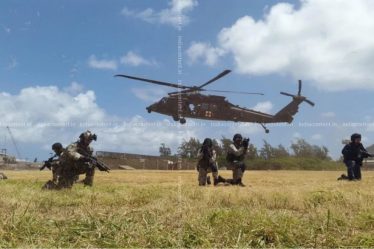