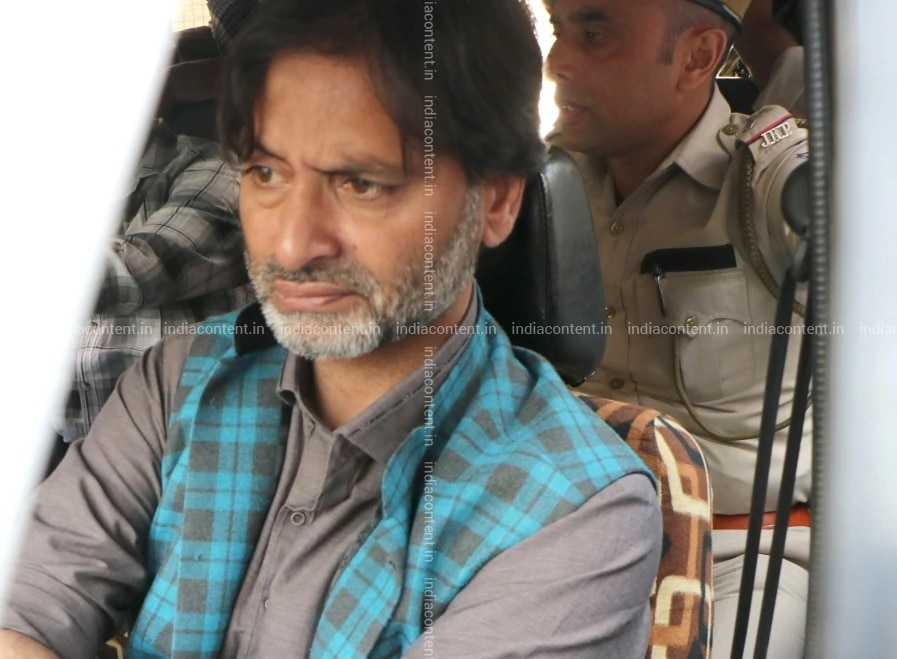 A former activist and Jammu and Kashmir Liberation Front chief Yasin Malik was charge sheeted by National Investigation Agency for purportedly assassinating four Indian Air Force officers on the periphery of Srinagar on 25th January, 1990. The prosecution of this case had taken place at TADA court in Jammu after 30 years downtime. He was primarily accused of financing dissenters and terror factions in Jammu and Kashmir.

Yasin Malik is the chairman of Jammu and Kashmir Liberation Front that initially was leading armed militancy in the Kashmir valley. He washed hands of the terrorism and followed non-violence methods for the resolution of Kashmir conflict. He is lodged in Tihar Jail in National capital under the Public Safety Act and would be presented in the special court for trial through video conferencing. The requisite permission has been sought for this conferencing due to security issues.

Posterior to seizing Yasin Malik in a FIR, NIA told that the case was filed for raising, receiving and collecting funds through various illegal means, including Hawala transactions, for funding separatists and terrorist movements in Jammu and Kashmir. Turmoil in the valley by way of bombarding stones on the security forces, burning schools, damaging public property and waging war against India are amongst the charges filed in FIR.

Kashmiri separatist leader Yasin Malik who had abandoned the use of guns in the mid-1990s, headed a troop of activists who shot battalion commander Ravi Khanna and his three colleagues, along with several other IAF officers. Malik was also blamed for abduction of Rubaiya Saeed, the daughter of erstwhile Jammu and Kashmir Union Home Minister Mufti Mohammad Sayeed in 1989. When she was travelling in a mini bus to her residence at Nowgam, she was abducted by some unknown terrorists.

CBI (Central Bureau of Investigation) filed two lawsuits against Yasin Malik in 1990 before the designated Terrorist and Disruptive Activities (Prevention) Act (TADA) court in Jammu. NIA (National Investigation Agency) seized the separatist chief on February 22nd from his Maisuma residence in Srinagar. He was following the Pulwama suicide attack on a convoy of the Central Reserve Police Force, resulting in the deaths of 40 security officers. NIA also filed a case against former Jammu and Kashmir MLA Rashid Engineer.

Jammu and Kashmir high court had raised a stay on Malik’s legal proceedings by a single-judge bench in 1995. The court also overruled the relocation of the legal proceeding to Srinagar passed by another single-bench of the high court in 2008. The special court also circulated the warrant to Malik and his three followers for the assassination of the IAF officers. The additional session Judge Rakesh Syal took insight of the final report which also named separatist leaders Asiya Andrabi, Shabir Shah and Masarat Alam Bhat as accused.

The prisoned separatist chief Mohammad Yasin Malik’s family held government responsible for his welfare if anything wrong happened to him. They are comfortable with the case and the Safety Act but showed apprehension for their family members.

Addressing a press conference held at Malik’s Maisuma residence, the family put up the questions in front of the media and asked, if he is a prisoner, then a prisoner has certain rights and should he not get those rights? Why has he been subjected to solitary confinement? He won’t continue for long in that enclosure. The family stated that they were barred to meet with Yasin Malik in prison.

On September 26, the Central government had declared that the Unlawful Activities Prevention Tribunal had enough credible material and grounds for taking action for declaring JKLF (Jammu and Kashmir Liberation Front), a leading armed militancy headed by Yasin Malik as ‘an unlawful association’.  On September 20th, the Tribunal declared in its order that the activities of the faction were troublesome in character which terrifies the sovereignty and provincial integrity of India. Justice Chander Shekhar promulgated this order for taking an action against JKLF.

Special Public Prosecutor in the case Pavitar Singh Bhardwaj anticipated an immediate logical action against Yasin Malik. He stated that the alleged used procrastinating strategies to halt the legal proceedings from past 3 decades. TADA Presiding officers were also not provided the adequate security.

Victim’s family has been fighting this case for more than 29 years. Nirmal Kumari Khanna, the wife of martyr Sq Ldr Ravi Khanna pleaded for immediate proceedings in the case to punish the criminal, Yasin Malik and his three supporters who pumped 27 bullets into her husband’s body.

The India Content website has a good stock of Yasin Malik images. The pictures are available in three sizes – small, medium and large.