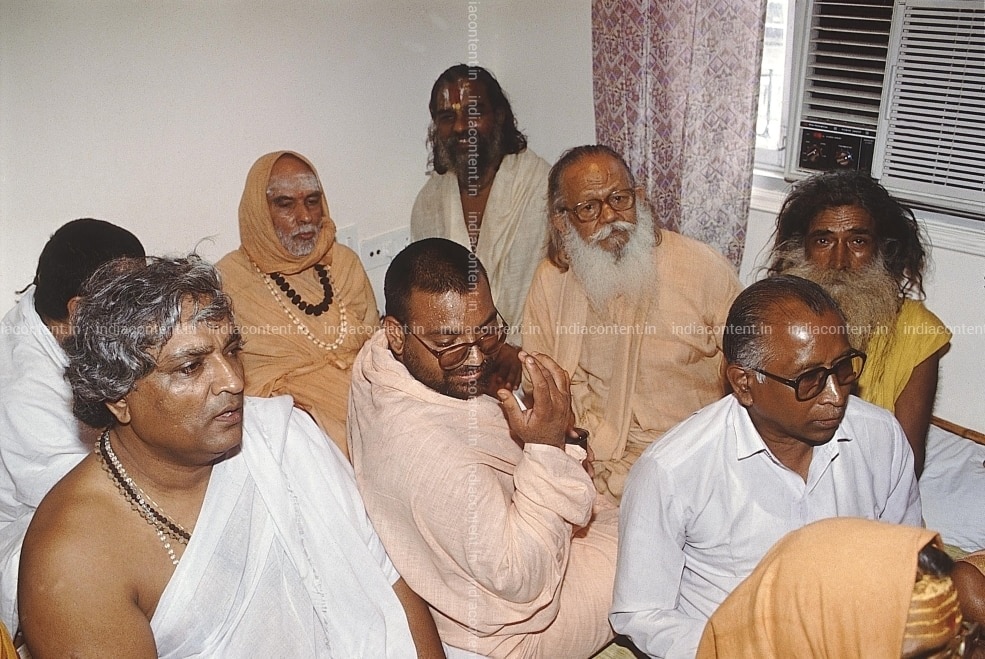 A controversy of Ram temple constructions and Article 370 will be taken up in BJP led NDA soon after its acceptance.

The conference of the Kendriya Margdarshak Mandal of the Vishva Hindu Prishad (VHP), a by-product of the Rashtriya Swayamsevak Sangh which is the parent organisation of the ruling party of India, is held every year in Haridwar and Prayagraj.

The VHP’s conference is scheduled to take place on Wednesday and Thursday in Haridwar which will be attended by many seers, saints and sadhus along with the senior representatives of VHP. Many controversies like the demand for the construction of the Ram temple in Ayodhya, the proposed Citizenship Amendment Bill, the scrapping of Article 35 A and Article 370 connecting to Jammu and Kashmir and cow protection are presumably to be taken up in the Vishwa Hindu Parishad’s meeting.

According to the disclosure of Rakesh Sinha, BJP’s Rajya Sabha MP, he would move a private member’s bill on the issue, as the RSS and the VHP were the first to raise the patter for the temple. Though, the bill was not filed for deliberation.

The members of Parliament who propose the bill and does not hold any ministerial position in Union Cabinet are known as private member bills.

The VHP meeting is held twice a year – in Prayagraj in January and in Haridwar in June.

The abbreviation of VHP is Vishva Hindu Parishad which was established in 1964 with the purpose of organising, consolidating the Hindu society and for serving and protecting the Hinduism across the globe. RSS leaders M.S. Golwalkar and S.S.Apte laid the foundation of this organisation in coalition with the Hindu spiritual leader Swami Chinmayananda. The VHP, recognised as World Hindu Council is a by-product of Sangh Parivar group led by the Rashtriya Swayamsevak Sangh which gained its eminence since the 1980s.

This organisation and its name were proposed at the world convention of Hindus be held at Prayag (Allahabad) during Kumbh Mela of 1966. The Vishva Hindu Parishad was established as a non-political organisation and that no office bearer of any political party shall be simultaneously an office-bearer in the Parishad.

This Hindu nationalist organisation is engaged in protecting the Hindutva of all the Hindus living abroad, constructing and refurbishing Hindu temples, handling the cow butchery issues, religious conversions, Ayodhya disputes and its appearance in the Babri Masjid demolition.

The VHP aimed its attention at Ayodhya’s Ramjanmbhoomi (the birthplace of Lord Rama) controversy immediately after its outset. According to Hindu folklore, the Mosque was constructed here by knocking down the temple which is considered as the birthplace of the Hindu Supreme Being Rama whereas Muslims affirm that Mosque was never constructed after the destruction of temple but with the help of the ruins of the temples. This case had taken a big momentum because of the religious, historical and political conflicts moving around the possession of site.

The VHP organised many peaceful demonstrations and mass meetings in several parts of the country. The council adopted various aggressive and violent strategies too to build the temple even after many unsuccessful attempts made by them. Most political leaders held the chief minister Narendra Modi and VHP responsible for the 2002 Gujarat riots. The decades old Ayodhya dispute has now been resolved and a verdict has been announced by the Supreme Court that the mosque should be established at a ‘conspicuous location’ and a trust should be formed within three months for the establishment of Rama Temple where Hindus believe Lord Rama was born and it will also have representation of the ‘Nirmohi Akhara’. The land has been turned over to the divinity Ram Lalla who is one of the three candidates in the case. According to the judges, the Hindus were able to demonstrate their case that they were in the dominion of the outer courtyard whereas Muslim side was inapt to demonstrate their unshared dominion of the inner courtyard.

VHP is bolstering the intrinsic levels of the Hindu society through 1,80,000 service projects in the area of health, education, self-empowerment, Gram Shiksha Mandir etc. It has been putting its continuous efforts in elimination of social evils like untouchability.

The India Content website has a huge stock of images related to VHP Meeting. The high-definition images on the website are available in three sizes – small, medium and large.