The US-Iran Crisis: An Overview 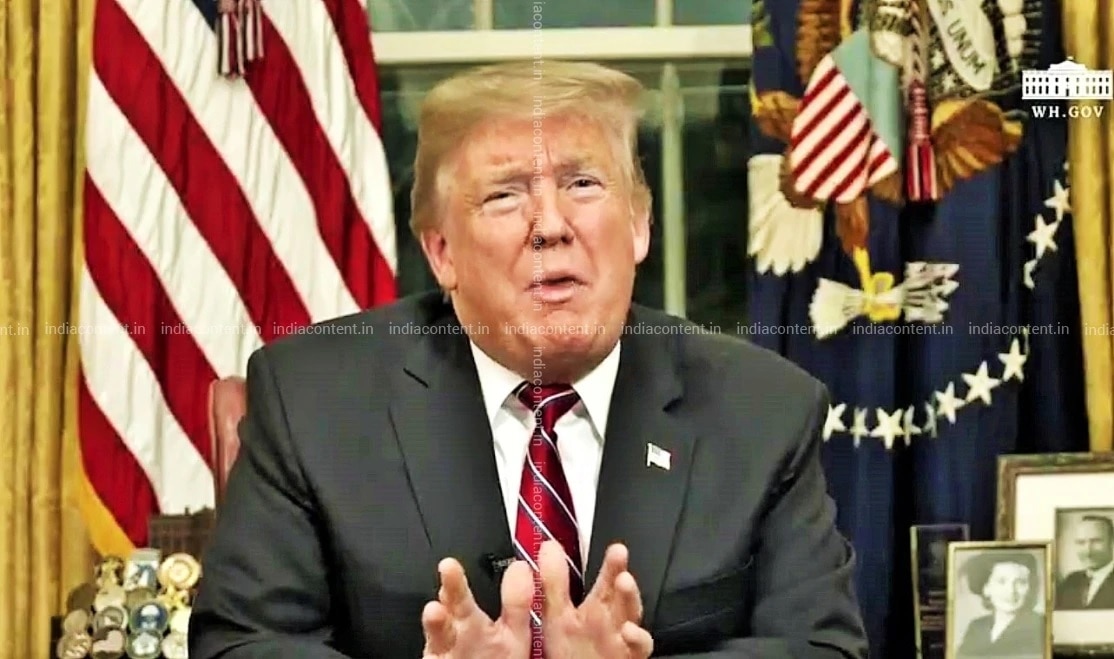 Iran expelled many ballistic missiles in Iraq’s bases in which US soldiers were housed.

US has provoked Iran posterior to the US airstrike in Baghdad assassinating Iranian top military commander Qasem Soleimani on 3rd January 2020. It exploded the bases in Iraq where the US soldiers were accommodated.

The US President Donald Trump has intensified the conflicts among US and Iran last week by slaughtering Iran’s second most powerful person. Abu Mahdi al-Muhandis, the deputy commander of Iran-backed militias recognised as the Popular Mobilisation Forces (PMF) was also assassinated in the attack at Baghdad International Airport. When the US Embassy in Iraq was hit on December 31st by the Iran-backed Kataib Hezbollah militia whose foundation was laid by Abu Mahdi al-Muhandis, then Trump permitted an overnight strike. Iran’s supreme leader Ayatollah Ali Khamenei expeditiously sworn to take the vengeance for killing Soleimani. Iran launched more than a dozen missiles at two Iraqi bases accommodating US soldiers on Wednesday but there were no victims identified, according to the Iraqi and US officials.

The conflicts among the two countries were already escalated as the US withdrew from Iran’s multilateral nuclear deal on May 8th 2018, formally recognised as Joint Comprehensive Plan Of Action (JCPOA). It was a flawed deal at the core, Donald Trump said. Iran’s economy has dropped into deep reversion as Donald has threatened to do the same with other countries or companies that will continue purchasing its oil.

Both President Trump and Iranian leaders have shown their interest to put an end to the warfare. Even after firing missiles on the US bases, Iran shows its willingness to maintain peace amongst both the countries.

The US and British agencies have organised a revolution to banish Iran’s democratically elected Prime Minister Mohammad Mossadeq. The temporal chief has decided to nationalise Iran’s oil industry.

The demonstrators confiscated the US embassy in Tehran in November 1979 and American prisoners were seized inside it for 444 days. The 52 prisoners were liberated in January 1981, the day of the US President Ronald Reagan’s inauguration. Iran smuggled out six American hostages from the embassy in the events dramatised in the 2012 Oscar-winning film Argo.

The Iranian passenger plane was shot down by American warship USS Vincennes in the Gulf on 3rd July 1988. Around 290 passengers were on board who lost their lives. According to the US disclosure, the Airbus A300 was mistaken for a fighter jet. The major part of the casualties was travelling to Mecca in this air flight.

The US put an allegation on Iran for under covering nuclear weapons programme in 2002 but Iran denied this statement. Iran’s currency lost its two-thirds value during two years when it had to face the various sessions of sanctions imposed by the UN, the US and the EU against ultra-conservative President Mahmoud Ahmadinejad’s government.

In 2015, Iran signed a long-term deal on its nuclear programme with a group of world powers known as the P5+1-the US, UK, France, China, Russia and Germany. Iran gave its consent in this agreement to limit its sensitive nuclear activities and allow international inspectors in return for raising crippling economic sanctions.

In May 2019, when the US fastened the sanctions targeting Iran’s oil exports, the relations amongst both the countries deteriorated gradually.

The US alleged Iran for blasting six oil tankers in the Gulf of Oman in May and June 2019.

A US military drone was shot by Iranian forces over the Strait of Hormuz on 20th June. As per the US declaration, it was over international water, but Iran claims it to be in their territory.

This onslaught was notified well in advance and the notice was passed to the US. Iran’s supreme leader has alarmed the US president Donald Trump for further intensification that if you hit, you get hit back.

This fear of tensions is escalating in the Middle East day by day as this was a kind of the first strike by Iran. No one knows the potential of its reciprocation and counterattack.

On the contrary, Donald Trump feels that all is well as he was anticipating such response only. It is evident from the saying of the foreign minister of Iraq that it does not look for any intensification or battle but will safeguard itself against any offensiveness.

The India Content Website has a huge stock of high-definition pictures related to US Iran Crisis. You can also find several images of the US President Donald Trump and the Iran President Hassan Rouhani. All the pictures on the website are available in three sizes – small, medium and large.