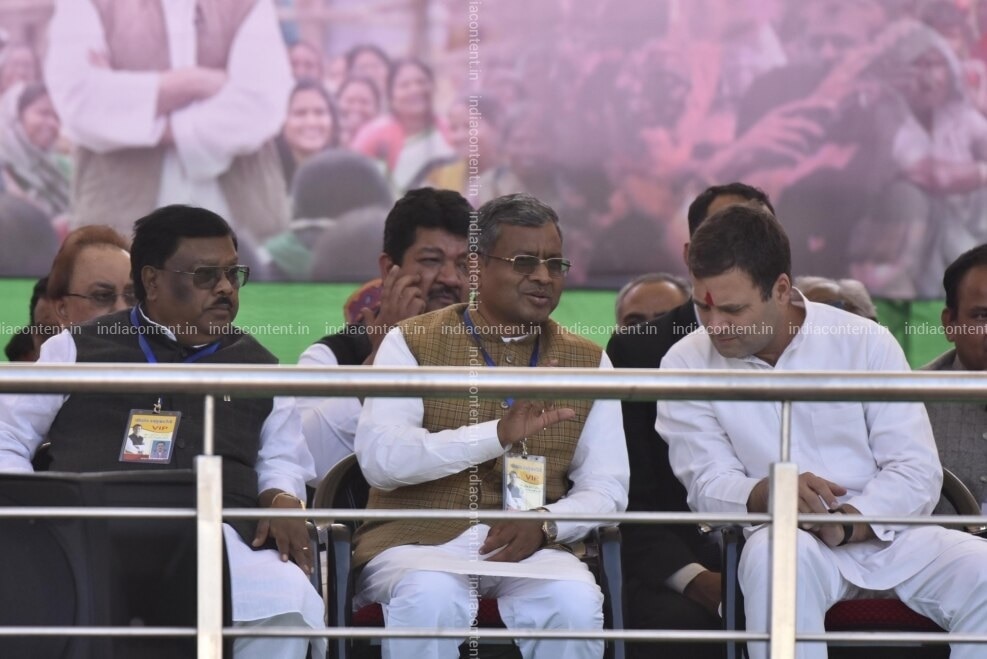 Chief Election Commissioner of India, Mr. Sunil Arora who turned his hands on Chairmanship of Association of World Election Bodies for the term 2019-2021 declared the dates for the Jharkhand Assembly Election on November 1, 2019.

The Naxalism issue in the state has also been considered for poll preparations, said the Chief Election Commissioner Sunil Arora at the time of declaring the dates for Jharkhand assembly elections. Polling will take place in 81 member-assembly in Jharkhand. According to CEC, the Naxalism has troubled 19 districts in Jharkhand which comprises 67 assembly seats. He added that model code of conduct is now in operation in the state. To keep a tab on the expenditure, Income Tax Officials will be called on in every region.

In the first 10 years, BJP was heading the state since its emergence whereas Congress led UPA governed the state only for 6 years beginning from 2009 to 2014. BJP again returned in power in 2014 and elected Raghubir Das as the chief minister. He took forward the government of Jharkhand in last five years with great difficulties as there was disgruntlement among the BJP party.

As the Jharkhand Vikas Morcha has declared to throw their hat in the ring in the upcoming assembly polls, the Congress would also try to persuade JVM-P president Babulal Marandi to stay with ‘Mahagathbandhan’. The opposition grouping polls would not have any impact by Marandi’s decision. Congress is going to head the Lok Sabha elections while JMM would drive the assembly polls as per the public announcements of associates of ‘Mahagathbandhan’.

According to the former chief minister and president of JVM-P, the opposition parties were not showing any interest when he tried to interact with them after Lok Sabha Elections. Few assumptions are overflowing in the political circles that Raghubir Das may compete from two electorates in the Jharkhand Assembly Elections.

CM Das could stand from his home electorate of Jamshedpur East, Ranchi or Dhanbad. After the Election outcomes of Haryana and Maharashtra Assembly Polls, BJP is trampling carefully. The political followers of ruling BJP are in the state of fear after the performance of both the states. Hence, Raghubar Das wants to play safely. Earlier, in Haryana and Mahrashtra polls, BJP had boasted to achieve the goals easily. They also disclosed a mission 65-plus in Jharkhand but their outlook is absolutely mutated now. Opposition parties such as former chief minister Shibu Soren and Hemant Soren’s Jharkhand Mukti Morcha, the Indian National Congress and the Jharkhand Vikas Morcha will be protesting against BJP-AJSU alliance.

The Rashtriya Janta Dal may also join the hands of three parties in the 2019 Lok Sabha Election in an alliance. BJP is redressing its approach in the upcoming Lok Sabha Elections. BJP’s ally in Bihar has shared that it would compete 81 seats all alone.

Around 2.26 crores of balloters will be polling in Jharkhand, as per the datea released by Election Commission.  29,464 polling stations will be available across the state for the voters. This number is 19 percent higher as compared to 2014. EC has also instructed to manage one polling station exclusively for women in every Assembly Electorate to encourage women participation. All election staff including security personnel at these stations will be women.

A Public Interest Litigation has also been filed in Jharkhand High court by non-governmental organisation (NGO) seeking the denial of the tickets of tainted candidates. According to the petition filed in the court, there are 51 out of 81 MLAs triumphed in 2014 Jharkhand Assembly Election whose criminal cases are unresolved.

The India Content website has a good stock of Jharkhand election images. The pictures are available in three sizes – small, medium and large.