Security has been heightened in Kashmir following the terror attack in Kulgam district that left five labourers dead and one injured from West Bengal. The incident happened a day after some terrorists shot a truck driver in Anantnag district and targeted people who were waiting at a bus stand in Sopore. Earlier, terrorists fired indiscriminately at paramilitary personnel deployed at a school in Pulwama district.

According to the Police, the labourers belonged to Sagardighi in West Bengal’s Murshidabad and were at a local resident’s house when the terrorists attacked. Of the five labourers, three were identified as Sheikh Kamrudin, Sheikh Mohammed Rafiq and Sheikh Murnsulin. The injured man, Zahooruddin, was taken to the Anantnag district hospital for treatment.

West Bengal Chief Minister Mamata Banerjee took to twitter to condemn the attack and wrote, “We are shocked and deeply saddened at the brutal killings in Kashmir. Five workers from Murshidabad lost their lives. Words will not take away the grief of the families of the deceased. All help will be extended to the families in this tragic situation.”

The attack occurred on a day when a delegation of European Union parliamentarians visited Jammu and Kashmir to talk to locals and ask them about their experience after abolition of Jammu and Kashmir’s special status under Article 370 of the Constitution.  Security forces cordoned off the area and launched a massive search operation. Additional security forces were also called in.

According to the officials, security personnel along with a flying squad have been deployed in several areas of the city and across the valley, especially in South Kashmir. Random checking of vehicles and frisking of people were being done as part of the security drill. Normal life remained affected across the Kashmir valley following the abolition of Article 370.

History of attacks in Kulgam

Terrorists have been targeting truck drivers and labourers from other states ever since the centre denied Jammu and Kashmir of its special status through a presidential order on August 5, 2019. Many non-local truck drivers were also shot dead by terrorists across Kashmir in the month of October this year. Lately, they killed an Udhampur resident who was transporting apples through Anantnag.

Besides,in 2006, a few Nepalese and Bihari labourers and a Muslim Kashmiri Indian Army soldier were killed by Hizbul Mujahideen militants in Kulgam area of Anantnag district in Kashmir. Some unidentified gunmen kidnapped a newly recruited soldier of Rashtriya Rifles and some Nepali and Bihari labourers. Later, they tortured and beheaded Sheikh. The labourers were lined up and asked to undress. One of them was identified as a Muslim and asked to step aside. Then the labourers were fired on indiscriminately which led to the death of nine of them.

You can find many images of Kulgam terrorist attack on the India Content website. The photos are available in three sizes—small, medium and large. 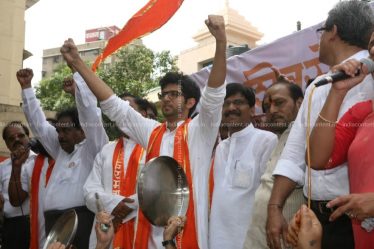