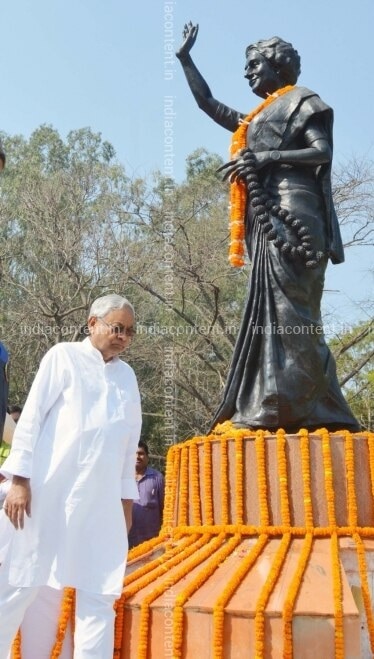 They all remembered her contribution to economy, national security, and foreign policy.

Indira Gandhi was shot dead by her own Sikh bodyguards— Satwant Singh and Beant Singh— at her residence on Akbar Road on October 31, 1984.This came after Operation Bluestar was executed at Golden Temple in Amritsar, wherein Indira Gandhi ordered the Indian Army to confront Sikh separatists who took shelter in the holy shrine.

Indira Gandhi served as her father’s personal assistant and hostess during his tenure as Prime Minister between 1947 and 1964. She was elected Indian National Congress President in 1959. Upon her father’s death in 1964 she was appointed as a member of the Rajya Sabha (upper house) and became a member of Lal Bahadur Shastri’s cabinet as Minister of Information and Broadcasting. In the Congress Party’s parliamentary leadership election held in early 1966, upon the death of Shastri, she defeated her rival Morarji Desai to become leader, and thus succeeded Shastri as Prime Minister of India.

Indira Gandhi, the Iron Lady of India and central figure of the Indian National Congress, earned a formidable reputation across the world as a stateswoman. Till date, Gandhi is the only woman to have held the office in India. Born in a politically influential family and growing up in an intense political atmosphere, she learned the trick of the trade quite early in her life. She was known for her political callousness and unprecedented centralisation of power.

Indira Gandhi went to war against Pakistan to support the independence struggle of the people of East Pakistan, which resulted in an Indian win and the creation of Bangladesh.

She also instituted a state of emergency from 1975 to 1977 where basic civil liberties were suspended and the press was censored. She also made significant changes to the Indian Constitution.

Indira Gandhi initialised ‘Operation Blue Star,’ which gave her a critical reputation and ultimately led to her assassination. It was in 1999 when Indira Gandhi was named “Woman of the Millennium” in an online poll, which was organised by the BBC.

The India Content website has several images of images of Indira Gandhi death anniversary. The photos are available in three sizes—small, medium and large.