One of the few actors of the Marathi film industry, Shreyas Talpade has found success in both Marathi and Hindi film and television industries. The comic and intense characters that he has played, have created a trend. On the occasion of his birthday, get to know this talented actor better!

Shreyas Talpade was born on 27 January 1976 in Mumbai, Maharashtra. The actor’s father is the brother of film actresses Meena T. and Jayshree T. For education, Shreyas went to Shree Ram Welfare Society High School in Andheri West and Mithibai College in Vile Parle.

Shreyas started his acting career with Marathi soap operas and stage shows. He appeared in the Zee TV soap opera Woh in 1997 in which he played the main role. He also acted in mini-serials for the production “Adhikari Brothers”, and appeared in a popular Marathi serial ‘Damini’, as well, in which he played the character of Tejas which was famous among Marathi audiences. He also appeared in many other Marathi serials like Aabhalmaya as Nishant, Avantika as Abhishek Jhagirdaar, Bedhund Manachi Lehar, Gubbare, Amanat, etc.

Shreyas also acted in television serial Jaane Anjaane which aired on Doordarshan in 2001. In this serial, he played the role of a son who had dislikes for his father because he felt that his father was the reason for his accident. The viewers loved his role and the content of the series a lot. Besides, he worked in several other Hindi serials like Who, Partners Trouble Ho Gayi Double and My Name Ijj Lakhan. He also judged the show The Great Indian Laughter Challenge along with other celebrity judges.

The actor is married to Deepti Talpade, a psychiatrist, with whom he has one daughter.

Shreyas Talpade has won many awards and accolades. In 2005, he won nomination for Filmfare Best Male Debut Award for film Iqbal. In 2006, he received Zee Cine Critics Award for Best Actor for the film, Iqbal. In 2007, he got Best Comedian Star Screen Awards for the film, Dor. Also, the actor earned Stardust Breakthrough Performance Award (Male) for Om Shanti Om and won nomination for Filmfare Best Supporting Actor Award for the same film.

Shreyas Talpade got a taste of fame after his Bollywood debut ‘Iqbal’, which was directed by Nagesh Kukunoor and written by Vipul K Rawal. In this film, he played the role of a deaf & mute youngster who aspired to become a cricketer. His performance in the film was loved by both audience and critics.

His next film Kukunoor’ Dor was also well received by the critics. In this film, he played the comic role of a behroopiya, a man with many disguises.

Besides, Shreyas has appeared in many commercially and critically successful films, including Farah Khan’s reincarnation melodrama Om Shanti Om, which was released in 2007 and the comedy films, Golmaal Returns (released in 2008), Golmaal 3 (released in 2010), Housefull 2 (in 2012) and Golmaal Again (in 2017). Shreyas also acted in the horror film, Help.

The Marathi film Poshter Boyz was remade in Hindi as Poster Boys and Shreyas made his directorial debut with this film which released in 2017.

The India Content website has a good stock of Shreyas Talpade’s photos, including his latest images from various movie promotions, premiers, special screening, shoots, award shows and many other events. The high -quality pictures on the website are available in three sizes-small, medium and large. 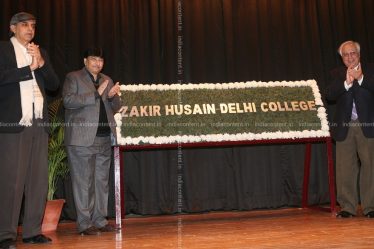