It’s been more than a decade since the serial blasts in different parts of Delhi occurred, killing over 63 and injuring more than 210 people in three explosions. The blasts took place in the evening of October 29 in 2005, only two days before Diwali, when people were busy making purchases for the festival which was round the corner. The bombings turned the festival of lights into the festival of tears and blood.

The first blast took place in Paharganj main bazar near the New Delhi Railway Station at around 5:38 pm (IST). The explosive device was planted in a two-wheeler. When the bomb exploded, it ripped apart a medical shop where the vehicle with the bomb was parked.

The second blast occurred inside a bus in Govindpuri area at 6:00 pm (IST) in the southern part of the city, injuring nine people. The conductor of the bus spotted a suspicious plastic bag which was claimed by none of the passengers. According to BBC, a man climbed aboard the bus and refused to buy a ticket. He left his large, black bag inside the bus and ran away. The driver and conductor of the bus instantly alerted the passengers and minimised the damage by throwing the bomb out of the window.

Within minutes of the second explosion, at 6:05 pm (IST), the third blast took place in a very crowded corner of the busy Sarojini Nagar market. According to the eyewitnesses, the bomb was placed in a white colour Maruti van whose front and rear mirrors were shattered due to the explosion. The bomb went off near a vendor who was using a gas cylinder which exploded and led to multiple explosions and an outbreak of fire in a row of shops. The blast resulted in the death of more than 43 people and injured about 28 people. Several clothing shops and a few vehicles parked behind these shops were destroyed in the blast. It is believed that the explosive used to carry out the blasts was RDX.

President APJ Abdul Kalam condemned the blasts and sent condolences to the bereaved and other victims. He appealed to the people to maintain calm and help the agencies in relief and rescue work. Several parts of India were put on high alert following the blasts.

The Delhi Police released three sketches of one of the suspected bombers involved in the blasts. As per the media reports, 10 suspects were detained following the blasts. Five of them were picked up from the Delhi Railway station and others from railway stations and bus terminals.  Tariq Ahmad Dar was arrested in Kashmir as the alleged suspect of the attacks on in November, 2005. The police also arrested the suspected Govindpuri bomber, Mohammed Rafiq Shah. They were freed in February, 2017 due to lack of evidence.

The blast victims were admitted in Safdarjang hospital, Lady Hardinge Hospital, Ram Manohar Lohia hospital and in All India Institute of Medical Sciences (AIIMS). Several people were declared dead and many suffered fatal injuries. The relatives of the dead and injured received money and medical help from the government. The amount of Rs 3 lakhs was decided to be given as ex-gratia to next of the kin of every dead person, and Rs 50,000 to those who were seriously injured, as told by the then Delhi Chief Minister Shiela Dikshit to the reporters. All the injured received free treatment at any government hospital.

You can find several images on the India Content website in which people are paying tribute to the victims of Sarojini Nagar serial blasts on its 14th anniversary. The photos are available in three sizes—small, medium and large. 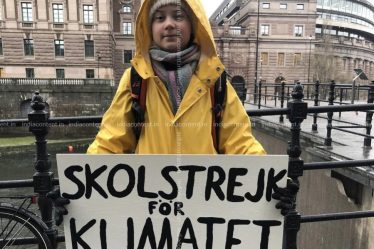