Recently, the BJP-Shiv Sena alliance easily won the recent Maharashtra assembly election. However, the parties have been arguing over the chief minister’s post with the Shiv Sena claiming the existence of a “50:50” deal under which the Chief Minister’s post would be shared by the two parties for two-and-a-half-years each.

The BJP and Shiv Sena were expected to hold talks over power sharing, however, both the parties have suspended all discussions and negotiations over forming the next government in Maharashtra. The suspension of talks between the two parties happened on the day when chief minister Devendra Fednavis asserted that he would return as CM and told that there was no “50:50” between Shiv Sena and BJP. He said that there was no plan B or C. There was only plan A, and that would work.

Uddhav Thackery cancelled the meeting of both the parties as there was no point in holding talks if the chief minister said there was no agreement on sharing the CM’s post.

The fight between the BJP and Shiv Sena has been going on ever since results of the Maharashtra assembly election were announced. Even though the BJP-Shiv Sena alliance won a majority in the 288-member Maharashtra assembly, nobody yet has formally staked claim to power.

The Shiv Sena has claimed that the BJP is going back on its word of equal partnership made before the Lok Sabha polls. Shiv Sena leader Harshal Pradhan, who is considered close to Uddhav Thackeray, released a tape recorded in February 2019, in which Maharashtra CM Devendra Fadnavis is saying, “We have decided equal sharing of posts and responsibilities once we come to power again.” This came after Fadnavis said that the Shiv Sena was not promised rotational chief ministership.

However, it is interesting that the Shiv Sena is bringing up the issue of rotational chief ministership which it had dropped itself in June this year on the foundation day of the party. On the day of the event, which was attended by Maharashtra CM Devendra Fadnavis also, party mouthpiece, Saamana wrote, “We have to resolve to turn the next Vidhan Sabha ‘saffron’ and ensure that a Shiv Sena chief minister will be seated on the dais at the party’s 54th foundation day next year.”

Party leaders including spokesperson Sanjay Raut and Yuva Sena chief Varun Sardesai— a cousin of Aaditya Thackeray, the chief ministerial aspirant of the Shiv Sena— have been saying all through this year that the next chief minister of Maharashtra will be from their party.

While Uddhav Thackeray did not disclose details of the “formula” agreed between him and Amit Shah, there are reports that the agreement was either to have a rotational arrangement where the BJP and Shiv Sena will get the CM’s post for 2.5 years each. Besides this, there is also the talk of a “50-50 formula” under which both the parties will have equal number of ministers in the Maharashtra government.

In the last assembly election, the BJP and Shiv Sena contested the polls separately and won 122 and 63 seats respectively. They formed a post-poll alliance to form government.

The India Content website has a good stock of BJP-Shiv Sena Alliance imges. The photos are available in three sizes—small, medium and large. 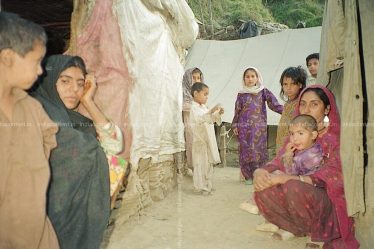 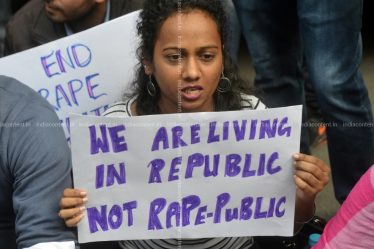