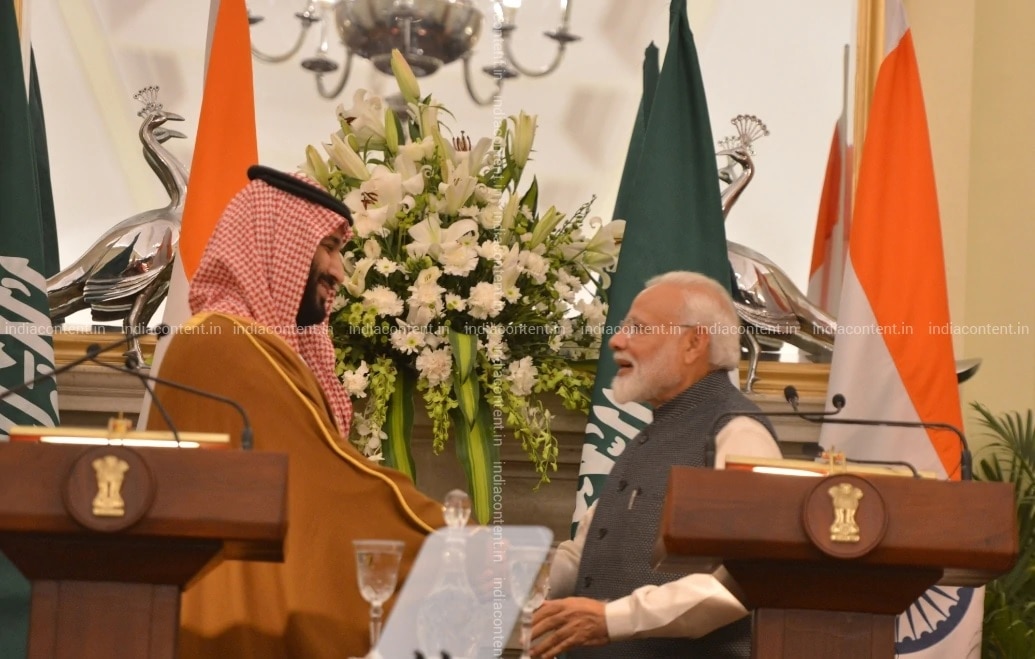 Recently, Prime Minister Narendra Modi was on a two-day visit to Saudi Arabia with an aim to boost bilateral ties between the India and Saudi Arabia in key sectors, including finance and energy.

Prime Minister Narendra Modi arrived at the King Khalid International Airport in Riyadh on October 29, 2019 for his visit to the country where he was received by Saudi officials. He inspected a guard of honour at the airport and stayed at the King Saud Palace during his visit.

After arriving in Riyadh, PM Modi tweeted,” Landed in the Kingdom of Saudi Arabia, marking the start of an important visit aimed at strengthening ties with a valued friend. Will be taking part in a wide range of programmes during this visit.”

As per the media reports, during PM Modi’s visit to Saudi Arabia, the two countries signed several agreements, including one on forming a Strategic Partnership Council and another on a joint venture for retail outlets for petroleum products. Total of 12 agreements and MoUs were signed between the two countries in key sectors including defence industries collaboration, renewable energy, security cooperation and civil aviation. Also, Modi held a bilateral meeting with the Saudi ruler and delegation-level talks discussions with the Crown Prince on adding greater dynamism and depth to the bilateral strategic partnership, as per the MEA.

At the FII Forum, also dubbed as the ‘Davos in the Desert’, Modi spoke about the goal of achieving USD 5 trillion dollar economy and highlighted many initiatives taken by his government to make India more business-friendly to investors.

The FII was hosted by Riyadh since 2017 to project the Kingdom as a potential investment hub in the region.

The Indian Prime Minister also spoke about regional and global issues and said that his country aims to invest USD 100 billion in refining, pipelines and gas terminals by 2024.

Images of Modi’s visit to Saudi Arabia on India Content

The India Content website has a good stock of Prime Minister Narendra Modi’s visit to Saudi Arabia imges. The photos are available in three sizes—small, medium and large.