Recently, we came across a big news of all times where Supreme Court has finally given its verdict on Rafale case. It has rejected all the petitions related to Rafale Jet deals. It was also confirmed that apex court had given a clean chit to Narendra Modi in the year 2018 where in all irregularities pertaining to the procurement of 36 Rafale fighter jets that were basically from Indi to France.

Release of the tenders by the UPA Govt. for almost 126 fighters was given by them and that too was on the special request of Indian Air Force.

On January 2012: Dassault Aviation which is actually a French Company gave the lowest bid for their own Rafale aircraft. It was also understood that 18 jets were actually required to be imported on a completely fly away condition whereas basically 126 jets were actually required. Now the Indian company Hindustan Aeronauticals (HAL) was to manufacture all the remaining 108 jets and that too under the guidance or assistance from Dassault.

In 2014: Dassault and HAL came into mutual agreement wherein negotiation on the same was to be taken care of but the deal was not finalised.

In June 2015: Withdrawal of the tender deal for 126 aircrafts was made by Defence Minister.

In April 2015: An official visit to Paris was made by PM Narendra Modi and he announced the decision to buy 35 Rafale jets.

In January 2016: A formal visit to  India on the occasion of Republic Day was made by French President Francois Hollande and at the same time a very important document, memorandum of understanding was signed by them and that was actually for the purchase of Rafale.

In November 2018: India’s Chief Justice Ranjan Gogoi who actually heads a bench of judges reserved verdict in the matter of Rafale case and brought forward many arguments for the same.

In December 14, 2018: Supreme Court dismissed petitions seeking court-monitored probe into Rafale fighter jet deal, saying that there was no occasion to doubt the decision-making process in the deal. The top court had also said that it was not its job to go into the issue of pricing of fighter planes.

May 2019: Former Union ministers Yashwant Sinha, Prashant Bhushan including Arun Shourie and many others have filed a plea in the court in May 2019 against the crucial judgement given by the court.

Now here in this regard an affidavit was also filed and that too basically for nothing other than the dismissal of the review petition when it was being brought into the notice that many internal and confidential documents of Defence Minister secretly came into the limelight and that too in front of everyone by the media that was basically related to Rafale Fighter deal.

In October 2019: A ceremony was being attended by Indian Defence Minister Rajnath Singh in France and where he received First Rafale.

November 2019: Lastly, in the month of November in the year 2019, Supreme Court finally dismissed all the petitions related the case of Rafale.

There has always been a matter of controversial arguments on the subject of air force and many crisis. And, at the same time, various conflicts have also occurred for the same and that too from many countries.

Now as we understand about the most critical technologies and great advancements in the Science and Technology and with all such advancements Military weapons have undoubtedly become the most important ones today and that too in terms of its great effectiveness and at the same time its value.

Now here with all such advancements, the modern era has great air dominance and keeping this in mind the modern warfare has equally gained its value. This is majorly going to help in all the spheres that basically are from air to ground and air to sea, as well with more efficiency and utmost safety.

Events related to September 11 have given a clear picture that in order to maintain peace in future it becomes a must to airspace and with great control along with air assets.

The decisive place of the air component in modern warfare is demonstrated by the defense strategies decided by those nations who want to keep a leading role on the world stage.

It was also announced that India shall soon get all the latest weapons like missiles and Meteor and that too as a part of their contract, there is also available a complete support system that allows a complete five years support. . Now here, in this regard, India has to submit the amount of 15% and that too in advance and it was last mentioned that as per the contract the delivery for the same shall commence in three years’ time.

An on-board oxygen generation system (OBOGS) a completely advanced and helpful system is available in the jet thus making it more secure and reliable and the best part here is that it completely avoids the requirement of Liquid oxygen or the need of ground support for the production of oxygen as it may be required at any time.

Conclusively, the primary issue in relation to Rafale has always been its transfer and that too between the two sides of the nation. It was actually brought into notice that Dassault Aviation was not responsible for the control of quality of Rafale and that too for the production of round 108 Rafale jets.

If you are looking for Rafale Verdict pics then you must check the India Content website. You will find good quality images on the website. The pictures are available in three sizes—small, medium and large. 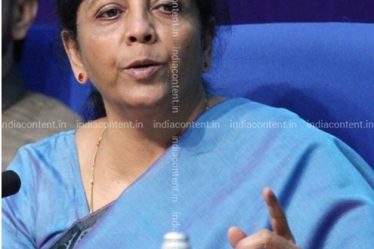