The Bharat Bandh walkout was called by ten central trade unions on 8th January 2020 which received a good acknowledgement in few parts of the city. Nearly 25 crore populace was engaged in a national walkout to rise up against the ‘anti-people’ and ‘anti-national’ policies of the NDA government at the centre. The walkout commenced on January 8 at 7 am. Trade unions encompass several unions and federations comprising INTUC (Indian National Trade Union Congress), AITUC (All India Trade Union Congress), HMS (Hind Mazdoor Sabha), CITU (Centre of Indian Trade Unions), AIUTUC (All India United Trade Union Centre), TUCC (Trade Union Coordination Centre), SEWA (Self Employed Women’s Association), AICCTU (All India Central Council of Trade Unions), LPF (Labour Progressive Federation) and UTUC (United Trade Union Congress) promulgated in September 2019 to go on a nationwide walkout on 8th January 2020. They had castigated the rampage in Jawaharlal Nehru University and other university campuses all across the country and lent supporting hand to the students and teachers both. Posterior to the trivial conference with Central Labour Minister Santosh Gangwar, Trade Unions pronounced to go for a walkout.

Being the cornerstone of the walkout, Banks services such as Branch and ATM services were put off but online transactions like NEFT, IMPS etc. remained unaffected. Railway tracks in West Bengal were obstructed by the demonstrators. Congress and CPI leaders were detained for participating in the Bharat Bandh 2020 call in Andhra Pradesh. Demonstrators on Mount Road in Chennai and Tamil Nadu were called by trade unions during the bandh.

AIKSCC (All India Kisan Sangharsh Coordination Committee) including 250 farmer organisations had also declared to witness ‘Grameen Bharat Bandh’. Due to the 24-hour walkout by trade unions across the nation, Goa did not cut much ice as only banking and public bus transportation services were partially affected.

Banking and roadways services were partially affected in Rajasthan during the period of ‘Bharat Bandh’. In Telangana, banking services were stalled but there was no effect on transport services and business establishments were open throughout the day. The transport services in West Bengal, Kerala and other states were obstructed but the financial hub Mumbai and the national capital Delhi were unruffled with these obstructions. All the major parties comprising ruling Shiv Sena, Nationalist Congress Party, Congress, CPI, CPM, PWS, Maharashtra Navnirman Sena, Vanchit Bahujan Aghadi, Janta Dal and others in Mumbai joined the national walkout except Bharatiya Janta Party.

As per the Department of Personnel and Training, the central government employees were prohibited from partaking in any kind of walkout including mass casual leave, go slow etc. or any action that instigates any kind of demonstration in violation of Rule 7 of the CCS (Conduct) Rules, 1964. The government officials had been ordered by the DoPT not to accord any kind of leave to the workers during the period of a walkout by Central Trade Unions. The DoPT had released an official proclamation stating that if any central government official went on the walkout, he/she might not only have to face the consequences of curtailment in wages but also disciplinary action as per the guidelines.

The demonstrators urged the Centre to give up the proposed labour reforms during the Bharat Bandh. A proposition bill for the amalgamation of 44 labour laws into four codes – wages, industrial relations, social security and safe working conditions was passed.

Bank employees were demonstrating due to the amalgamation of public sector banks all across the country.

The trade unions were protesting against the anti-people policies which encompass the massive disinvestment of PSUs, privatisation of state-owned entities, the hundred per cent sale of Air India and some reform policies, these will affect their livelihood.

According to the Centre of Indian Trade Unions, the government was unable to examine the economic issues and was engaged in privatising and selling PSUs which was destructive to the national interest and national development. Approximately 15 lakh power sector employees and engineers were demonstrating wherein the centre had proposed the amendments to the Electricity Act as well as other privatisation policies of the government against the interest of the consumers and employees. Exercise of an old pension scheme for employees was also a part of the demands of the protesters. The Bharat Bandh walkout against the policies of the Central government by trade unions was backed by the Shiv Sena-NCP-Congress in Maharashtra.

Congress leader Rahul Gandhi had applauded the demonstrators for instigating the walkout.

The India Content website has a huge stock of high-definition images related to the content. The pictures are available in three sizes – small, medium and large. 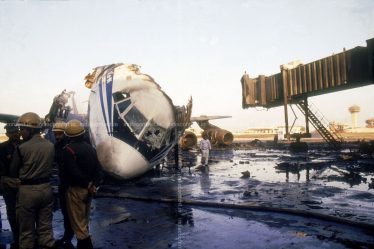