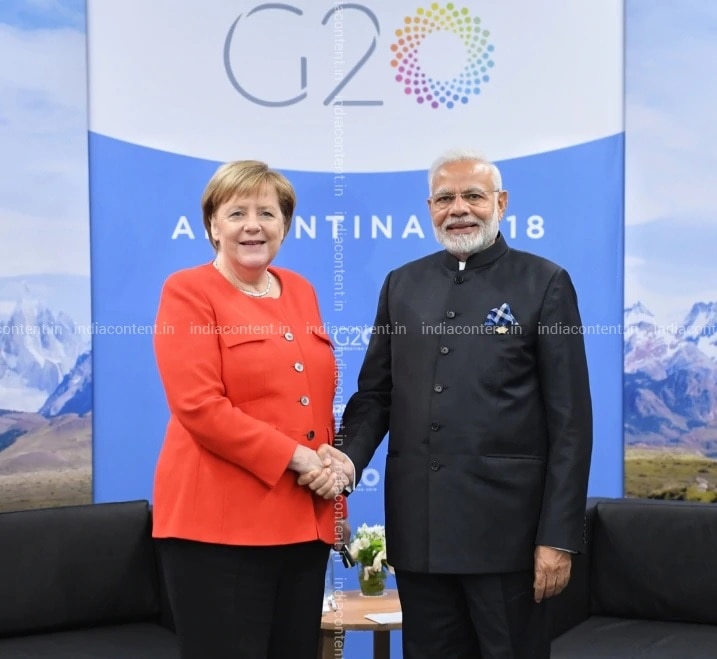 Recently, German Chancellor Angela Merkel arrived in India for a two-day visit during which she held meetings with Prime Minister Narendra Modi on a host of bilateral issues.

Markel was received at the airport by MoS Prime Minister’s Office Jitendra Singh. She was given a ceremonial reception at the Rashtrapati Bhavan on Friday morning. Later in the day, she paid tributes to father of the nation Mahatma Gandhi at Rajghat.

The German chancellor and PM Modi co-chaired the fifth Biennial Inter Governmental Consultations (IGC) in New Delhi, following which the two leaders made press statements. Later, a host of MoUs and agreements in a wide spectrum of areas were signed between the two countries.

It was during the IGC that the two leaders discussed the deepening of cooperation in traditional sectors like transport, energy and skill development. They also talked about the possibilities for cooperation in newer areas like green urban mobility and artificial intelligence.

As per the External Affairs Ministry, total 17 agreements had been signed between the two countries in the fields of maritime, agriculture, cooperation in inland, coastal and maritime technology among others. And, five joint declarations of intent were also exchanged between India and Germany.

The joint declarations of intent included partnership for green urban mobility, research and development on artificial intelligence, cooperation on strategic projects, and cooperation in the field of prevention of marine litter.

Agreements had also been signed to promote, establish and expand scientific and technological research cooperation, and academic collaboration in yoga, ayurveda and meditation.

An agreement had also been signed in the field of rehabilitation, occupational diseases and vocational training of insured persons, and workers with disabilities.

As per the statement, other agreements which were signed between India and Germany included collaboration in agricultural, technical and professional training, the Indian Museum, Kolkata, cooperation between the National Museum, the National Gallery of Modern Art, the Prussian Cultural Heritage Foundation and the Stiftung Humboldt Forum in Berliner Schloss and between All India Football Federation (AIFF) and Deutscher Fußball-Bund e.V (DFB).

Angela Merkel called on President Ram Nath Kovind and also held a meeting with PM Modi at his Lok Kalyan Marg residence. Both, PM Modi and Angela Merkel had a separate engagement with CEOs and business leaders of both the countries.

In 2001, India and Germany became the strategic partners, and both the countries have a mechanism of intergovernmental consultations at the level of head of governments which allows for a comprehensive review of cooperation and identification of newer areas of engagement.

Germany is India’s largest trading partner in Europe and India was ranked 25th in Germany’s global trade in 2018. The country is the seventh-largest foreign direct investor in India since April 2000. Its total FDI in India from April 2000 until March 2019 amounted to USD 11.7 billion.

The India Content website has a good stock of images of German Chancellor Angela Markel’s visit to India. The photos are available in three sizes—small, medium and large. 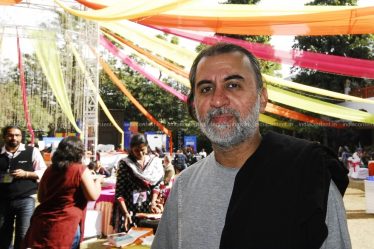