The 77-year-old actor attended the ceremony with his wife, veteran actor-MP Jaya Bachchan, and actor-son Abhishek Bachchan. Also, present at the award ceremony were winners of the National Film Awards.

After receiving the award, Amitabh Bachchan thanked the President and Minister of Information and Broadcasting Prakash Javadekar. He said in his acceptance speech, “It is by the grace of God, the blessings of my parents, support of colleagues from the industry and the love of the people of India that I am able to stand in front of you. It’s been 50 years since the establishment of Dadasaheb Phalke Award and it is the time for which I have been working in the industry. I am grateful for this opportunity and accept this award with gratitude.”

He ended his address by saying, “When the award was announced, I thought if this is a hint to tell me that my time is over and I need to rest at home now. There’s still some work I have to finish and I will be grateful of you all if I get more opportunities in the future.”

What is Dadasaheb Phalke Award?

India’s highest award in cinema Dadasaheb Phalke award which was named after the father of Indian cinema, Dhundiraj Govind Phalke, was introduced in 1969, the year when Amitabh Bachchan made his debut in Hindi film industry with “Saat Hindustani”.

The most prestigious award is conferred by the government of India to commemorate Dadasaheb Phalke’s contribution to Indian Cinema. It comprises a Swarn Kamal (Golden Lotus) medallion, a shawl and a cash prize of ₹1,000,000.

Amitabh Bachchan is the legend of Bollywood and the superstar of the millennium. He is also a film producer, television host, occasional playback singer and former politician.

In a career spanning five decades, Bachchan has stayed at the top, surprising fans with stunning performances in hundreds of Bollywood films.

Born on 11 October 1942 to famous Hindi poet Harisvanshrai Bachchan and Teji Bachchan, the superstar began his career in cinema as a voice-over artist for Mrinal Sen’s Bengali film Bhuvan Shome and made his debut as an actor with the film, Saat Hindustani, which did not do well at the box office. After several flops, Bachchan finally tasted success in 1973 with Prakash Mehra’s action film “Zanjeer” in which he played the lead role.

Films like Zanjeer, Deewaar, Sholay, Mr Natwarlal, Lawaaris, Muqaddar Ka Sikandar, Trishul, Shakti and Kaala Patthar made him an extremely popular actor of Bollywood. During those golden days of his life, he was also known as “angry young man” for his on-screen roles in Bollywood. He completed his education from Uttar Pradesh and moved to Mumbai to become a film star. But he had to struggle a lot initially and got work of narration and background commentary only.

Amitabh Bachchan switched to character roles in the 2000s with Yash Chopra’s romantic film “Mohabbatein”, which was released in 2001. In this film, he featured alongside Shah Rukh Khan and Aishwarya Rai as a strict father.

In 2000, Bachchan made his television debut as the host of the game show “Kaun Banega Crorepati”, which enjoys huge popularity and is a programme that the actor continues to host even now.

With age, Bachchan started taking up films such as Aankhen, Khakee, Baghban, Pink, Viruddh, Sarkar, etc. Films like Paa, Black, and Piku earned him three more Best Actor National Film Awards and they remain a highlight in his storied filmography. In 2019, he received amazing reviews for his performance in the film, Badla.

The government of India honoured Bachchan with the Padma Shree, the fourth highest civilian award in the Republic of India, in 1984, the Padma Bhushan in 2001 and the Padma Vibhushan in 2015 for his contributions to the Hindi Cinema.

The veteran star has also stayed active through his campaigns for diseases like polio, tuberculosis, besides the girl child and other such programmes.

And, as everyone knows, Amitabh Bachchan married Jaya Bhaduri, a popular actress of Hindi cinema from the early 70s, which whom he has two children—Abhishek Bachchan and Shweta.

India Content has a huge stock of megastar Amitabh Bachchan’s images from various shoots, promotions, award shows, television programmes, conferences, etc.  There are many other photos of the great actor available on India Content website from various events like India Today Mindrocks, 2016, India Today Unforgettable and many more. 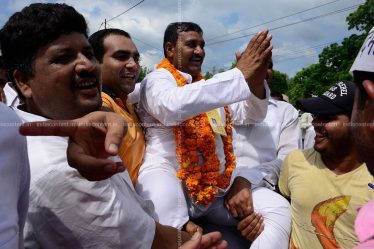 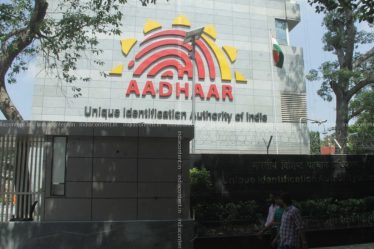