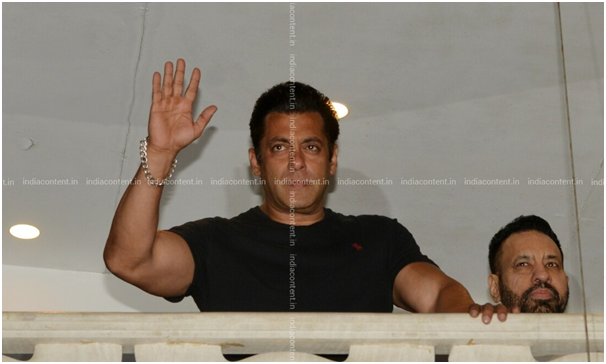 Bollywood Actor Salman Khan has got into trouble with the law quite a few times- whether it’s the Arms Act case, the hit and run case or the Chinkara or Black Buck Poaching case.

Currently, he is in the news and the court for poaching blackbucks during the shoot of Hum Saath Saath Hain at Kankani village, Rajasthan in 1998.

The alleged incident of poaching of blackbuck caused Salman Bhai not just one but two cases to be filed against him. The first case filed against him is for poaching of blackbucks along with his co-stars Saif Ali Khan, Tabu, Sonali Bendre and Neelam Kothari. They were alleged to have shot two blackbucks (Indian antelope) which are listed under the Wildlife (Protection) Act 1972. This act states that any animal that comes under this act cannot be hunted and failing to abide by it is punishable under the law by a fine, imprisonment or both.

The second case against Salman Khan is for carrying and using firearms for which the license had expired. Controversies on this have been making rounds for a long time. His lawyers stated that he had been carrying air gun for which you don’t need any license and are not harmful to anyone. The court said that the police had filled him under the wrong section of the IPC (Indian Penal Code). They should have pinned him for using firearms with an expired license instead they had filed him in use of firearms without a license.

Khan and seven others were accused of killing a blackbuck and a Chinkara in two separate incidents in 1998. Salman had appealed before the high court challenging the lower court’s verdict that had handed him one and five years’ imprisonment, respectively, in the two separate cases of poaching. The hearing was completed in these cases in the last week of May and the decision was reserved by the high court.

All About the Blackbuck and Chinkara Poaching Case:

Black Buck Poaching Case convicts Salman Khan along with Saif Ali Khan, Tabu, Sonali Bendre and Neelam Kothari went to entertain themselves with hunting, not thinking twice about breaking the law. Khan was encouraged by his friends to get his aim right and applauded him for hunting precious living beings. The hunt began on the evening of September 26 at Umaid Palace when the driver was asked to arrange for sightseeing trips for hotel guests by Dushyant Singh, who looked after Travelaide, a company owned by Gaj Singh, the erstwhile ruler of Jodhpur.

At about 10 p.m., Salman Khan arrived and asked if he could drive. Bollywood Actor and Producer, Satish Shah sat with him in the front with the driver and four others in the rear.

Salman drove off to Bavad village, off Nagaur road, 40 km away from Umaid Palace where a herd of Chinkaras awaited them.

As the driver stated his statement, Salman Khan fired twice and missed. The third shot was fatal. Salman Khan got down and cut the Chinkara’s throat and then, after killing another one, drove back to the hotel.

A Complaint was filed by the local Bishnoi community on October 2nd, 1998 that alleges Salman Khan, Saif Ali Khan, Sonali Bendre, Tabu and Neelam killed two blackbucks. On October 12, Salman was arrested and charged with killing three Chinkaras. After a brief prison term, the actor got bail in the case of killing blackbucks but was rearrested in the case of killing Chinkaras. The Rajasthan High Court had acquitted Salman Khan in the two Chinkara poaching cases, while the Jodhpur court had acquitted Khan in the Arms Case. However, the April 5 verdict convicting Salman of killing Blackbucks leaving no room for bail till Friday, for the stringent Wildlife Protection Act applies to the offense. The court stated that under Section 51 of the Wildlife Act, the accused gets punishment for five years in jail with a penalty of Rs 5,000.

The Supreme Court agreed to fast-track the plea filed by the Rajasthan Government. Final arguments were completed in the trial court. The Jodhpur Court’s final verdict convicts Salma Khan as the prime accused in the Blackbuck Poaching Case while the list of actors in the Blackbuck Poaching Case- Saif Ali Khan, Sonali Bendre, Tabu and Neelam Kothari walk out free due to lack of evidence. Trouble seems to be back for actor Salman Khan with a Jodhpur court warning to reject his bail if he fails to appear before it in the next hearing in connection with the 1998 blackbuck poaching case. The warning was given to the actor after he failed to appear at a hearing. The court then posted the matter to September 27, 2019. Since 1998 the case took a twist, then a turn. There were the arrogant film stars and the defiant Bishnois; there were the missing guns that turned up in Mumbai and a science-defying post-mortem report that attributed the death of the blackbucks due to natural cause.

When Salman Khan and his friends went on a hunting picnic, they failed their fundamental duty as adult citizens of India. One would expect influential citizens like Salman Khan and his friends to set an example for protecting the wild, not hunting it, but the course of the case has proved otherwise. Killing the Blackbuck and Chinkara, both Schedule 1 animals on the endangered list is a violation of the Wildlife Protection Act, 1972, and promises the convict from one to six years in prison.