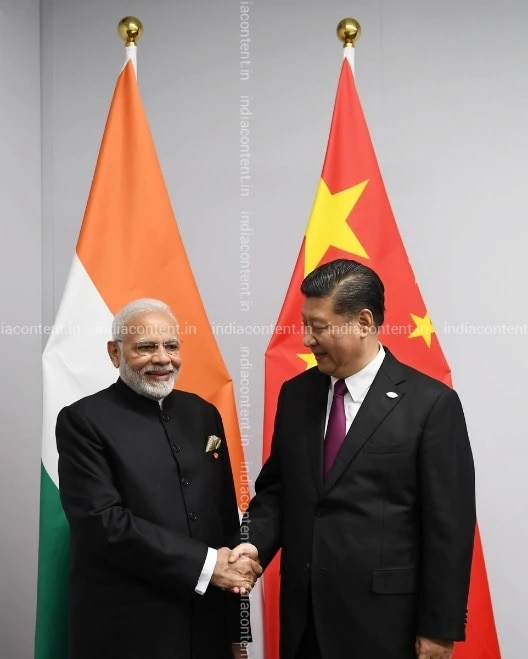 When XI Jinping drove happily out of the Chennai airport in his own Hongqi L5, he made a subtle but definitive powerful statement that surely cannot be missed. China may be battling with numerous demons internally and externally, but this is a power that has actually arrived. Therefore, the second- Narendra Modi-XI Jinping informal summit, which began on the beaches of the scenic beauty of Mamallapuram, exhibited a totally different sort of power dynamic.

Moving from the Wuhan Spirit to the Chennai Connect (As Modi government is fond of alliterations), the distance India and China have travelled is not at all long. Despite the declaration of cooperation, the two countries remain far apart on any of the strategic and tactical issues. And that is the main reason why Modi and XI are advised to meet in these informal settings where the two countries can understand each other better as we know well that red lines are clearer and potential areas of cooperation, however narrow, can also be identified.

Leaders like Modi and XI, who two are the dominant personalities in their respective systems, actually use summitry to move the needle, either on trade or on security, beyond their sclerotic administrations. This is both a statement of confidence and at the same time recognition that for both the countries the management of a complex relationship and bilateral stability is crucial in the event. The good news is that the summit and its format are acquiring traction- Xi  at the same time invited Modi for the third one in China next year. The two countries are about to set up a new high-level mechanism on trade, investment and manufacturing that will have the Finance Minister Nirmala Sitharaman to come into the scene and be on the Indian side and the Chinese vice premier -Hu Chunhua- on the other. Possibly the most important understanding was importantly on RCEP with Xi conceding that the 16-country FTA had to be rationally balanced for it to make sense for India.

If ever Pakistan expected a discussion on Kashmir between Xi and Modi that actually did not happen ever. Instead, Xi shared with Modi his discourse with Imran Khan on his most recent visit to Beijing two days before Xi was supposed to travel to India. It showed here that the gap, that the Indian system perceives between dealing directly with Xi and at the same time dealing with his administration. This gap actually had been most persistent when the two sides were negotiating on the Doklam crisis. That was more than many other things that prevailed, the ignition for Modi to propose this informal summit format.

Trade, defence, security and stronger people ties besides the much larger global scenario that will feature more prominently in conversations between the  PM Narendra Modi and the Chinese President Xi Jinping when they shall probably meet for their second informal summit in the historic setting in coastal Tamil Nadu on October 11-12.

India and China anxiously waited until the proverbial or in writing to receive at the eleventh hour to announce the much-awaited and most promising summit between the two leaders, a reflection of the current troughs in the bilateral relationship of the two countries. Now, it is completely upto Modi and Xi to ensure the progress at Wuhan as last year is totally consolidated when they meet for extended discussions.

There will be no outcome documents but that is for sure that both sides will issue separate statements after the summit. As in Wuhan, there is an expectation that the two leaders will or can issue another set of -strategic guidance- to their respective teams. Here, Modi will be accompanied by the foreign minister S Jaishankar and NSA Ajit Doval declared by the government sources. It also stated that XI will bring with him a high power team of politburo member Yang Jieche including the foreign minister Wang Yi, who was actually made state councillor earlier this year. Xi here is expected to travel to Kathmandu after his meeting with Prime Minister Mr. Modi.

On the matter of defence and security the two sides would be looking to update and add to confidence building measures (CBMs) to maintain -peace and tranquility- on the border. The two armies are already expected to hold the -Hand-in-Hand- exercise later this year.

A meeting of our special representatives -Doval and Yang- for boundary talks may be scheduled as a result of the summit. Sources said terrorism would come in close talks in the conversations, though not Kashmir. It was sourced that- article 370 is a sovereign decision.

From here we are taking forward this very important third country partnership initiative, sources here said for India and China, which had actually started training Afghan diplomats, would expand the exercise to train other civilians in Afghanistan. The very concept of -China-India Plus- aims to extend the impact of improvement in bilateral relationship to other countries of the world.

Modi is expected to bring forward the trade deficit between India and China in the discussions. And, when there was an improvement that was needed in the regulatory framework in China after Wuhan, allowing a few more Indian products like tobacco and non-basmati rice to subsequently enter the  market, the volumes were too little to make a dent in the overall trade figures of the economy.

India will be looking to redress these issues and at the same time seek assurances that signing the Regional Comprehensive Economic Partnership (RCEP) will never open the Indian market to Chinese dumping at any cost ever. The summit holds great importance because the next round of RCEP talks is scheduled for next week.

If you are looking for Modi-XI Meet pics then you must check the India Content website. You will find some good images on the website. The pictures are available in three sizes—small, medium and large.