Delhi Air Pollution Level – A Major hit to the Nation The capital of India, Delhi is in great danger due to quality of Air.  According to a WHO survey conducted on 1600 world cities, is considered to be the worst of any major city in the world.  Air pollution in India is somewhere estimated to kill 1.5 million people every year and it is the fifth largest killer in India. India has the world’s highest death rate which is according to the WHO. In Delhi it has been observed that poor quality air irreversibly damages the lungs of 2.2 million or 50 percent of all children.

Along with this India’s Ministry of Earth Sciences published a research paper in October 2018 which is attributing to almost 41% of PM2.5 air pollution in Delhi due to vehicular emissions, 21.5% due to dust and due to 18% to industries. It has been observed that The director of Centre for Science and Environment (CSE) alleged that the Society of Indian Automobile Manufacturers (SIAM) is completely lobbying -against the report- because it is completely inconvenient to the automobile industry.

It is also stated that Air quality index of Delhi is generally Moderate (101-200) level between January to September, and then it drastically deteriorates to Very Poor (301-400), Severe (401-500) or Hazardous (500+) levels are generally observed in three months between October to December, due to various factors including like stubble burning, fire crackers burning during Diwali and at the same time due to cold weather. In November 2017 in an event known as the Great smog of Delhi the air pollution at that time spiked almost far beyond the acceptable levels of the city and it was all covered with dark black smog. Levels of PM2.5 and PM 10 particulate matter hit 999 micrograms per cubic meter while it was seen and deeply inspected that the safe limits for those pollutants are 60 and 100 respectively.

Air quality or we can say ambient/outdoor air pollution is represented by the annual mean concentration of particulate matter PM10 -particles smaller than 10 microns- and PM2.5 The world’s average PM10 levels for the period 2008 and 2013 based on data of 1600 cities in 91 countries has been considered and was deeply observed that the range from 26 to 208 micrograms per cubic meter of air (μg/m3), with the world average being 71 μg/m3. 13 out of the 25 cities worldwide with the highest levels of PM are in India only.

In the year 2010, which was the year of the WHO survey, the average PM10 level in Delhi was about 286 μg/m3. In the year 2013, the PM2.5 level was somewhere153 μg/m3. These levels are actually considered very unhealthy. In the city of Gwalior, the city which is with the worst air quality in India, the PM10 and PM2.5 levels were 329 μg/m3 and 144 μg/m3 respectively. For comparison it was seen that the PM10 and PM2.5 levels in London were 22 μg/m3 and 16 μg/m3 respectively. The PM levels in Delhi have actually become worse since the WHO survey. During December–January 2015 in Delhi an average PM2.5 level of 226 μg/m3 was noted by the US embassy monitors in the city. It was seen that the average in Beijing for the same period was 95. It was concluded that Delhi’s air is twice as bad as Beijing’s air. In October 2017, experts in several monitoring stations have reportedly measured and thoroughly inspected an air quality index (AQI) of 999. According to said experts this is almost equivalent to smoking 45 to 50 cigarettes a day. This has led to some government officials such as Arvind Kejriwal who is calling the nation’s capital a -gas chamber-.

Now according to the World Health Organisation (WHO) global air pollution database which was released in Geneva, It was reported that India has 14 out of the 15 most polluted cities in the world and that is in terms of PM 2.5 concentrations — the worst being Kanpur as it is with a PM 2.5 concentration of 173 micrograms per cubic metre, followed by other major cities like Faridabad, Varanasi and Gaya.
Other Indian cities that registered very high levels of PM2.5 pollutants are basically Delhi, Patna, Agra, Gurgaon, Jaipur, Patiala, Muzaffarpur, Srinagar, and Jodhpur.

Its not only Delhi India’s financial capital Mumbai is the world’s fourth most polluted megacity. The study also considered PM2.5 -particulate matter of diameter less than 2.5 micrometers- and PM10. PM2.5 is basically more dangerous than PM10. The period considered for the study was actually somewhere between 2010 to 2016.

Delhi woke up to a layer of smog once again and it has again brought the issue of pollution levels to the forefront. Today many areas in Delhi are at -severe- level of air quality and with the numbers above 350 which is actually alarming for a city. The conditions are about to worsen as winter sets. Being a metro-city gives Delhi simply no excuse to be this way at all.

Here’s a look at how the other major cities in India come across as compared to Delhi in air quality standards:-.

Mumbai is at the same time highly prone to road dust and thus is on the unhealthy side of the Air Quality Index with numbers rising above 150.

Bengaluru’s air is definitely easier to breathe in with air quality and is actually staying within the moderate range. There are some areas register air quality levels as good as below 30.

Chennai’s air quality is actually one of the best in the country with pollution levels hardly ever going beyond moderate levels.

Agra being a neighbour of Delhi isn’t exactly spared and drastically affected. It has a really poor Air Quality Index which is in fact leading to the corrosion of the beauty of Taj Mahal.

Nepal’s air quality is not exactly ideal to say, as it touches the unhealthy category as well, but it is actually much better when compared to Delhi.

If you are looking for Delhi Air Pollution Level pics then you must check the India Content website. You will find good quality images on the website. The pictures are available in three sizes—small, medium and large. 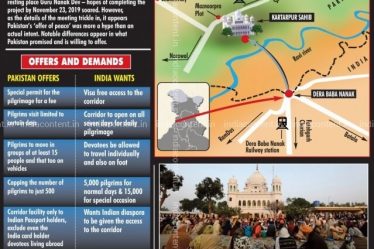