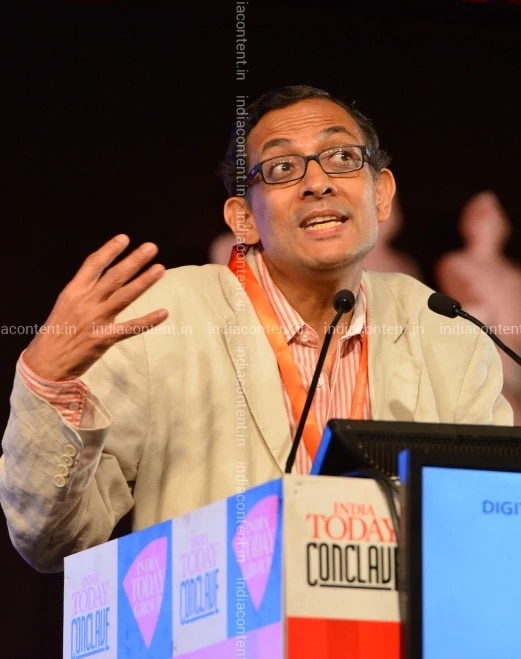 Abhijit Banerjee, who jointly won the 2019 Nobel Economics Prize with his wife Esther Duflo and Harvard’s Michael Kremer for their experimental approach to alleviating global poverty, has repeatedly expressed concern over slowing growth of the Indian economy. Recently, he told a press conference at the Massachusetts Institute of Technology after winning the prize that the Indian economy is doing very badly even as the government is increasingly recognising that there is a problem. He added that he didn’t know what to do but demand is a huge problem right now in economy. He said, in his opinion, there’s a need to worry more about demand rather than monetary stability.

For the past two decades, the world’s most- famous economist couple has tried to understand the lives of the poor, in all their complexity and richness. And, how an poor understanding of poverty had blighted the battle against it.

Abhijit Vinayak Banerjee was born on February 21st, 1961. He is an Indian born American economist who is currently the Ford Foundation International Professor of Economics at Massachusetts Institute of Technology. Banerjee along with his wife are the sixth married couple to jointly win a Nobel Prize.

Abhijit Banerjee is the co-founder of Abdul Latif Jameel Poverty Action Lab, a research affiliate of Innovations for Poverty Action, and a member of the Consortium on Financial Systems and Poverty. Besides, he was a president of the Bureau for the Research in the Economic Analysis of Development, a research associate of the National Bureau of Economic Research, a research fellow at the Centre for Economic Policy Research, an international research fellow of the Kiel Institute, fellow at the American Academy of Arts and Sciences, and a member at the Econometric Society.

Banerjee has also been a Guggenheim Fellow and an Alfred P. Sloan Fellow. In addition, he is the co-author of book ‘Poor Economics’. He also assists on the academic advisory board of Plaksha University, an upcoming science and technology university in India. Abhijit’s new book, co-authored with Esther Duflo, “Good Economics in Hard Times” is slated to come out in October 2019.

Banerjee studied at South Point High School, a renowned educational institution in Kolkata. After that, he completed his B.sc (H) degree in economics from the University of Calcutta in presidency College, Kolkata in 1981. Later, he completed his M.A. in economics at the Jawahar Lal Nehru University, Delhi in 1983. During his JNU days, he was arrested and jailed in Tihar during a protest gathering by some students. Later, Banerjee was released on bail and charges were dropped against the students. He was also awarded a Ph.D in Economics at Harvard University in 1988.

Abhijit Banerjee was married to a MIT lecturer of literature at MIT, Dr. Arundhati Tuli Banerjee They has one son together and later divorced. In 2015, Abhijit married his co-researcher, MIT professor Esther Duflo, with whom he has two children.

In 1999, Abhijit Banerjee was a joint supervisor of Duflo’s PhD in economics at MIT.His wife Duflo is also a Professor of Poverty Alleviation and Development Economics at MIT.

Abhijit Banerjee was elected a fellow of the American Academy of Arts and Sciences in 2004. He also was honoured with the Infosys Prize 2009 in the social sciences category of economics.

Banerjee is also the recipient of the inaugural Infosys Prize in the category of social sciences (economics).

In 2012, Banerjee shared the Gerald Loeb Award Honorable Mention for Business Book with co-author and wife Esther Duflo for their book poor Economics.

In 2013, Abhijit was named by United Nations Secretary General Ban-Ki-Moon to a panel of experts tasked with updating the Millennium Development Goals after 2015.

In 2014, he was awarded the Bernhard-Harms-Prize from the Kiel Institute for the World Economy.

Last but not the least, lately, Banerjee was awarded the Nobel Prize in Economics, together with Esther Duflo and Michael Kremer for their work to alleviating global poverty.

The India Content website has a good stock of Nobel Laureate Abhijit Banerjee’s image. The photos are available in three sizes—small, medium and large. 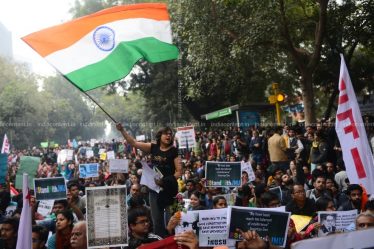