After smashing an undefeated half-century in the second T20I against South Africa, Indian skipper Virat Kohli took a trip down the memory lane, sharing one of his pictures on social media from his childhood.

The first image is of a 16-year-old Virat Kohli posing for a photograph, while the other shows the Indian skipper as we know him today.

“Me looking at my younger self going. #throwback #16yearsold,” tweeted Virat Kohli.

Many Indian cricketers are hyperactive on social media and Indian skipper Virat Kohli also leads here from the front. Kohli’s photo came just a few hours after Indian cricketer Hardik Pandya shared a throwback picture of himself recently where he was showing how long he has traveled to this fame.

Another throwback image of Virat Kohli

Virat also shared another throwback image during the World Cup 2019 when he was seen donning the same pose in both the images, one from his childhood and other from a World Cup match against Pakistan in Manchester.

Virat has also set a benchmark in the Indian cricket team when it comes to fitness. The right-handed top-order batsman has always been vocal about inculcating the habit of eating right and staying fit.

Lately, Kohli played an unbeaten knock of 72 runs as India defeated South Africa by seven wickets. He has now over 2,441 runs under his belt in the shortest format of the game from 77 matches, surpassing his teammate Rohit Sharma, who has scored 2,434 runs from 97 matches. The third position is held by New Zealand batter Martin Guptill with over 2,283 runs. The third T20I between India and South Africa was played on September 22 at M Chinnaswamy stadium in Bengaluru.

Virat Kohli is an Indian international cricketer and one of the best batsmen of the modern cricketing era. This right-handed top-order batsman, who has always dreamt of holding the bat and winning games for India, is currently the captain of the Indian national team. He plays for Royal Challengers Bangalore in the Indian Premier League and has been the team’s captain since 2013.

Virat Kohli is known for his aggressive approach on the field and is always looking to win the game for India. He is the highest ODI centuries scorer, fastest 15000 runs scorer, first batsman to hit the 2000 runs target and won highest ‘Man of the Match’ awards in international cricket. He has already broken several records in cricket history.

Virat Kohli has won many awards such as the Sir Garfield Sobers Trophy, ICC Test Player of the Year, ICC ODI Player of the Year and Wisden Leading Cricketer in the World.  He has also received Arjuna and Padma Shri awards under the sports category and the Rajiv Gandhi Khel Ratna, the highest sporting honor in India. 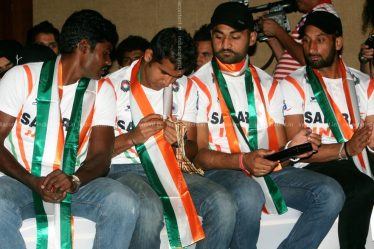