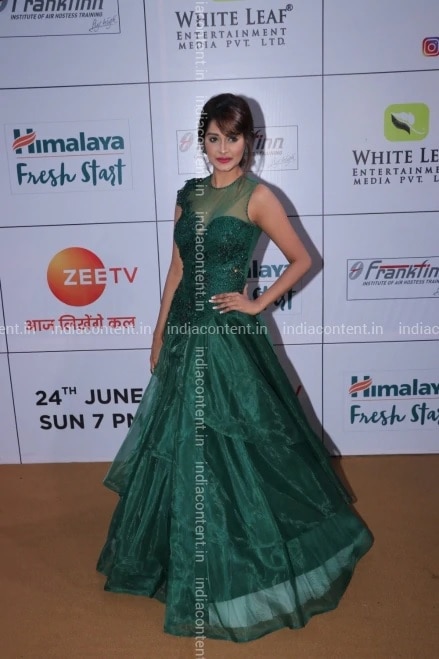 Kanchi Singh, the popular Indian television actress, celebrated her 24th birthday on March 27 this year. The actress is known for her role of ‘Avni Khandelwal’ in the serial Aur Pyaar Ho Gaya and ‘Gayatri Deora’ in Yeh Rishta Kya Kehlata Hai.

Kanchi Singh was born on 27 March 1996 in Mumbai, Maharashtra. She was passionate about acting since her childhood. She had played theatre along with the Sangeet Natak Akademi Award-winning theatre actress and director Nadira Babbar’s cluster. She has also been a part of a few commercial ads.

Kanchi made her acting debut in television as a child artist at the age of 9 in a small role for Sony Entertainment Television’s 2001-2003 series Kutumb produced by Ekta Kapoor and Shobha Kapoor under Balaji Telefilms. After filming in Kutumb, she took a break from acting to focus on her further studies. Eight years later, at the age of 17, she made her comeback in Colors TV’s 2011 series Sasural Simar Ka, directed by Pawan Kumar Marut and produced by Rashmi Sharma and Pawan Kumar Marut, under the banner of Rashmi Sharma Telefilms. She played the role of ‘Cherry Bharadwaj’, a member of the male lead’s family. She left the serial in 2012 as she didn’t have many scenes in it. Kanchi has been a part of the Indian television industry for the past 20 years and has also appeared in many short films.

Kanchi’s breakthrough in her career was in December 2014 with the Zee TV’s romance drama serial Aur Pyaar Ho Gaya produced by Director’s Kut Productions. The role of ‘Avni Khandelwal’ she played opposite Mishkat Varma in the serial established her as a household name. She was noted and praised for her performance, before its climax in December 2014. Her next appearance was in an episode in Zee TV’s 2014-2017 serial Pyaar Tune Kya Kiya produced by Vikas Gupta. She then appeared in the role of ‘Veebha’ opposite Rohit Suchanti. She appeared in an episode of Life OK TV’s 2016 serial Bhakton Ki Bhakti Mein Shakti in the role of ‘Hansa’. In 2016, she was cast in Star Plus TV’s longest-running drama Yeh Rishta Kya Kehlata Hai in the parallel lead role of Gayatri “Gayu” Deora, alongside Mohsin Khan and Fahad Ali. In September 2017, she quit the serial and she wasn’t seen in any other serials after that. Kanchi appeared in the sports-reality television series Box Cricket League in 2018 representing Lucknow Nawabs.

Kanchi Singh is in a relationship with film and television actor and model Rohan Mehra since 2016. They met on the sets of Star Plus TV’s serial Yeh Rishta Kya Kehlata Hai in 2016, however, Kanchi had quit the contract by 2017. Kanchi, along with Rohan, has participated in Colors TV’s drama serial Kitchen Champion Season 5 in 2019. Kanchi and Rohan are often spotted together in Mumbai. Rohan says that it is Kanchi’s understanding and compatibility that made their friendship turn into a relationship. Kanchi seems to be very possessive about Rohan in the pictures she posts on Instagram.

Kanchi mentioned that her mother has motivated her to try her luck in acting. Kanchi is called by her friends and family by the nickname Avni. She is a non-vegetarian and her favourite food is Pizza. Her favourite restaurant is Barbeque Nation. She doesn’t like to spend much time in the kitchen but says that she cooks great food. She is fluent in speaking Hindi, English and German. Her favourite hobby is dancing. Her zodiac sign is Aries.

Kanchi, who has more than 2.2 million followers on Instagram, regularly shares stunning photos of her and occasionally with her boyfriend Rohan. She has recently shared the trailer of ALTBalaji series Class Of 2020 starring Rohan in the lead role. In 2017, she has been in the news for her bold transformation into girl-next-door looks in the photos she shared on social media during the television series Yeh Rishta Kya Kehlata Hai. She was seen mostly in simple and traditional outfits in the TV shows and has stunned everyone with her photoshoot in 2017. She made a buzz by shedding her ‘bubbly’ looks and coming up with her never seen bold appearance. She has been sharing glamorous photos of her bold new looks on Instagram. Kanchi is a fitness freak who believes in yoga and regularly practises it to enhance her health and beauty.

The India Content website has a good stock of Kanchi Singh images. The high-definition images on the website are available in three sizes – small, medium and large. 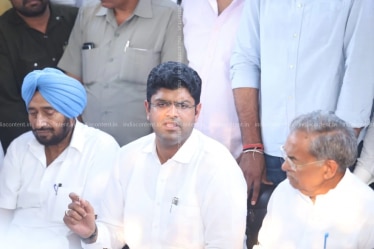