Renuka Shahane, the popular Indian actress, celebrated her 54th birthday on October 7 this year. The actress, who has appeared in many Bollywood films and Indian television series, is best known as the co-presenter of the Doordarshan TV popular show Surabhi from 1993 to 2001.

Renuka Shahane was born on 7 October 1966 to Lt. Cdr. Vijay Kumar Shahane, who was an officer in the Indian Navy and Shanta Gokhale, a Marathi theatre personality and film critic. She has a younger brother Girish Shahane, who is a contemporary writer, art critic, and artist who has been involved in several art fares and is a columnist with Scroll.in. Renuka graduated with a B.A. in Psychology from St. Xavier’s College and post-graduated in Clinical Psychology from Mumbai University.

Renuka made her debut with the Marathi film Hach Sunbaicha Bhau. She, along with Siddharth Kak, anchored Doordarshan TV’s popular Hindi language TV show, Surabhi. The show was aired from 1990 to 2001 with a year’s break in 1991 and successfully established her as a household name. In the 1990s, when Doordarshan was the only television channel in India, Renuka became one of the most popular Indian TV personalities with her broad smile as a signature charm in the era. While she was at the height of popularity by hosting Surabhi, she got the offer in Sooraj Barjatya’s 1994 romantic drama film Hum Aapke Hain Koun, starring film stars Madhuri Dixit and Salman Khan in the lead roles. The film produced by Rajshri Productions with a budget of ₹42.5 million, grossed ₹1.28 billion and became the highest-grossing Indian movie of that time. She received critical appreciation for her performance in the film and she established an image of wholesome, traditional values.

She made her directorial debut with the Marathi film Rita starring Jackie Shroff, Pallavi Joshi, Suhasini Mulay and Mohan Agashe. The story of the film was adapted from her mother Shanta Gokhale’s novel, ‘Rita Welingkar’. Renuka plays the pivotal role of a friend, guide and philosopher of ‘Rita’, the protagonist played by Pallavi Joshi.

In 1993, she starred in Siva Nageswara Rao’s Telugu movie Money alongside J. D. Chakravarthy, Chinna, Jayasudha, Paresh Rawal, Bramhanandam, Sharat Saxena, and Tanikella Bharani. The film was produced by Ram Gopal Varma, which was a big hit. The success of the film leads to another sequels titled Money Money in 1995 in which she starred alongside J. D. Chakravarthy, Chinna, Jayasudha, Surabhi, Paresh Rawal, Bramhanandam in the lead roles while Jagapathi Babu and Urmila Matondkar appeared in cameo roles.

Renuka made her debut in television serials with DD National’s 1988-1990 serial Circus starring Shahrukh Khan and Ashutosh Gowariker. She portrayed the role of Maria, the love interest of Shah Rukh Khan’s character. Considering the huge popularity that Circus had among audience it has been re-telecast on DD National from 28 March 2020 during the lockdown of 21 days due to coronavirus. In 1995, she appeared in DD National’s TV series Imtihaan directed by then novice Imtiaz Ali and produced by Anupam Kher. The serial in which she played the role of a strong-willed woman was widely appreciated.

Renuka hasn’t received any awards in her film career so far. Her upcoming directorial is a Hindi-language Netflix film Tribhanga. The film which is set in Mumbai, Maharashtra stars Kajol, Tanvi Azmi and Mithila Palkar in the lead roles. The film is produced by Ajay Devgn and Parag Desai under the banner of Ajay Devgan Films and Banijay Group.

Renuka had been first married to Vijay Kenkare, a Marathi theatre writer and director, but it didn’t last for long. She is now married to Bollywood actor Ashutosh Rana. They have two sons, namely Shauryaman Neekhra and Satyendra Neekhra. When Renuka was young, her parents, mother Shanta and father Arun Khopkar went through a divorce and her mother remarried.  However, Shanta’s second marriage was unsuccessful and ended in another divorce, after which she was in a relationship with Jerry Pinto, a film journalist.

The India Content website has a good stock of Renuka Shahane images. The high-definition images on the website are available in three sizes – small, medium and large. 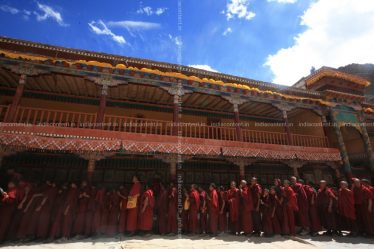