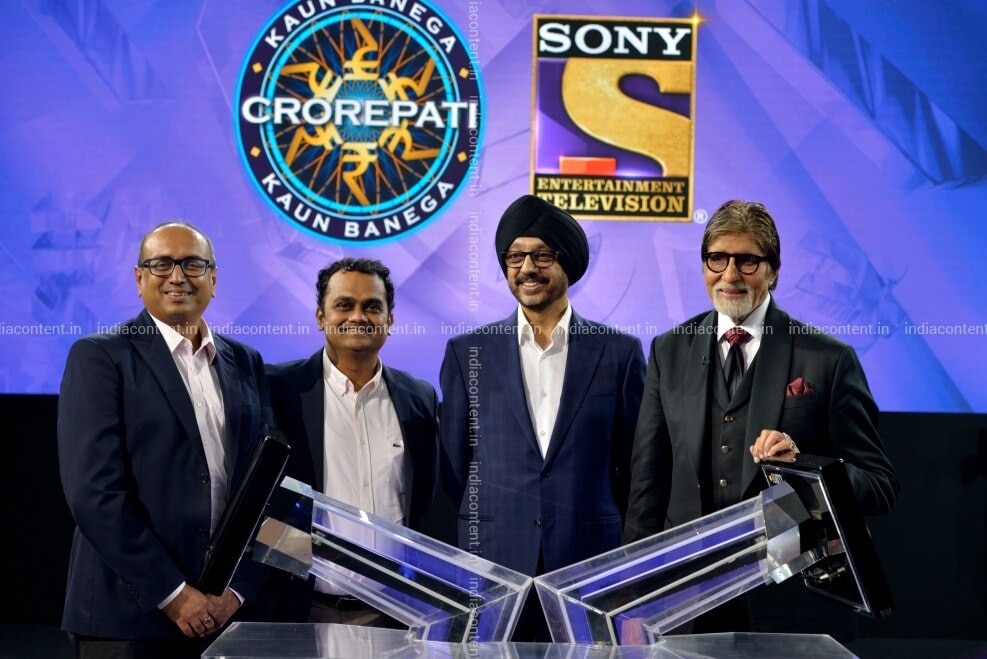 The final episode of ‘Kaun Banega Crorepati 11‘ aired on Friday, November 29. Host Amitabh Bachchan welcomed Sukhvinder Kaur, a tuition teacher from Amritsar, who bagged Rs. 12.5 lakh from the show and unfortunately she had to quit the show for the question for Rs. 25 lakh.

The question she failed to answer was –

Which Nobel prize-winning non-governmental organisation was founded by Peter Benson in 1961 in Britain?

Some of the questions which Amitabh Bachchan asked in the finale episode:

Which river does not flow into the sea or ocean directly but joins another river?

Which mountaineer successfully scaled Mt. Everest for a record 24th time in May 2019?

In the Valmiki Ramayana, which headless rakshasa or demon seizes Rama and Lakshman in the Dandaka forest when they head south after cremating Jatayu?

Sudha Murthy, the famous Indian author and chairperson of Infosys Foundation (which supports rural development and educational program in remote areas of India) was the special guest for KBC finale. Karamveer Sudha Murthy walked in and Amitabh Bachchan introduced her to the audience. Sudha Murthy shared her inspirational story and told Big B and the audience that she was the only woman in the college, which had 599 boys. The college principal told her that they would allow her to take admission in the college since she had scored well, but on three conditions. Firstly, she has to wear saree every day; secondly, she should not go to the college canteen and lastly, she shouldn’t talk to boys.

The KBC Finale episode aired from Monday to Friday from 9 to 10:30 pm IST (Special episodes named ‘Karamveer Special’ aired every Friday till 11 pm IST). The show entered its “Finale Week” on 25 November 2019 and ended on 29 November 2019.

Harshvardhan Navathe was the very first winner of season 1 in 2000. He was preparing for the Indian Civil Services examination but after winning the prize money, he went to the UK to get an MBA degree. He is now a father of two kids and currently working at Mahindra & Mahindra.

The first-ever KBC Junior aired in 2001 in which 14-year-old Ravi Mohan Saini won the big prize money. Later on, the boy got an MBBS degree after he successfully cleared the Civil Services Examination.

Brijesh Dwivedi became crorepati in the 2005 KBC season which re-started after a gap of four years. The same season also aired a special episode with Bollywood’s favourite Jodi, Ajay Devgn and Kajol who won another Rs 1 crore.

The Season 3 winner was Rahat Taslim who was the first female millionaire on the show. The show was hosted by King of Bollywood, Shahrukh Khan due to Amitabh Bachchan’s illness. Rahat was preparing for medical examinations when she was married off.

The KBC season 5 winner Sushil Kumar was the first one to win Rs 5 crore. He utilised the amount to re-build his house and buy a piece of land in his hometown. Sushil invested the money in cabs business with a friend in Delhi and also provided financial help to friends and family.

The KBC winners in 2012 were Sunmeet Kaur Sawhney and Manoj Kumar Raina. Sunmeet Kaur was an aspiring fashion designer who had to give up her dream because of family pressure.

Manoj Kumar hails from Srinagar but is posted in Jammu due to his Northern Railway service. He used the amount of Rs 1 crore for rebuilding his family home and community service.

Mohammad won Rs 1 crore in the season 7 of KBC. He was a well-educated history teacher who used the money to provide for partial vision impairment treatment for his little daughter. He spent the rest of the money to marry off two orphan girls and build a family home.

Firoz Fatima belonged to a conservative Muslim family in Uttar Pradesh. She had quit studying due to financial crisis in the family. Firoz Fatima used the winning prize to pay for her father’s ailment. She wanted to own modern machinery to plough her existing farmland in UP.

Achin & Sarthak Narula answered all 16th questions correctly and won Rs 7 crore. The talented duo used the prize money to set up a business in Delhi and used most of it to pay for their mother’s cancer treatment.

Megha Patil used the prize money to pay for her cancer treatment and invested the remaining amount for her children’s education. She is currently living with her family in her hometown.

Anamika Majumdar, a homemaker and NGO worker from Jamshedpur, quit the show before answering the 16th question worth Rs 7 crore as she didn’t want to risk her chances of losing the amount she had already won. She is a commerce graduate and runs her own NGO called ‘Faith in India’.

Binita Jain became crorepati in the KBC season 10. Not only did she win the money but also drove home a Mahindra Marazzo. Her life was full of struggles before she entered KBC.

The second winner, Sanoj Raj is an aspiring IAS aspirant who’s been preparing for the civil services exams. Babita Tade became the third one to win the prize money by answering the 15th question directly.

The India Content website has a good stock of Kaun Banega Crorepati Images. The pictures are available in three sizes – small, medium and large.