The popular Indian singer, Shilpa Rao celebrated her 36th birthday this year on April 11. Shilpa is broadly identified for her voice and styles. Her voice was described as sombre and soulful by The Times of India. She emerged in her reputation by modulating and experimenting with her voice and changing her vocal texture to express and relate the way she wants to.

Shilpa Rao was born on April 11, 1984, as Apeksha Singh at Jamshedpur in Jharkhand, India. Shilpa spent her childhood in Jamshedpur and at the age of 13, she moved to Mumbai. After pursuing Master’s in Applied Statistics from St. Xavier’s College in Mumbai, Shilpa worked as a singer in advertisement jingles for three years. Her debut as a playback singer in Bollywood came with an offer from Mithoon during her college days to sing “Tose Naina” from the film Anwar in 2007.

Shilpa is best known for songs like “Khuda Jaane” along with KK from the film Bachna Ae Haseeno (2008), “Subhanallah” along with Sreeram from the film  Yeh Jawaani Hai Deewani (2013), “Bulleya” along with Amit Mishra from the 2016 film Ae Dil Hai Mushkil and “Ghungroo” sung along with Arijit Singh in the 2019 film War. Her popular album songs “Bematlab Thi Zindagi” sung along with Apoorv Gupta from the 2011 album Ek Ladki Shabnami Jaisi directed by Ricky Dev. She released her own album Suno on May 17, 2016, with 6 tracks “Ankhiyan Udeek”, “Latha”, “Ankhiyan Nu”, “Duma Dum”, “Aaye Na Balam” and “Challa”. On the Valentine’s Day in 2020, she released the album Love Mashup comprising of songs like “Khuda Jaane”, “Subhanallah”, “Meherbaan” “Bang Bang!”, “Bulleya” and her latest hit “Ghungroo”.

Shilpa also supports various charitable organisations and NGOs. In 2010, she was seen as a guest on NDTV’s Greenathon, an initiative to support eco-friendliness and to ensure electricity supplies in rural villages. In 2011, she along with Teesha Nigam, Shruti Pathak, Neha Bhasin, Shefali Alvares and Akriti Kakkar performed on the track “Haseen Zindagi” composed by Sonu Nigam for creating awareness on breast cancer. She also sang in the musical extravaganza “100 Pipers Play for a Cause” in Delhi for raising funds for people affected by the Nepal earthquake. In 2012, she along with 50 other artists performed in Seagram’s Fuel Music Day on a digital platform ArtistAloud.com, to show their support for independent music in India.

Shilpa defines herself as a movie buff who loves to watch films in any languages around the world. She said that she would watch any films with a plot that interests her. Her closest friends in the Bollywood industry are Shruti Pathak and Meiyang Chang. Shilpa is allergic to dust and gives prior importance to hygiene and stay away from the dusty surrounding. She also follows a healthy diet, by controlling sweet foods, and avoiding certain fruits with a strong smell as she is sensitive to odours. She often takes the stairs instead of the elevator to stay healthy. Shilpa is popular across the media for unique songs and singing styles for different genres. Shilpa considers her biggest inspiration in the music career as her father S Venkat Rao, who holds a degree in music.

The India Content website has a good stock of Shilpa Rao images. The high-definition images on the website are available in three sizes – small, medium and large. 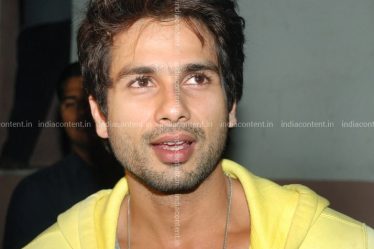