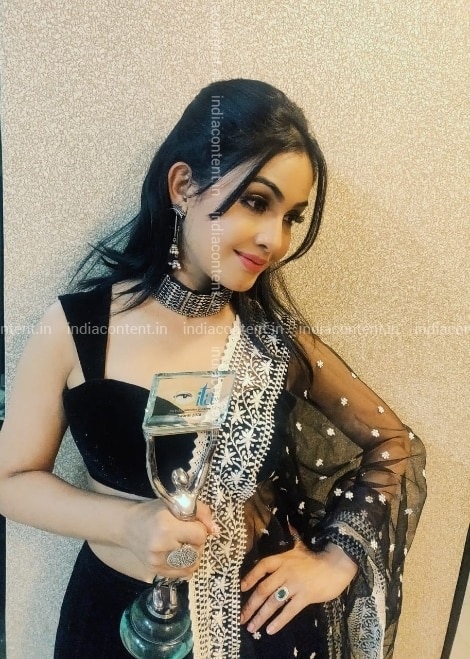 The Indian television actress, Shubhangi Atre Poorey, celebrated her 39th birthday this year on April 11. Shubhangi is known for her role in Kasturi and the lead role of ‘Angoori Manmohan Tiwari’ in the comedy series Bhabiji Ghar Par Hain! opposite Rohitash Gaud since 2016.

Shubhangi Atre made her acting debut in 2006, after her marriage, in the Star Plus’ television series Kasautii Zindagii Kay produced by Ekta Kapoor of Balaji Telefilms. She was later seen from 2007 to 2009 as ‘Kasturi Robbie Sabarwal’ in Ekta Kapoor’s another TV series Kasturi aired on Star Plus.

Shubhangi is married to Piyush Poorey. They have a daughter, Aashi. Shubhangi was the winner of the Miss Madhya Pradesh title in 2003. Her favourite hobbies are dancing, cooking, travelling, watching movies and listening to classic Hindi songs. She loves to go on a wild-life hangout on holidays. Her favourite singer is Kishore Kumar and favourite song is ‘Pal Pal Dil Ke Paas’ sung by Kishore Kumar. Her catchphrase dialogue “Sahi Pakade Hain” which translates “You Caught It Right” in English from the serial Bhabi Ji Ghar Par Hai has become much popular among the audience. Shubhangi has recently said that she automatically says this line ‘Sahi Pakade Hain’ at home or with friends whenever someone says something correctly. Shubhangi has a sister, Poorva Pare who works as an SAP SCM Analyst at Accenture.

Shubhangi was cast as a replacement for actress Shilpa Shinde for the role of ‘Koyal Ghotak Narayan’ in the serial Chidiya Ghar and ‘Angoori Bhabhi’ in the serial Bhabiji Ghar Par Hain. Shubhangi appeared on &TV’s sitcom Bhabhi Ji Ghar Par Hai after a few months gap in her career. Shilpa Shinde the former actress in the role ended her contract due to some controversy with the producer. Shubhangi has said to the media that it was a dream come true for her to play the well-crafted character of ‘Angoori’ in the serial Bhabhi Ji Ghar Par Hai. She was much excited and thrilled with the offer for the role. In 2017, Shubhangi has been featured in TV commercials of F16- Detergent Powder, Geeta Shree Sarees, and Rupa Thermocot, which she did along with three main casts of Bhabiji Ghar Par Hain.

The India Content website has a good stock of Shubhangi Atre images. The high-definition images on the website are available in three sizes – small, medium and large.