Bharatiya Janata Party (BJP) working president J.P. (Jagat Prakash) Nadda has been elected unopposed as the new national president of the party for the year 2019-22. Nadda’s name was proposed by the party’s ex-chiefs and parliamentary board members, Rajnath Singh and Nitin Gadkari. Top party leaders including central ministers, ministers from states were present at the BJP headquarters to file nominations in support of Nadda.

J.P. Nadda was in-charge of the BJP’s election campaign in the politically crucial state of Uttar Pradesh in the 2019 Lok Sabha election, where the BJP faced a tough challenge from the grand alliance of the Samajwadi Party (SP) and Bahujan Samaj Party (BSP). The party won 62 out of the 80 Lok Sabha seats in Uttar Pradesh.

Nadda has long been a member of the BJP parliamentary board—the highest decision-making body. He had also served as a minister in the first Modi government.

The new BJP president succeeded Amit Shah, the current Home Minister of India, who had been the party president since August 2014. Amit Shah took over from Rajnath Singh as BJP chief in August 2014 and was elected for three years in January 2015. In 2018, BJP postponed organisational elections as the Lok Sabha polls were only months away and Shah was asked to continue as party chief.

Nadda was appointed as the working president of the BJP in June 2019 after BJP chief Amit Shah joined the Modi government. Shah then wrote to PM Modi in June requesting him to give his job of party president to someone else as he had responsibilities of being Home Minister to fulfil.

J.P. Nadda, 59, hails from Himachal Pradesh. He was the Minister of Health and Family Welfare in the previous Modi government between November 2014 and May 2019. He was a minister in Prem Kumar Dhumal’s ministry and moved to Delhi as national general secretary ahead of the 2014 Lok Sabha election.

Ji on being elected @BJP4India President. Wishing him the very best for his tenure. Nadda Ji is a dedicated and disciplined Karyakarta who has worked for years to strengthen the party at the grassroots. His affable nature is also known to all.

BJP wrote: I’m sure that under the leadership of Shri @JPNadda,

The party will move forward with its core values. The BJP may face more difficulty in the future and we must be ready. According to the needs and desires of the nation, moulding the workers and taking India ahead is our target: PM

As per the BJP rules, the election process for its president’s post can be started only after the completion of organisational elections in at least half of the state units. The party said that the exercise has been completed in 21 of the BJP’s 36 state and Union Territory units.

As on January 16 only three states — Rajasthan, J&K and Uttarakhand —had completed the election of their state unit chiefs.

The nomination process for the post of BJP president started in the morning and went on till 12.30 PM on Monday, January 20. Then the filed nomination papers were examined and another one hour was provided to withdraw nominations, if any candidate wished to.

The BJP is the largest political party in the world in terms of primary membership, total members of parliament and members of legislative assemblies.

The first Party President of the BJP was Atal Bihari Vajpayee who remained on the post from 1980 to 1986.  At present the Bhartiya Janta Party (BJP) is the ruling party in the centre.

As of 2019, BJP is India’s largest political party in terms of representation in the National Parliament (303 seats).

The party emerged from the Jana Sangh, which was created in 1951 by Shyama Prasad Mookerjee. Jan Sangh won 3 seats in the First Lok Sabha held in 1951 and its vote share was 3%.

Afterwards, the Jana Sangh merged with some other parties to form the Janta Party in 1977. However, the Janta Party dissolved in 1980 and its members formed the BJP and Atal Bihari Vajpayee served as its first President from 1980 to 1986. Since then 10 people have served as the party chief apart from Amit Shah and current party president J.P. Nadda.

Murli Manohar Joshi served from 1991to 1993. During his Presidency, the BJP became the main opposition party for the first time.

Kushabhau Thakre was the president from 1998-2000. She was born at Dhar, Madhya Pradesh in a Chandraseniya Kayastha Prabhu family.

Bangaru Laxman served from 2000-2001. He was the first Dalit President of the party.

Jana Krishnamurthi, the vice-president of India since 2017, served as the party president from 2002 to 2004.

The India Content website has a good stock of images related to BJP President Election. You will find several images of former BJP chief LK Advani and various other members on the website. The high -quality pictures on the website are available in three sizes-small, medium and large. 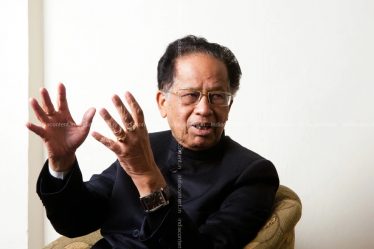