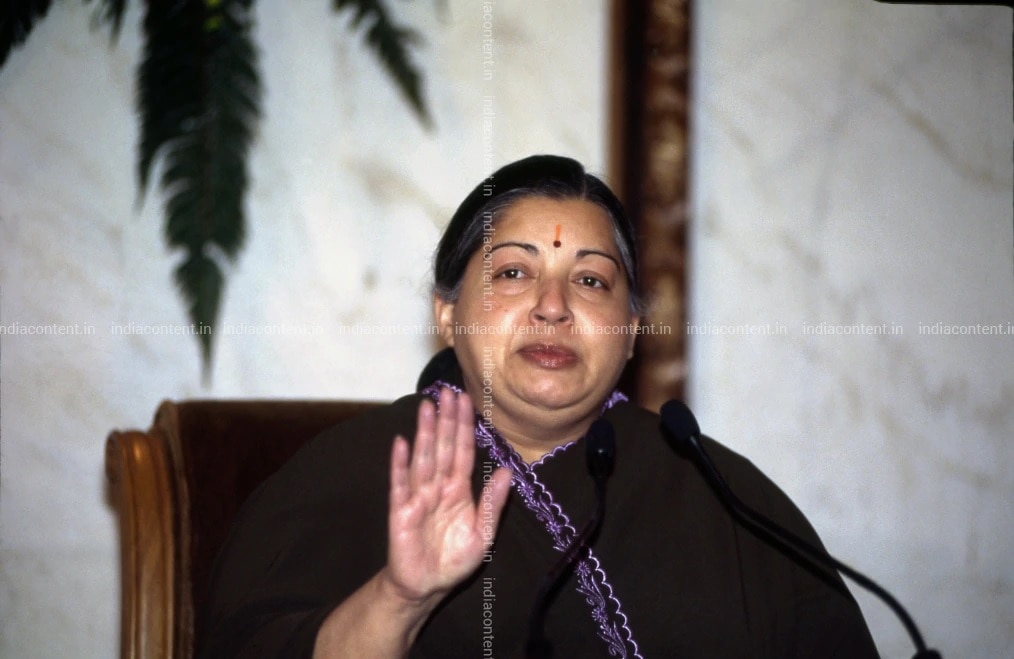 24th February 2020 was the 72nd Birth Anniversary of J. Jayalalithaa, the Indian Politician and film actress who served six times as the Chief Minister of the Tamil Nadu for over 14 years between 1991 and 2016. She is revered as Amma – Mother and Puratchi Thalaivi – Revolutionary Leader and Thanga Tharagai – Golden Maidenby the people of Tamil Nadu.

J. Jayalalithaa was born on 24th February 1948 at Melukote, Pandavapura Taluk in Mandya district to Jayaram and Vedavalli in a Tamil Brahmin Iyengar family. The name Jayalalithaa was adopted at the age of one for use in schools and college. It was derived from the names of two houses she resided in Mysore, one was ‘Jaya Vilas’ and other was ‘Lalitha Vilas’. Her mother, relatives and later co-star referred to her as ‘Ammu’. Jayalalithaa had an elder brother Jayakumar who died in the early 90s.

Jayalalithaa’s father, Jayaram was a lawyer, but he never worked. He died when Jayalalitha was two years old. The widowed Vedavalli returned to her father’s home in Bangalore in 1950 where she did a clerical job for a living and from 1953 she started acting in commercial films in Madras under the screen name Sandhya. Jayalalithaa was brought up under the care of her mother’s sister Padmavalli and maternal grandparents from 1950 to 1958 in Mysore. She did her schooling from Bishop Cotton Girls’ School in Bangalore. In later interviews, Jayalalithaa spoke emotionally about how she missed her mother living in a different city. She only got the chance to meet her mother during the summer holidays. After her aunt Padmavalli’s marriage in 1958, Jayalalithaa moved to Madras to live with her mother. She completed her schooling at Sacred Heart Matriculation School. She won Gold State Award for coming first in 10th standard in the State of Tamil Nadu. She joined Stella Maris College, though discontinued the course to become a film actress.

Jayalalithaa was fluent in English, Hindi and Arabic and regional languages including Tamil, Telugu, Kannada and Malayalam.

The first film that Jayalalitha acted in Kannada film Sri Shaila Mahathme which was released in 1961 when she was 13. She played Krishna in a 3-minute dance sequence held on stage in the 1962 – Hindi film Manmauji. She made her debut as a lead actress at the age of 15 in B.R. Panthalu’s Kannada film Chinnada Gombe (1964). Her debut as a lead actress in Tamil cinema was with CV Sridhar’s 1965 romantic film Vennira Aadai. She made her debut in Telugu cinema as a lead actress in Manushulu Mamathalu alongside Akkineni Nageswara Rao. The last film she appeared in Telugu film was also along with Akkineni Nageswara Rao in the film Nayakudu Vinayakudu. In 1968, she acted in a Hindi film Izzat, with Dharmendra as her male co-star.

The box office hits in Jayalalitha’s acting career started in 1965 with films she was paired with M.G. Ramachandran. Her first film with him was BR Panthalu’s Aayirathil Oruvan and their last film together was B.S. Ranga’s 1973 film Pattikaattu Ponnaiya. She acted in 28 box office hit films with MG Ramachandran between 1965 and 1973.

Jayalalithaa denied claims that she was introduced to politics by MGR, the Chief Minister of Tamil Nadu since 1977. In 1982, she joined the political party AIADMK, which was founded by MGR. She delivered her maiden speech Pennin Perumai – The greatness of a woman at AIADMK’s political conference in the same year. The speech was well-received for its clarity of diction and elegant prose and even Prime Minister Indira Gandhi and Rajya Sabha member Khushwant Singh came to witness her speech.

Her fluency in English prompted MGR to get her as a Member of the Rajya Sabha. Jayalalithaa was elected to a body for one on one internal security in 1984 and retained her seat till 1989. In 1984, as MGR was ill due to a stroke, it was Jayalalithaa who successfully led AIADMK in general elections campaign against the opposition party ADMK that allied with the Congress. Following the death of MGR in 1987, AIADMK got split into two factions AIADMK(J) which supported his widow Janaki Ramachandran and AIADMK (J) which supported Jayalalithaa.

Jayalalithaa was elected to the Tamil Nadu Legislative Assembly in 1989, representing the Bodinayakkanur constituency. AIADMK (J) won 27 seats in the election and Jayalalithaa became the first woman to be elected as the Leader of Opposition in Tamil Nadu Legislative Assembly. In 1989, the two factions merged back together and by accepting Jayalalithaa as the General Secretary of the party and the “Two Leaves” symbol of the party was restored. In 1991, following the assassination of Rajiv Gandhi, AIADMK allied with the Congress and won 225 out of 234 seats contested and won 39 constituencies. She became the State’s youngest Chief Minister and the first woman to serve the full term. She introduced revolutionary schemes to stop the practice of female infanticide and the abortion of female foetuses. In 1996, Jayalalithaa led AIADMK lost power as it won only 4 seats out of 168 contested.

Jayalalitha was barred from candidature in the 2001 elections in reason of finding guilty of criminal offences, though she appealed to the Supreme Court and the issue was resolved by the time of elections. Her party gained a majority in the elections, and she was installed as the Chief Minister as a non-elected member of the State Legislative Assembly on 14th May 2001. She couldn’t stay for long in the position as she was disqualified from holding office due to the corruption cases she faced.

Later in 2003, Jayalalithaa resumed her position as the Chief Minister. This also helped her to contest a mid-term poll in the Andipatty constituency after the sitting MLA for the seat gave up his membership. Her party didn’t pass well in the May 2006 Tamil Nadu Legislative Assembly Elections. AIADMK won only 61 seats out of 234 seats contested. After another 5 years in the opposition from 2006 to 2011, Jayalalithaa was again sworn in as the Chief Minister on 16th May 2011 for the fourth time after the 2011 Assembly Elections. On 27th September 2014, she was sentenced for four years in jail and a penalty of 100 crore rupees for being convicted in an 18-year old disproportionate assets case. She was thus automatically disqualified from the position of Chief Minister and the Legislative Assembly of Tamil Nadu. She became the first Indian Chief Minister to be disqualified. O. Panneerselvan, who was a minister in her party succeeded her as the Chief Minister on 29th September 2014. She was again allowed to hold the office and was again sworn as the Chief Minister of Tamil Nadu for the fifth time.

Jayalalitha’s party secured majority seats in the 2016 Assembly Elections and she became the first Tamil Nadu Chief Minister since MGR to be voted back into her position. On September 2016, she fell ill and after 75 days of hospitalisation at Apollo Hospitals in Chennai, she died on 5th December 2016 due to cardiac arrest. She was suffering from an infection and acute dehydration. She was also said to be having pulmonary infection and septicaemia which were cured.

The India Content website has a good stock of images of Jayalalitha. The high-definition images on the website are available in three sizes – small, medium and large. 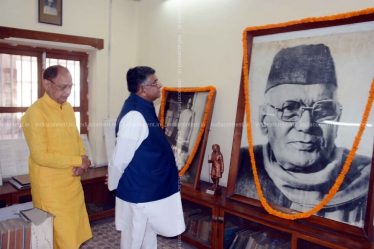