Mahhi Vij, the popular Indian model and actress, celebrated her 38th birthday on 1st April this year. She is best known for the role of ‘Nakusha’ in Laagi Tujhse Lagan and ‘Nandini’ in Balika Vadhu. She along with her husband Jay Bhanushali won the dance reality show Nach Baliye Season 5 in 2013.

Mahhi Vij was born on 1 April 1982 in Delhi, India. She attended the Lilawati Vidya Mandir Senior Secondary School in Delhi and graduated from University of Delhi in New Delhi.

In 1999, at the age of 17, Mahhi moved to Mumbai to start her career in modelling. She was featured in several music videos including the remix of the song Tu Tu Hai Wahi in DJ Aqeel’s album Ek Haseena Thi in 2002. Her debut in television was in the female lead of Meghna in Sony Entertainment Television’s series Akela in 2006. Her debut in the big screen was Imran Khalid’s 2002 film Dushmani starring Mithun Chakraborty, Faisal Khan, Pooja Gandhi, Armaan Kohli and Puru Raaj Kumar. She also appeared in Sanjeev Sivan’s 2004 Malayalam horror film Aparichithan starring Kavya Madhavan, Karthika and Manya in lead roles, and Mammootty in an extended cameo role.

She appeared in the role of ‘Pratha’ in Sahara One’s series Kaisi Laagi Lagan in 2008 and Shubh Kadam in 2009, both under the production of Cinevistaas Limited. Her breakthrough was the role of ‘Nakusha Dutta Patil’ in Colors TV 2009-2012 serial Laagi Tujhse Lagan. She was then seen in Sony Entertainment Television realistic comedy series Comedy Circus Ka Naya Daur in 2011 starring Kapil Sharma, Bharti Singh and Siddarth Jadhav. Mahhi appeared as herself in eight episodes of the series in 2011, ‘Introduction’, ‘Imagination Special’, ‘Muhavare Special’, ‘Breaking News Special’, ‘Shaadi Special’, ‘Uniform Special’, ‘Desh Videsh’ and ‘Husan Ka Tadka Special’. In 2012, she made a cameo appearance as herself, in Channel V India’s 2012-2013 soap opera V The Serial produced by Balaji Telefilms and Lost Boy Productions.

Mahhi Vij along with actor and model Shaheer Sheikh appeared in Star Plus TV’s anthology series Teri Meri Love Stories’ 90-minute telefilm on 15 September 2012. In 2014, she appeared in the role of ‘Aashna’ in Sony Entertainment Television’s crime television series Encounter. The series included 36 one-hour episodes based on 35 encounters in Mumbai. In 2016, she appeared in Colors TV’s 2008-2016 soap opera Balika Vadhu as ‘Nandini Shivraj Shekhar/Nandini Shekhawat/Nandini Krish Malhotra’. She did the role of ‘Seher’ in &TV’s 2018-2018 romantic/horror series Laal Ishq produced by Jaasvand Entertainments Pvt. Ltd.

In 2007, she appeared in Sony Entertainment Television’s reality show Jhalak Dikhhla Jaa Season 2, which was the Indian version of BBC’s Strictly Come Dancing and Dancing with the Stars. She was a guest in the reality series Bigg Boss – Hindi Season 9 in 2015, hosted by Salman Khan and aired Colors TV. She came in the show along with Siddharth Shukla, Raghav Juyal and Sana Saeed for the promotions of Fear Factor: Khatron Ke Khiladi 7. She contested in Colors TV’s reality and stunt television series, Fear Factor: Khatron Ke Khiladi 7 in 2016 produced by Endemol India of Deepak Dhar. In reason to a leg injury, she was eliminated from the show on 20 March 2016 with the 10th place among the participants. She contested in Colors TV’s celebrity cooking reality serial Kitchen Champion 5 in 2019 that presented cook-off between celebrities. The show is also aired on Voot, the subscription video-on-demand platform. She appeared as a guest in Bigg Boss – Hindi Season 13 presented by Salman Khan from September 2019 to February 2020.

Mahhi Vij won the STAR Parivaar Awards for Favourite Pratiyogi in 2013 for her work in Nach Baliye 5.

Mahhi Vij got married to film and television actor Jay Bhanushali in 2011. Mahhi and Jay together were the winners of Star Plus TV’s 2012-2013 celebrity couple dance reality television series Nach Baliye Season 5 hosted by Karan Wahi and Gautam Rode with Shilpa Shetty, Sajid Khan and Terrence Lewis as judges. There have been rumours that Mahhi had a clash with Jai in 2012 after he was seen in intimate scenes with Surveen Chawla in the film Hate Story 2. They have also appeared together in Color TV’s 2013-2016 sketch comedy and celebrity talk show Comedy Nights with Kapil hosted by Kapil Sharma in 2014. Mahhi and Jay have an adopted a daughter, Khushi and a son, Rajveer. In August 2019, they became parents to their first biological child, a daughter named Tara.

Her name was changed from ‘Mahi’ to ‘Mahhi’ upon the advice of a numerologist. Her favourite actors are Shah Rukh Khan and Kajol and favourite films are Kuch Kuch Hota Hai and PS I Love You. Her favourite holiday destination is New Zealand and Chicago. Her zodiac sign is Aries.

The India Content website has a good stock of Mahhi Vij images. The high-definition images on the website are available in three sizes – small, medium and large. 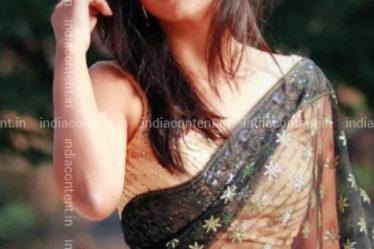